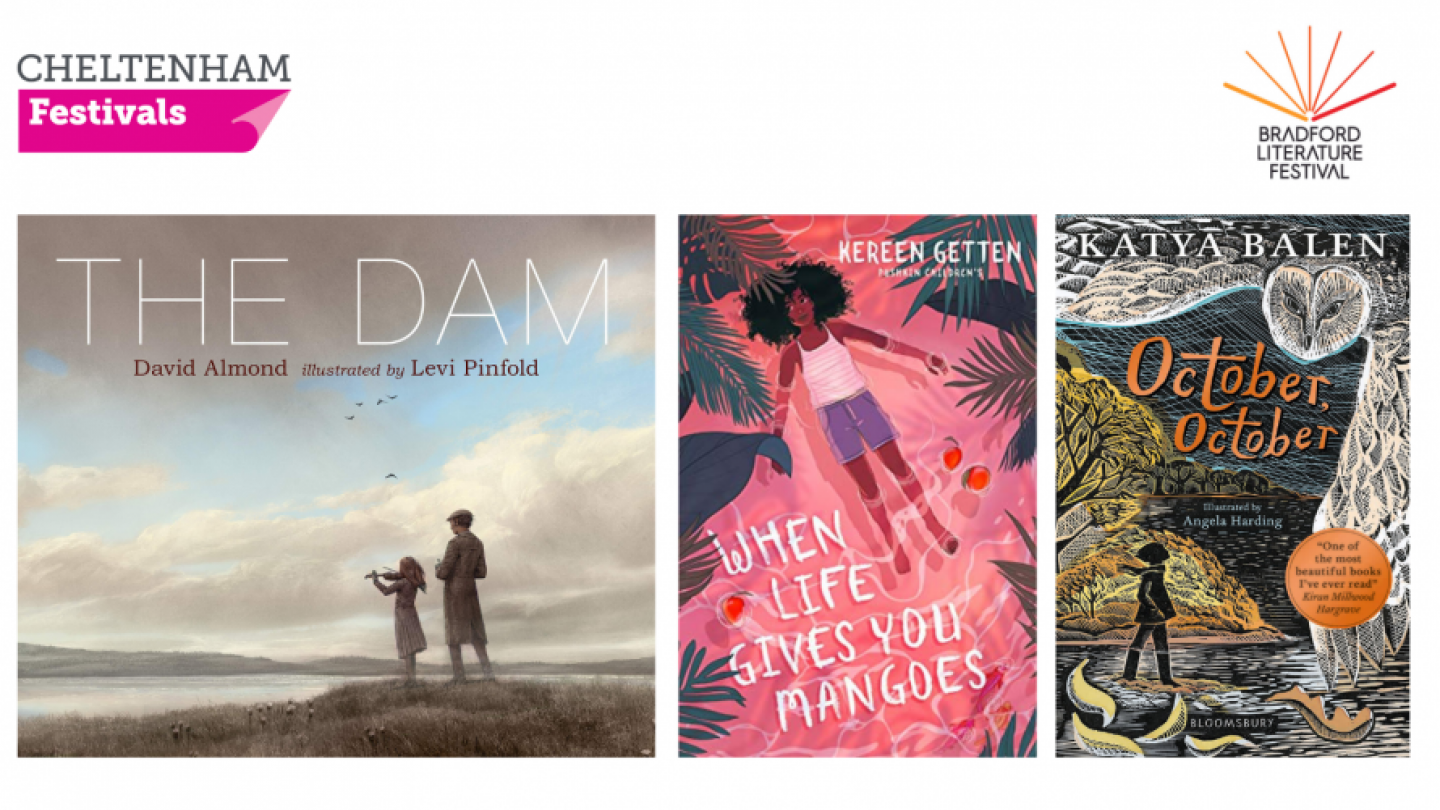 As part of our recent group discussions here at the Bradford Literature Festival, we have been exploring how stories can link with sounds. For those students that may struggle to immediately engage with literature, sounds and songs can act as a teaching tool to help them access it.

Some of our teachers from the group have put forwards songs that can be used as a soundtrack for our discussed books.

The Water by Johnny Flynn and Laura Marling The Dam

This song has really resonated throughout all the books but specifically The Dam. The folk style of music is a reminder of the fiddle players in the book.

These lyrics from the The Water link with the book by really tapping into the ideas of water being cleansing and bringing about change and looking into the future.

This song linked to The Dam as it’s lyrics cover the themes of grief, reflection and acceptance, all of which are key themes in The Dam. The book captures the essence of processing a tragedy (the flood), grieving yet accepting what has happened. When the little girl plays her violin, it symbolises bringing hope to a lost area and remembering what had happened. When the village floods loss occurs, however other things are created as a result of this such as a beautiful lake.

These lyrics in 00000 Million mirrors the idea of processing pain and moving forward with acceptance but still respecting what was lost.

This song was picked for Clara and Rudy. The calypso beat is one really reminiscent of the setting of the book but the lyrics really juxtapose this. It can be imagined that Rudy is using this song to explain what it’s like living in London to Clara. It can also be imagined that Eldorath is dancing about his big house to this song in all of his amazing fancy clothes.

If this song was used we’d learn the lyrics and think about how we could write one for Clara about where she lives and then maybe even one for here in Bradford! (The song was also picked because it’s in Paddington)

This song was chosen because it sums up how October would be feeling at the end of the book when she’s looking out into the woods with the sun shining waiting for her friends to arrive. October has had a hard time throughout spending lots of time with her mum, who she didn’t want to be with, and almost resented her for the past. However, by the end of the book October is back in her happy place and feeling like life is good again with her friends visiting her for her birthday.

Go Your Own Way by Fleetwood Mac October, October

This song was chosen because it nods to the relationship October has with her mum, not really knowing the story behind her mum leaving and that she wouldn’t give her mum a chance. The song also pairs with the idea that October is quite strong willed and independent and seems to have her own path/future/present mapped out as she wants it to play out.

A Forest by The Cure October, October

After getting to know October and her story, it was really clear that her link to the woods where she lived and her great love of them was a key element to her personality. Without the woods she felt lost, alone and abandoned – always trying to get back to her home and unable to function without being fully immersed in nature.

“Come closer and see,
See into the trees,
Find the girl,
While you can”

These lyrics were a reminder of the chapter where October is running away from her dad in the woods and is hiding, not wanting to be taken into the “real world”. This song really sums up how October and the woods are one and the same.