The FameLab Academy winner 2016 has been found!

Congratulations to Sabrina Torris from The Cotswold School for becoming the 2016 FameLab Academy winner after delivering her enthusiastic talk on stem cells.

The final was the culmination of a 5-month science communication competition which involved more than 1000 Year 9 students across Gloucestershire in researching, creating and delivering a 3-minute presentation on a STEM subject of their choice.

FameLab Academy is a great thing to be part of. It’s great for imagination and it’s great to see so many young people inspired to participate as science and engineering are fundamental to everyday life.

Nine schools competed with the winning presentations from each school covering fascinating topics such as schizophrenia in twins, allergies and even posed questions such as ‘Could a zombie Apocalypse really happen?’ or ‘Will robots ever rule the world?’

Judges this year were Ben Garrod, evolutionary biologist and TV presenter, Kate Clark, presenter from BBC Radio Gloucestershire and Rhys Kearney, engineer from EDF Energy. They were judging the students on the content, clarity and charisma of their presentations. During the judges deliberations the audience were entertained by quantum physicist and science communicator Nic Harrigan. 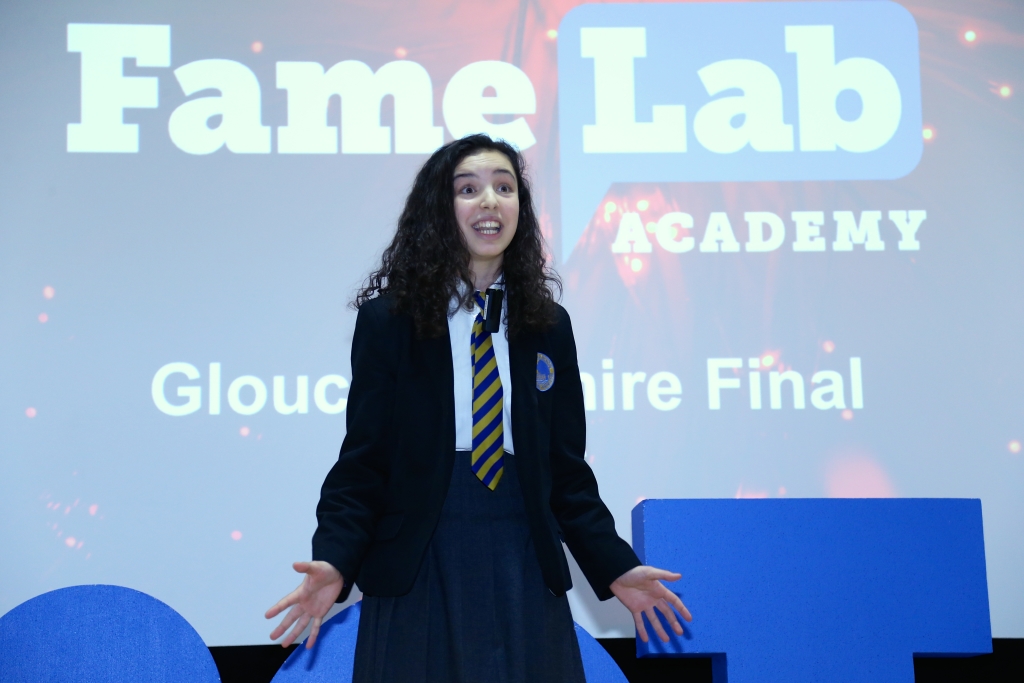 As well as book prizes, all of the Finalists received vouchers to the Cheltenham Science Festival in June – we look forward to seeing them there! 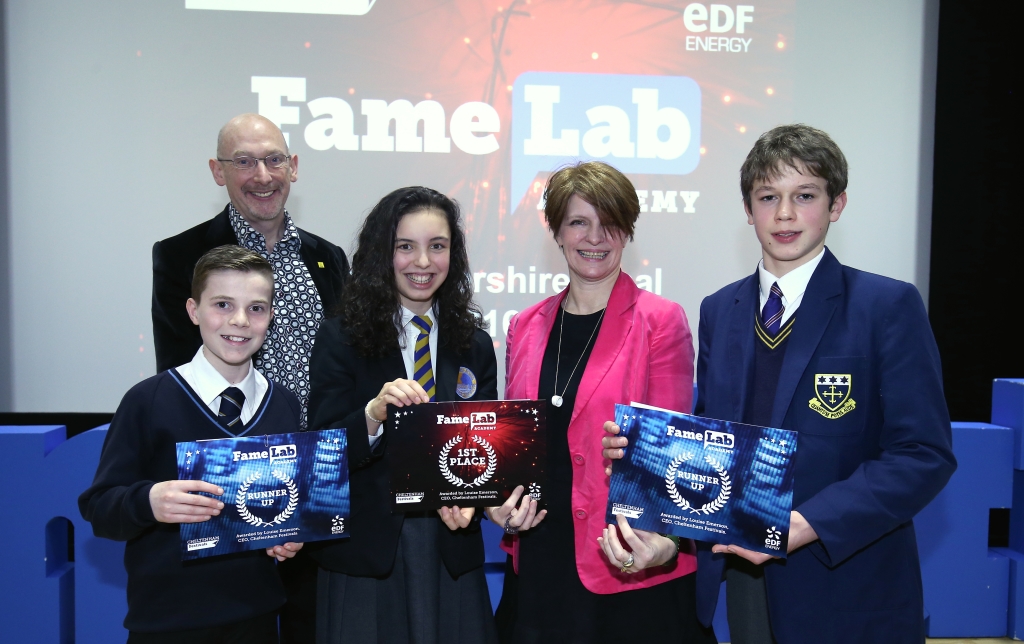 FameLab Academy is a sister competition to Cheltenham Festivals’ FameLab – the world’s leading science communication competition which discovers and promotes the best new voices in science, technology and engineering, and is currently hosted in 26 countries.