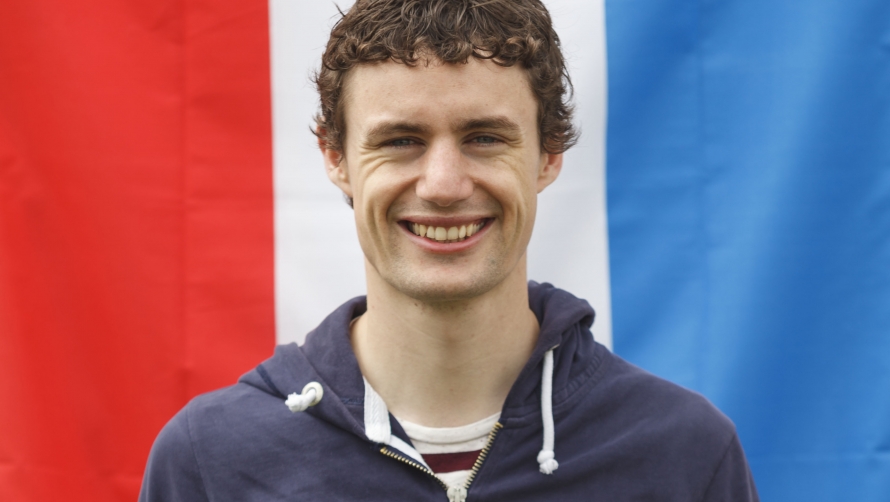 Have you ever wondered what goes on in the head of a FameLabber just before they enter the stage?

Strictly speaking, as Quentin Cooper pointed out at this year’s FameLab International Final, our 2014-winner Pádraic Flood represented not only one but four countries in Cheltenham. Originally from Ireland, Pádraic is currently finishing his PhD in plant genetics at Wageningen University in the Netherlands and entered FameLab under the flags of the tripartite Benelux.

Mastering his 3-minute talk on how the manipulation of photosynthesis could positively affect feeding our world’s population, Pádraic persuaded our FameLab judges Alice Roberts, George Zarkadakis and Jim Al-Khalili with “incredibly elegant explanations” of his science, his “use of metaphor” and his exceptional description of the influence science can have on our everyday lives. Find out more in Pádraic’s personal account on his experience with FameLab below!

On the 10th of February I received an email from my graduate school, Experimental Plant Sciences, with the heading “PASSIONATE ABOUT SCIENCE? SHARE IT WITH THE WORLD!” this piqued my curiosity and I read further and came across FameLab for the first time. It sounded like lots of fun but I initially dismissed the idea of entering as I was already too far behind with writing my thesis and really didn’t need another distraction. For some reason I didn’t forget about it and almost a month later on the 6th of March (according to my diary) I looked into it again. The deadline for entering was the following Monday and I still doubted whether it was a good idea or not. I decided to just leave it and see how I felt the following Monday. That morning I woke up feeling in the mood for a challenge so I wrote my application and entered. On March 19th I got an email from our science communication officer Jac Niessen saying that I had been selected to speak in the Wageningen heat on the 27th of March. I was to be the 17th speaker out of 26, I remember wondering how the judges would manage.

Over the following week or so I toyed with ideas of what to talk about and how to say it. In the end I decided I would talk about my own research as I felt that that was the point of science communication in the first place – to get scientists to talk about what they do with the public. I remember bringing a script together the night before the heat and then realising that even reading as fast as I could there was no way I could get my talk below four minutes! This was a big problem as I just couldn’t see what I could remove. So I asked for help: I Skyped my parents and pitched them the talk. Neither of them have a scientific background so they were the perfect sounding board to see if what I said would make any sense to the public. Rather serendipitously my sister Sarah, who studied English as her bachelors, was home. She was just fantastic, removing word after word until only what was necessary remained. I spent the next morning rehearsing, I had never memorised a talk before, but with such strict time constraints there was no room for error. 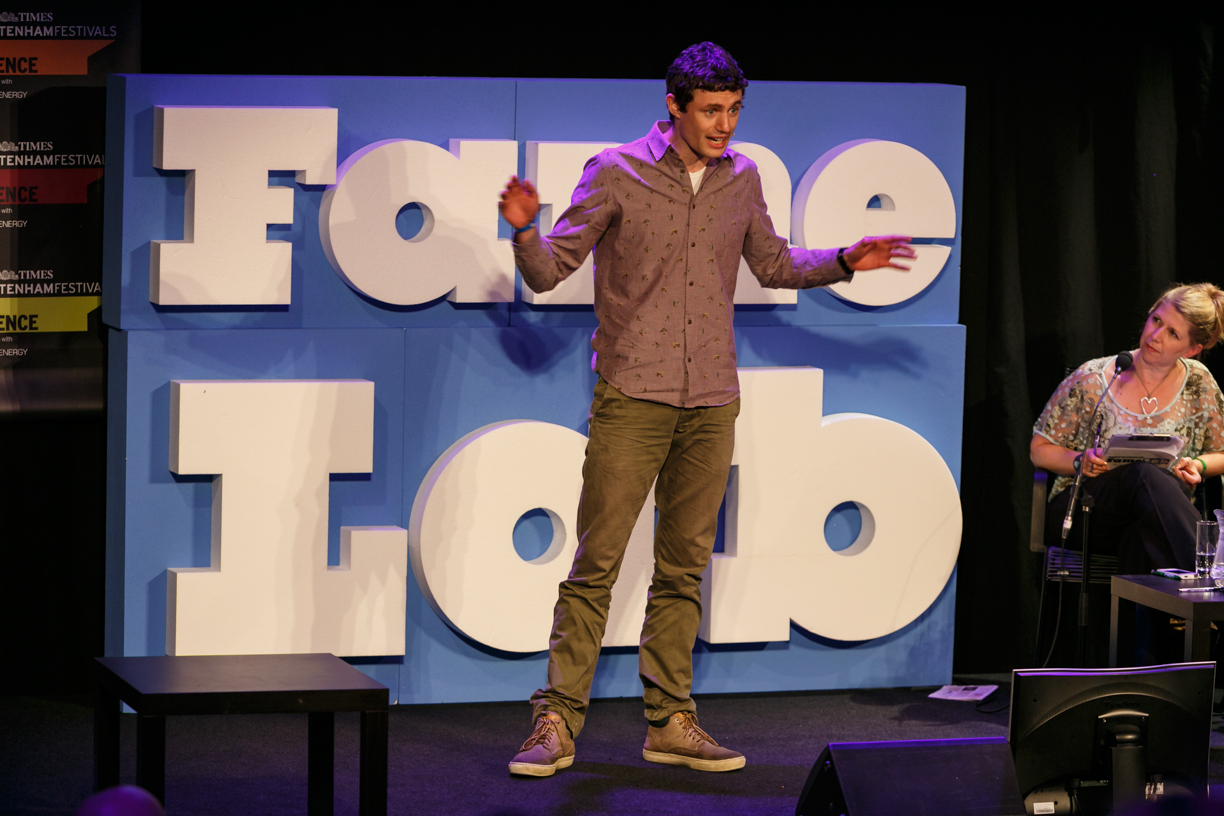 I was quite nervous, some of the talks were really good. Eventually my turn came and I managed, but not quite as smoothly as I had hoped. I was far from sure that I would go through. When they called out my name, along with Pieter Thyssen and Lenny de Jager, I was delighted. I was very excited about going to the master class with Malcolm Love, bringing together 12 FameLabbers from across Benelux at KNAW, the Royal Netherlands Academy of Arts and Sciences. We learnt a lot but what impressed me most was how passionate and talented the other contestants were. I was inspired by them, and decided that I would really need to put some effort in for the final so I wouldn’t look like a fool when I got up there.

The Benelux national final was on the 22nd of May and I had to make a new talk, so I came up with a few ideas ranging from ancient hybridisation events between our ancestors and extinct human species such as Neanderthals and Denisovans, to kin selection and why the Good Samaritan was good. In the end most of the people I asked preferred a talk I gave about the evolution of oxygenic photosynthesis and the profound effect it had on both our planet and life itself. I did my best to bring as much as I could together to make a compelling story. Even so, I really did not expect to win, in fact I figured it was probably better if I didn’t as then I could go back to my thesis writing. Consequently I was much more relaxed for the final than I had been for the heat. I was looking forward totelling this story and hopefully inspiring some of the audience to see plants, algae and cyanobacteria in a new light. Amazingly I won!

So off I went to Cheltenham and as before I was greeted with a bunch of fantastic fellow FameLabbers from all across the world and from all disciplines of science. I was due to speak in the second semi-final on the 4th of June. I remember sitting in the audience for the first semi-final the night before and being both entertained and intimidated by the quality of the talks. During the build-up to my talk in the semi-final I was very nervous. I discovered that I really wanted to get to the final as I wanted the opportunity to present both of my prepared talks. When the moment came I got up and did my thing. The talk and the questions went well but I was far from sure I would go through as the quality of the other presentations was so high. Once again I was very happy and somewhat surprised that I managed to get to the final. 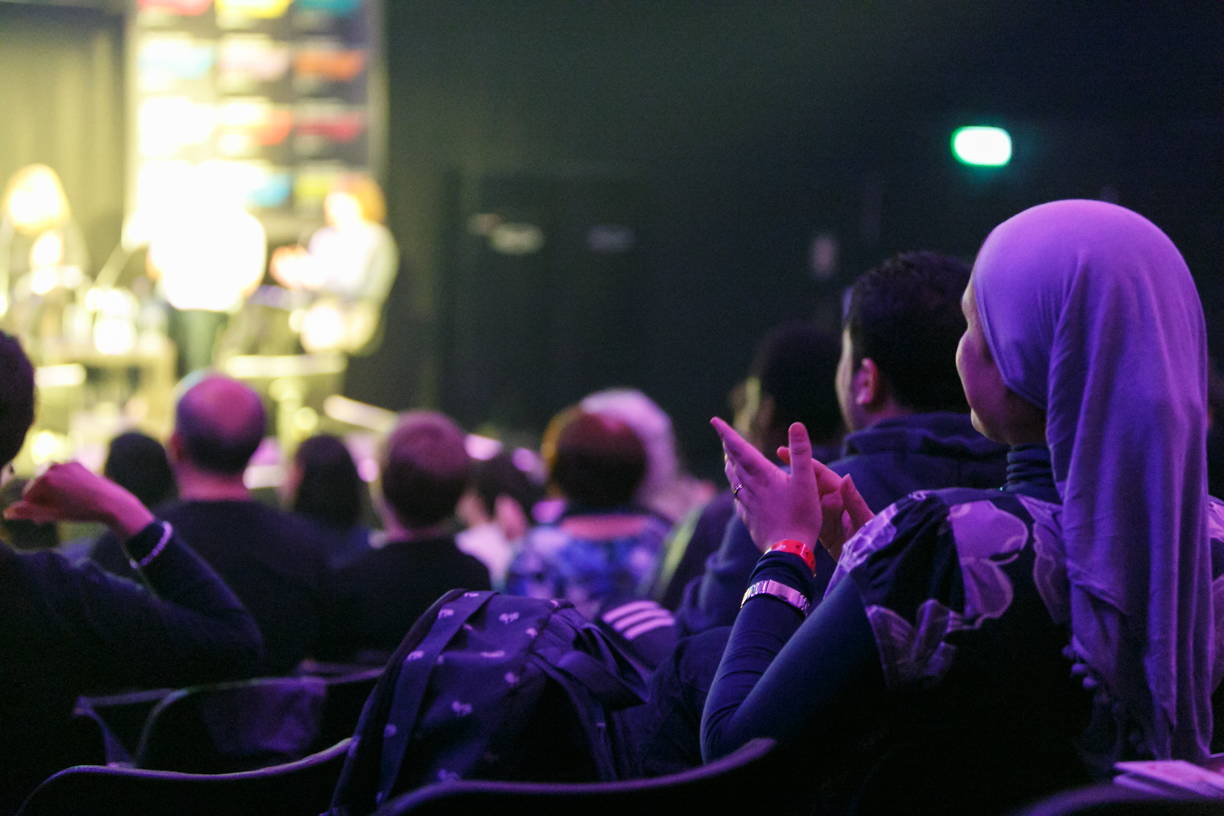 The next day I spent the morning rehearsing my talk and I discovered that my biggest fear was not forgetting my lines but giving the wrong talk. I had rehearsed the talk for the semi-final the night before to such an extent that I found myself switching to it without noticing when I was rehearsing my talk for the final. This freaked me out a bit, but I decided there was nothing I could really do except keep practicing and stay focused and in the moment when the time came to get up on stage. I just wanted to tell a good story and turn the audience on to how important and amazing plants are. I had already been dazzled by the performance of some of the other FameLabbers and thought I really had no chance. I was still wondering who would win when Alice Roberts called my name out. I was genuinely shocked and didn’t really know how to react. Needless to say I was delighted and went on to have a great night out with everybody involved, from FameLabbers and British Council staff to cameramen and journalists.

Now that I sit here writing this and reflecting on the last four months I am really amazed by the whole thing. All I can say is how fantastic the experience was and if any other young scientists are reading this please do enter next year. I will be watching and I know you will inspire me as all of my fellow FameLabbers already have. Good luck and remember why you are there – not to win but to tell compelling stories and to have fun!