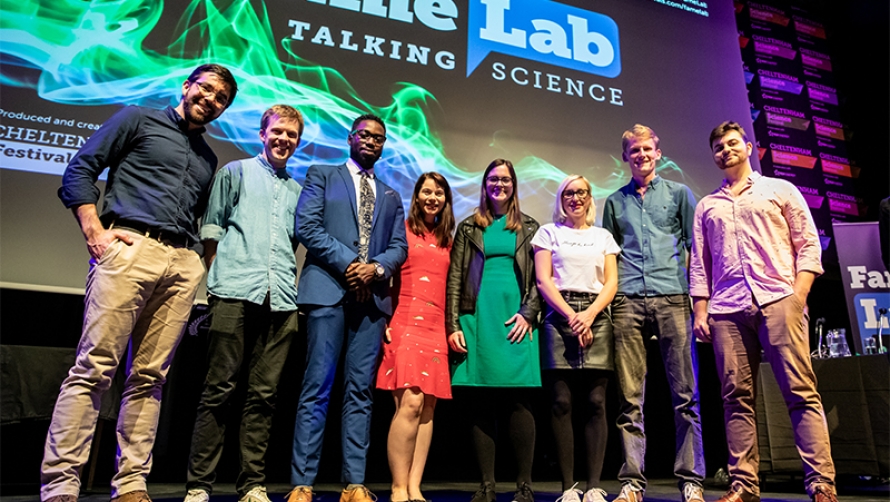 The UK final was hosted by broadcaster Quentin Cooper and judged by Chair of the Cheltenham Science Festival Vivienne Parry, broadcaster Dallas Campbell and 2014 FameLab finalist Jonny Brooks. Our FameLab Academy winner Arwen Borthwick-Hunter from Westonbirt School and runners up Beth Browne from Chosen Hill School and Maya Hall from Wyedean School also joined the stage to present their three-minute talk to the audience.

Following an impressive evening of performances, the judges crowned Tim Gordon – marine biology PhD student at Exeter University, as the 2019 winner and to represent the UK at the FameLab International competition.

Representing Exeter and the UK in this competition has been a great opportunity to share the research that my colleagues and I do, whilst also being inspired by the work of other scientists from around the world. 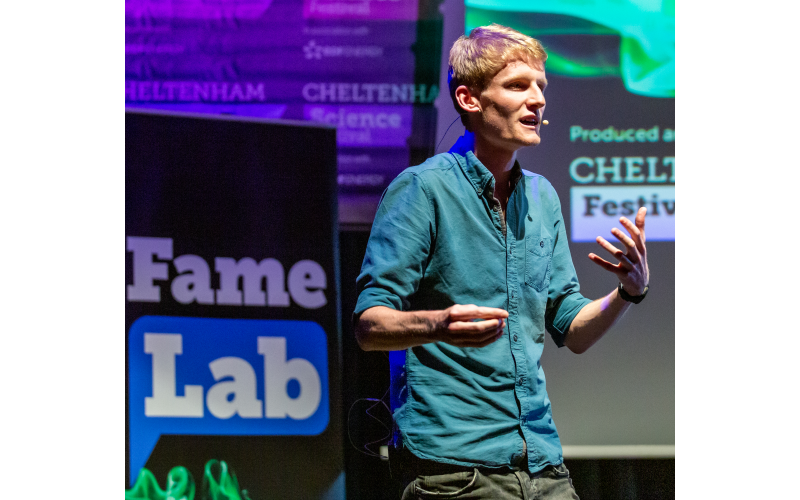 Tim is joining the ranks of FameLab alumni, many of which have gone on to careers in broadcasting and performing, like Maggie Aderin Pocock (BBC Sky at Night) and Steve Mould & Matt Parker (Festival of the Spoken Nerd) and Kyle Evans (Born to Sum).