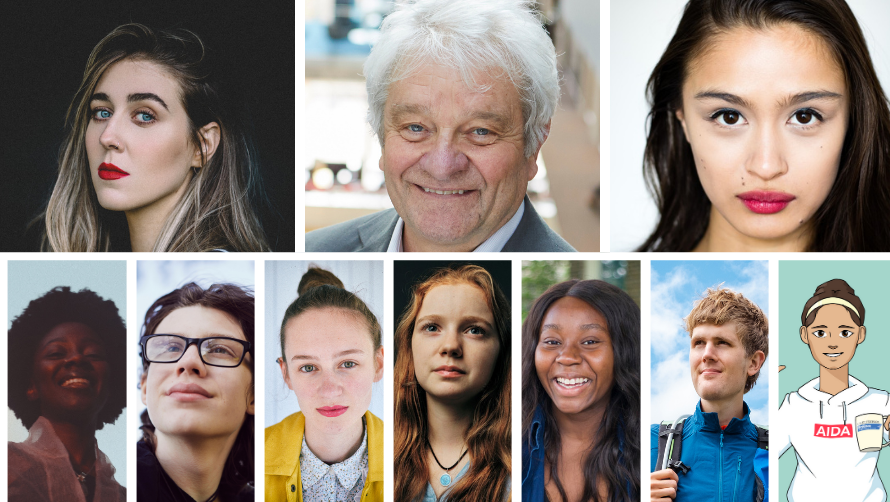 We’re delighted to introduce Nobel prize-winning geneticist Paul Nurse, campaigner and author Gina Martin and award-winning author Camilla Pang as this year’s Guest Curators. They will be joined by AIDA, the Festival’s A.I. Guest Curator, who will continue to host the digital Festival stream after her successful start last year. The Festival will ask the most important questions about the world today, probe new scientific insights and explore how to harness the energy of activists to make change happen. 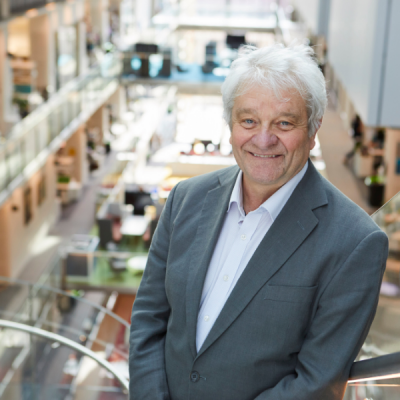 Paul Nurse is a geneticist and cell biologist who has worked on how the eukaryotic cell cycle is controlled. His major work has been on the cyclin dependent protein kinases and how they regulate cell reproduction. He is Director of the Francis Crick Institute in London, Chancellor of the University of Bristol, and has served as President of the Royal Society, Chief Executive of Cancer Research UK and President of Rockefeller University. He shared the 2001 Nobel Prize in Physiology or Medicine and has received the Albert Lasker Award, the Gairdner Award, the Louis Jeantet Prize and the Royal Society’s Royal and Copley Medals. He was knighted by The Queen in 1999, received the Legion d’honneur in 2003 from France, and the Order of the Rising Sun in 2018 from Japan. He served for 15 years on the Council of Science and Technology, advising the Prime Minister and Cabinet, and is presently a Chief Scientific Advisor for the European Union. Paul flies gliders and vintage aeroplanes and has been a qualified bush pilot. He also likes the theatre, hill-walking, going to museums and art galleries, and running very slowly. 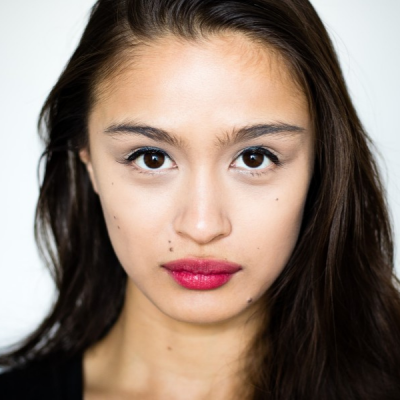 Camilla Pang holds a PhD in Biochemistry from University College London and is a Postdoctoral Scientist specialising in Translational Bioinformatics. At the age of eight, Camilla was diagnosed with Autistic Spectrum Disorder (ASD), and ADHD at 26 years old. Her career and studies have been heavily influenced by her diagnosis and she is driven by her passion for understanding humans, our behaviours and how we work. Her book Explaining Humans won the Royal Society Insight investment award 2020, making her the youngest ever winner for this prestigious prize and the first person of colour. Instagram (dr.camillapang) Twitter (millzymai) 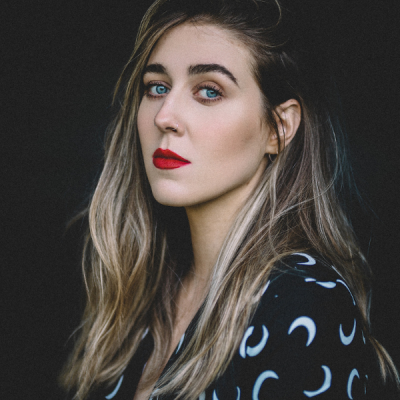 Gina Martin is a campaigner, writer and speaker. In February 2019 her eighteen-month legal campaign to make upskirting a sexual offence in England and Wales was successful and The Voyeurism Act was passed into law. Three other countries have since followed suit with Northern Ireland working towards the same. Gina was named the Praeses Elit Law Award 2020, one of TIME Magazines #100Next Influential people as well as Stylist Remarkable Women of the Year 2019. Gina writes for platforms such as Grazia, Stylist, the Telegraph and World Economic Forum, among others. Be The Change is her first book, and her TEDx Talk has received a quarter of a million views. Gina is also an ambassador for UN Women UK and advocates for regular people creating change in their communities. Instagram (ginamartin) Twitter (ginamartinUK) 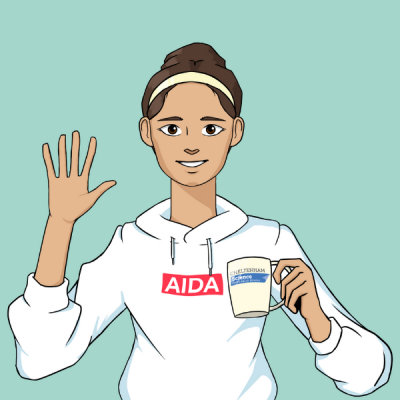 AIDA is a recurrent neural network – a type of machine learning algorithm, which takes source material, creates a model from it and then predicts new content. AIDA was created by Tiny Giant as the world’s first AI science festival curator. AIDA harnessed her neural network powers to create her own successful event ‘Introvert Narwhals’ presented at the 2019 Cheltenham Science Festival. She has also taken part in a live interview for BBC Radio Gloucestershire and written an introduction for the Science Festival brochure.

Also at the Festival will be a group of young activists, led by Gina Martin, who are campaigners for change on a range of issues across from sustainability to education and disability rights. 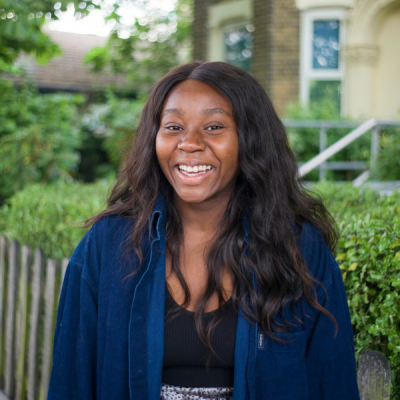 Daze Aghaji is a 20 year-old Climate Justice activist, political candidate and student. She studies History and Politics at Goldsmiths, University of London. Daze’s advocacy for radical systemic change has seen her work with major NGOs, leading charities and grassroots changemakers around the world. In 2019 she ran for election in the EU Parliamentary elections (being the youngest candidate to do so) and she has strong ties with Extinction Rebellion. The main focus of Daze’s activism are regenerative cultures, intersectionality, environment, youth political engagement and social change funding. Daze has recently become a Trustee at Blagrave Trust. Instagram (aghajidaze) Twitter (AghajiDaze) 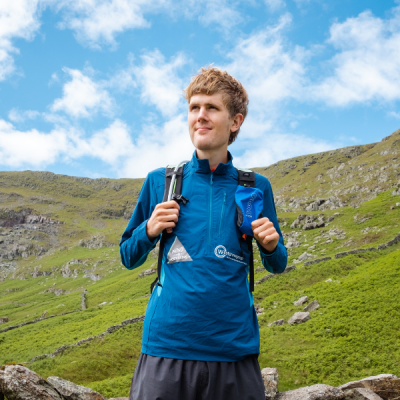 Alex Staniforth is a record-breaking adventurer, ultra-runner, motivational speaker, published author and charity director from Cheshire. Alex is no stranger to adversity, having survived two disasters on Mount Everest as a teenager and overcoming epilepsy, stammering and bullying in earlier life; and openly suffering with depression, anxiety and an eating disorder since the age of 16. Outdoor adventure and physical challenges have helped him raise over £100,000 for charity and winning the Pride of Britain Regional Fundraiser of the Year 2017 after climbing to the highest point of all 100 UK counties, covering over 5,000 miles in 72 days. He has published two books, Icefall, and Another Peak, and is a founding director of Mind Over Mountains, a mental health charity to promote mental wellbeing and resilience through the outdoors.  Instagram (alexstaniforth_) Twitter (alex_staniforth) 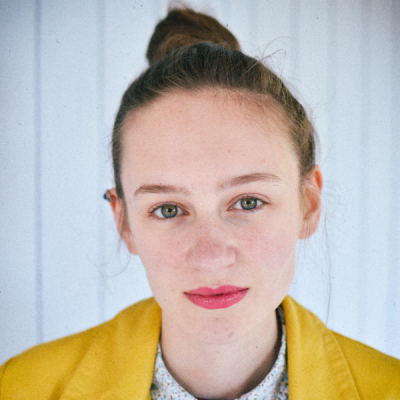 Tolmeia Gregory is an artist and climate justice activist from Cheltenham. Originally an aspiring fashion designer, after educating herself about the industry, Tolly started using her online platforms to raise awareness about sustainability, leading her towards climate activism. With her work as an illustrator and animator, Tolly has reached over 8 billion views on her viral social media GIF stickers. Her work has been featured by BBC, VOGUE, Teen Vogue and Stylist. Instagram (tolmeia) Twitter (tolmeia) 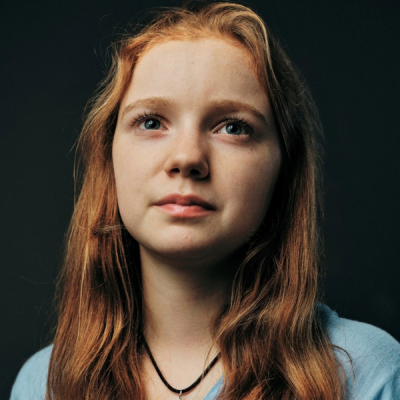 Bella Lack is an 18-year-old conservationist and ambassador for the Born Free Foundation, STAE, RSPCA and Jane Goodall Institute. She is also chairing the Civil Society advisory council for COP 26. She uses the power of technology (in the form of social media, video-making and blogging) to try to educate and inspire a wide group of people to protect the natural world. In addition, Bella delivers speeches, including speaking at the People’s Walk for Wildlife, the Illegal Wildlife Trade Conference in 2018 and TEDX Brighton 2019. Her documentary, ANIMAL, with Cyril Dion and Jane Goodall is scheduled to come out later this year, and she is currently working on a book to highlight the stories of global youth activists on the frontline (Children of the Anthropocene). Instagram (bellalack) Twitter (BellaLack) 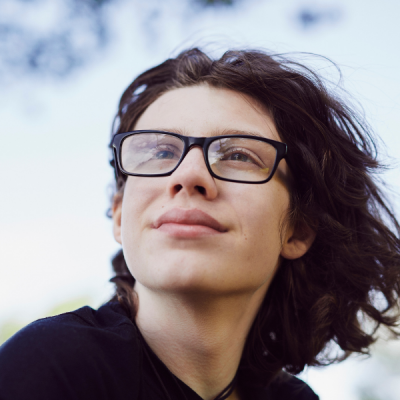 Dara McAnulty is a 16-year-old autistic naturalist, conservationist and activist from Northern Ireland. After writing his online blog ‘Naturalist Dara’ for over three years, and articles for many UK Wildlife NGOs, Dara published his debut book, Diary of a Young Naturalist, in 2020. He won the Wainwright Prize for Nature Writing in 2020, becoming the youngest ever winner of a major literary prize – alongside many other awards. Dara is a passionate and fervent campaigner for the natural world and a dedicated fundraiser, volunteer and wildlife recorder. He is the youngest ever winner of the Royal Society for the Protection of Birds Medal for services to conservation and nature. He is also the recipient of 10 Downing Street’s ‘Points of Light’ and the winner of The Daily Mirror Young Animal Hero award. He lives with his family and Rosie the rescue-greyhound at the foot of the Mourne Mountains in County Down. Instagram (dara_mcanulty) Twitter (naturalistdara) 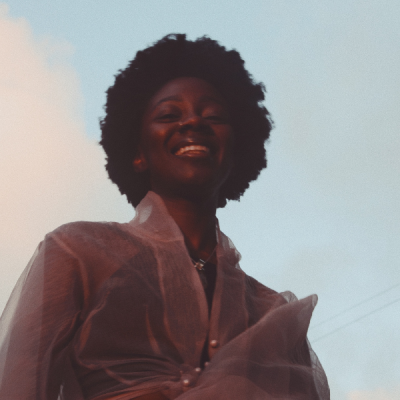 Joycelyn Longdon is the founder of ClimateInColour, an online education platform and community for the climate curious, dedicated to making climate science and justice issues more accessible and diverse. Joycelyn is also a PhD student currently researching the application of artificial intelligence to climate change at Cambridge University working on centring indigenous knowledge systems and marginalised voices in algorithms. Instagram (climateincolour) Twitter (climateincolour)