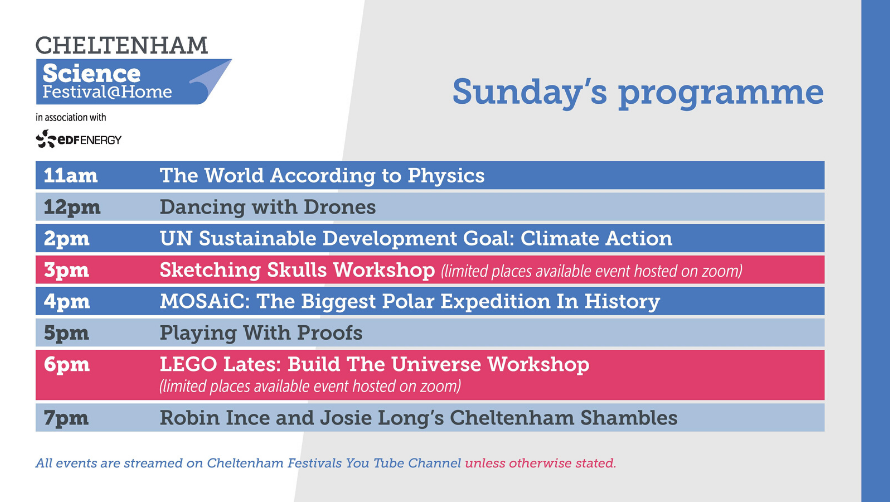 Everyone’s favourite physicist Jim Al-Khalili is joined by Sumit Paul-Choudhury to explore where theoretical physics stands at the dawn of the third decade of the 21st century.

Andy Miah has us dancing with drones as he explores how they will affect the future of our species as they gradually replace the need for humans.

The third and final exclusive FestCast’s is Reimagining The Future In The Time Of Corona. UCL’s Professor of Climatology Mark Maslin, Associate Professor of Science & Technology Studies Jack Stilgoe and Professor of Virology, Deenan Pillay talk to Science Festival Chair, Vivienne Parry about the future post-coronavirus.

We revisit David Attenborough’s fascinating talk from Cheltenham Literature Festival in 2018. He discusses the environment, his childhood, the latest edition of Life on Earth, working at the BBC & much more.

Helen Czerski speaks to Ian Brooks, Allison Fong and Julienne Stroeve, who have recently returned from the largest polar expedition in history. They discuss their ground-breaking research and life in the shifting ice.