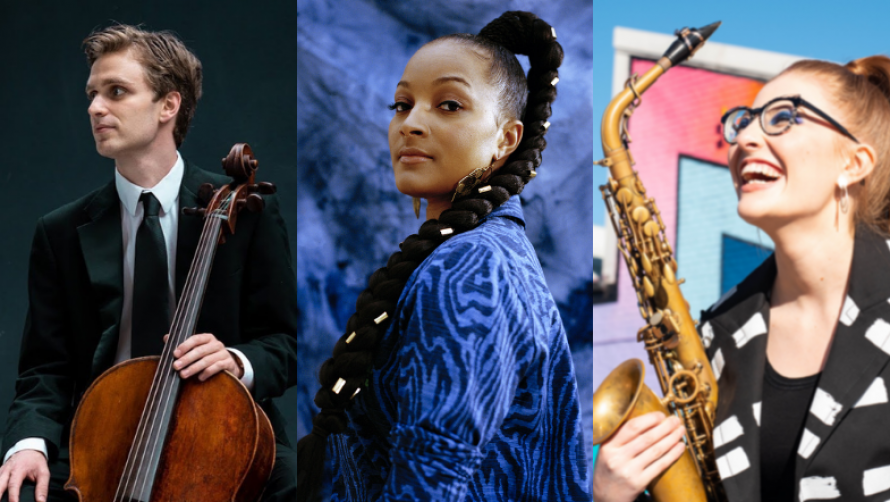 Cheltenham Music Festival announces a packed 10-day Festival taking place between 2-11 July. After having to cancel last year’s Festival due to the pandemic, the Festival is back with a full programme featuring symphony orchestras, world-class ensembles, star soloists, world premieres and up-and-coming talent, and includes films, talks and a musical ramble around Highnam in the footsteps of Hubert Parry. Concerts with socially-distanced audiences are taking place in venues in and around Cheltenham, including the Classic FM Stage in Cheltenham Town Hall, Cheltenham Playhouse, Parabola Arts Centre, Gloucester Cathedral, St Gregory’s Church and Pittville Pump Room.

In a special celebratory weekend bringing Cheltenham Jazz Festival and Cheltenham Music Festival together, 9-11 July will see the return of the hugely popular Free Stage, which will host an array of acts in Imperial Gardens across the weekend, showcasing a wide range of artists from the worlds of classical, jazz, indie, folk, Americana and beyond.

And following its two-day digital Festival over the May Bank Holiday, Cheltenham Jazz is back in real life at Cheltenham Town Hall with six unmissable in-person concerts on 10 and 11 July.

“I am tremendously proud that our team will bring world-class performances to Cheltenham this summer. For those who love classical music, whether professional or amateur performers, creators or audiences, it has felt that the industry is standing on a precipice.”

There’s plenty for families to enjoy including Lilliput concerts for pre-schoolers, a percussion workshop from GMizz, face painting and circus skills.