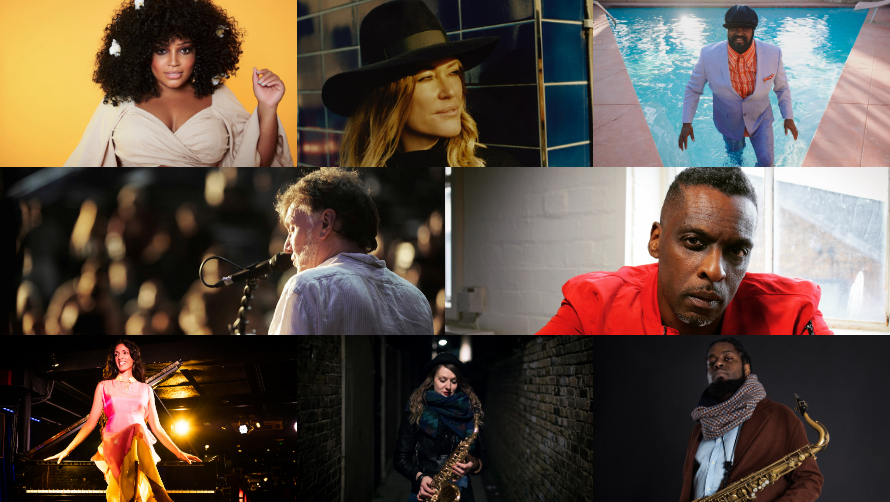 Cheltenham Jazz Festival is set to return in 2021 with a free-to-view, two-day digital event taking place across the May Bank Holiday weekend followed by a series of ticketed in-person concerts at Cheltenham Town Hall over three nights in July (government guidance permitting). The festival will present an array of world-class shows from a varied selection of established stars, heritage legends and emerging talent from across the jazz, pop and soul spectrum. The weekend will be hosted by BBC 6Music presenter Cerys Matthews and the Festival’s Artistic Curator Gregory Porter.

The first artists to be announced for this year’s digital festival include headline shows from one of the singular soul voices of the ‘60s and ‘70s, the British rhythm and blues star Steve Winwood, and one of the major voices of 21st century jazz, the multi-million-selling US vocalist Gregory Porter. Winwood will be premiering brand new material recorded during lockdown whilst Porter will be performing a set especially created for Cheltenham. Winwood and Porter’s streamed concerts will top the bill on Saturday May 1st and Sunday May 2nd respectively.

This weekend reflects the breadth that Cheltenham Jazz Festival offers, giving a platform to some fabulous young upcoming artists as well as international stars, and with more exciting announcements to come.

A vibrant selection of international acts will also appear across the weekend including Broadway and West End star Marisha Wallace, Cuban trumpeter Yelfris Valdes, French singer Leïla Martial with her Baa Box group, and a first UK show from Portuguese punk-jazz outfit The Right of Trio.

The festival’s live programme in July, which will be taking place following the proposed easing of lockdown restrictions, will feature a selection of the leading lights of the UK scene, with acts to be announced in May.

The 2021 programme continues the Festival’s focus on championing women in jazz. One of the first to sign up to the PRS Foundation’s Keychange programme, Cheltenham Jazz Festival is leading the debate on Women in Jazz. Research conducted at the Festival in 2019 by Dr Sarah Raines from Birmingham City University revealed that there is much work to be done to transform the landscape of the music industry in giving equity to female jazz musicians. A link to Dr Raines’ full report can be found here.

The Festival will once again run in association with BBC Radio 2 who will broadcast a special edition of Jamie Cullum’s radio show on Tuesday 4th May 2021, marking what would have been his tenth appearance at the festival, featuring highlights from some of this year’s performances alongside classic live tracks from previous years.

Get ready for @CheltJazzFest by forming your very own Jazz Band at home! Using everyday items you can find at home… https://t.co/agD2783dZK

What’s your best memory of @cheltjazzfest? Share your fav festival moments and help @bbcradio3 and @AlynShipton b… https://t.co/48CoAkkM8d

@ginamartinuk Hear more from Gina at this year's #CheltSciFest about campaigning for the causes you believe in and… https://t.co/gRu3Em7QIS

4 days ago
Back to Top