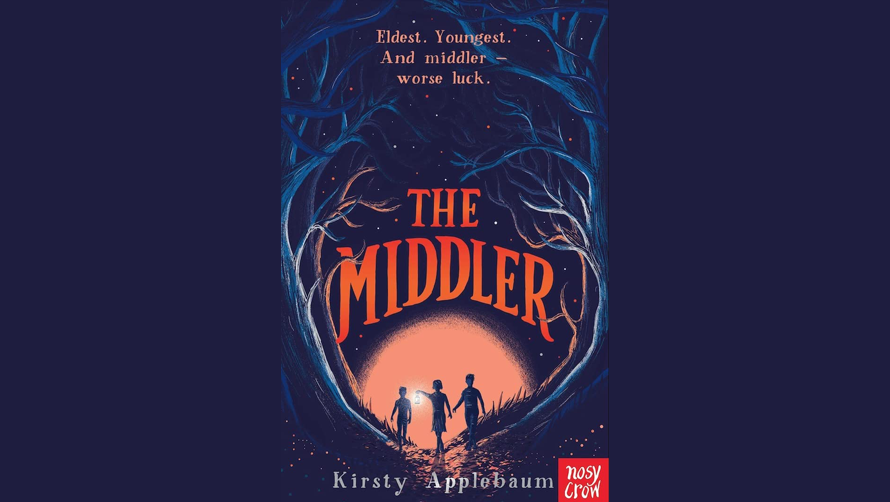 Having attended the introductory session of the RT=RP programme at the Just Imagine Story Centre in Essex, I was very inspired to use our first book, The Middler, by Kirsty Applebaum, in a Reading Group for Year 6 children and their parents (I am a year 6 teacher and I really loved the book and thought it was extremely relevant to my pupils to encourage their empathy to ‘outsiders’ and to encourage them to challenge things which they feel are wrong).

I sent out a letter to all Year 6 parents, inviting them to the group, explaining that I would provide comfy seats and refreshments if they would provide a child and a copy of the book. It was stressed, that if purchasing the book was a problem, to still attend and the school would provide a copy.

So, our group began. At first only two parents and their children attended, but the parents enjoyed the first session so much they posted a comment on the class Facebook page and two more parents and children subsequently joined. And then there were eight.

We meet every fortnight from 3:30 – 4:15pm and from the start the sessions were thoroughly enjoyable. It was lovely to hear how the parents and children had been discussing the story and characters between our sessions. At first, the children were the most vocal; keen to share their likes and dislikes with the group as, for them, it was a similar set up to their class guided reads. However, it has been an absolute pleasure to see the parents’ willingness and confidence to share their opinions with the group develop over the term.

Involving the parents has led to such rich discussions around the text and has really helped to deepen everyone’s understanding, and enjoyment, of the text.

At the end of each session we agree how much of the book to read before the next session and what the focus of the discussion might be. We started with likes and dislikes, patterns and puzzles and have moved on to discussing themes and links to other texts, films and the wider world.

Everyone agreed that they may not have chosen this genre of fiction as a first choice, but now they are all hooked. During our last session, both children and parents asked to read one more chapter than the one that had been agreed and so they did and there were audible gasps all round as the story took another unexpected turn.
As a secondary benefit, the school was inspected by Ofsted during this past term and one of the children who was chosen to read to her by one of the inspectors was a member of our group. He had been a lower attaining reader and his Mum thought that the group would help him develop his confidence with reading, which it certainly has.

He walked into the library to meet the inspector with his copy of The Middler tucked proudly under his arm (no-one had asked him to bring this), along with his school reading book. I was not party to the meeting but the inspector had a huge smile on her face after she had finished speaking with the pupil and he told me ‘I told her all about The Middler and how brilliant it is and how it has made me love reading’. Needless to say, this was extremely well received and formed part of the initial feedback following the inspection, in which reading provision at the school was praised in glowing terms.

Ofsted aside, the wider impact on the school has also been huge. The children have raved about the book so much that I would estimate that at least 50% of our Year 6s have asked for a copy as an Easter present. The children in the group have also asked to present an assembly about their participation and especially about the book, with the intention to introduce it to all our KS2 pupils. In addition, one of the parents is also a teacher at another school and has enjoyed the book so much she is going to use it as her next class read in her own Year 6 class.

In conclusion, for my school, RT=RP is already having a very positive impact. I personally have enjoyed running the group so much that I have approached the Head to suggest running a Year 5 group too. Feedback from parents has been so favourable and I think they have surprised themselves with how much they have enjoyed engaging with children’s literature, which has been thrilling to witness. In this case the ‘P’ in ‘RP’ could equally apply to parents as much as the pupils.