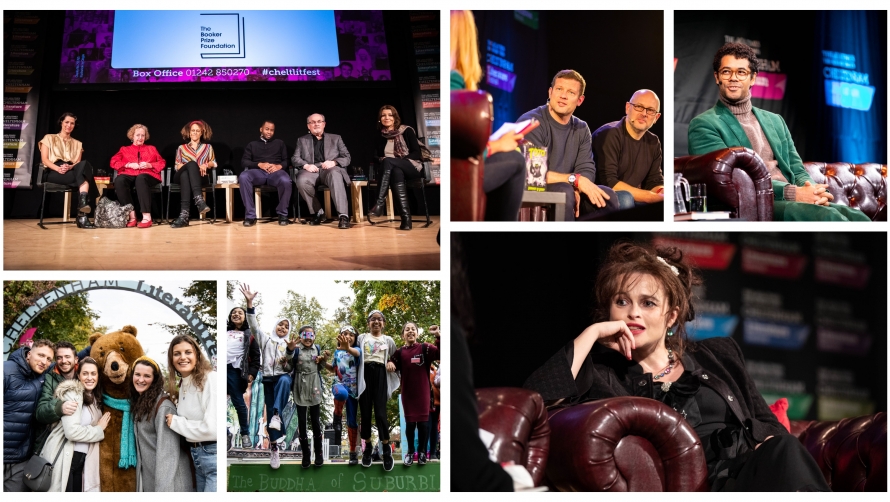 The 2019 Times and The Sunday Times Cheltenham Literature Festival has marked its 70th anniversary with a record-breaking number of tickets sold. With its most international, diverse programme yet, the world’s oldest literature Festival reached a larger audience than ever before, supported by a new broadcast partnership with Sky Arts.

Nicola Tuxworth, Head of Programming, said: “We are thrilled that more people than ever before experienced the Festival’s unique brand of literary revelry. Our programme reflected on seven decades of incredible heritage whilst looking outwards to the raft of talent from around the world, and forwards to the future of the written and spoken word. We recognised literary greats, showcased new voices and, most importantly, helped inspire a future generation of readers, writer and thinkers through cumulation of our year-round education outreach.”

Jackie Kay announced her selection of the top UK-based BAME writers, the best up and coming new talent was showcased including dynamic debuts Candice Carty-Williams, Ronan Hession and Elizabeth Macneal, with Literary Friction as the Festival’s second Podcast-in-Residence.

The Festival welcomed stage and screen stars Tan France, Helena Bonham Carter, Louis Theroux and Andrew Ridgeley, sporting legends Sam Warburton and Alastair Cook, political insight from the likes of Jess Phillips, Rory Stewart, Emily Maitlis and David Cameron. The fun continued after dark with a Game of Thrones quiz night, US story-telling sensation The Moth, and the return of the ever-popular Lit Crawl taking over the streets, pubs and bars of Cheltenham.

The Festival’s year-round education outreach cumulated with over 9,000 school children on-site for the Literature for Schools programme, an extraordinary Young Writers’ Showcase with performances from students taking part in Beyond Words, Write Now and Amnesty’s Words that Burn, as well as the launch of the 2019/20 programme of the Festival’s flagship education project Reading Teachers = Reading Pupils which has been rolled out nationally.

Some stories from the Festival:
• Helena Bonham revealed that she sought psychic help for the role of Princess Margaret
• Sue Perkins admitted that cake was in fact off her ideal menu
• Rory Stewart spoke of how he quit as an MP to run for Mayor so that he could make a difference
• Sky Arts exposed a nation of literary liars, with over half of Britons having had pretended to read a book
• This Country stars teased the audience with the idea of a Cotswold Christmas Special
• Andrew Ridgeley suggested TV talent shows were too brutal for young talent
• Sam Warburton told how his arachnophobia stops him from entering the I’m a Celeb jungle
• David Cameron admitted his daughter has forgotten that he was prime minister
• David Mitchell joked that we might look back on the invention of the internet as a terrible disaster