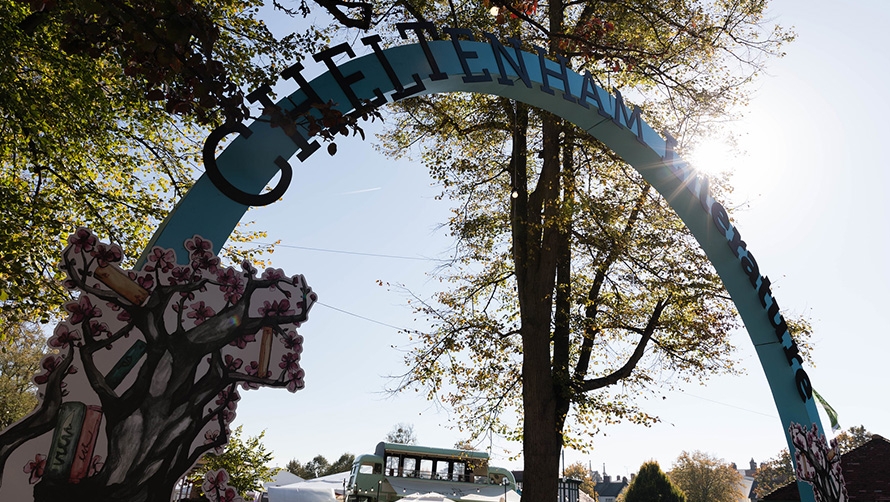 Sky Arts will broadcast live from this year’s The Times and The Sunday Times Cheltenham Literature Festival bringing viewers all the news and action from the world-famous literary event.

A Sky original series, Cheltenham Literature Festival Live will see Sky Arts, the only channel in the UK dedicated to arts and culture, broadcast a packed week of dedicated programming from the festival, daily from Monday 7 October-Sunday 13 October between 7pm-10pm. The series will also be available on streaming service Now TV.

The world’s first literature festival still leads the way in celebrating the written and spoken word, presenting the best new voices in fiction and poetry alongside literary greats and high-profile speakers. It inspires over 9,000 school children who visit the Festival with a love of books, plus thousands more through its year-round education programme.

Sky Arts will be curating dedicated activities within the Sky Arts tent, details of which will be announced soon.

Phil Edgar-Jones, Director of Sky Arts and Sky’s Head of Entertainment, said “The Cheltenham Literature Festival has been celebrating writing and supporting writers for 70 glorious years. Their passion for books and great storytelling is second to none and we are delighted to be bringing the Sky Arts audience the whole festival experience with our unprecedented live coverage.

And look out too for a Sky Arts/Cheltenham Book Doctor event in a shopping centre near you – where we’ll match you to the perfect reading list to suit you!” Cheltenham Live was commissioned by Zai Bennett, Managing Director of Content, Sky UK and Ireland and Phil Edgar-Jones, Director of Entertainment. The series will be made by Storyvault and the commissioning editor for Sky is Bill Hobbins. The executive producers for Storyvault are Sam Richards and Danielle Graham.

It is the latest in a string of recent commissions as Sky continues to invest in original productions. 2019 has been a record year for Sky originals with 19-time Emmy-nominated Chernobyl becoming the most watched original ever with over 4million viewers for the series finale. And away from the screen, Sky secured a record BAFTA haul with seven awards.

Sky Arts is the UK’s only dedicated channel for the arts. It offers something for everyone, whatever their passion, with entertaining programmes showcasing the best of classical and popular music, theatre, opera, dance and the visual arts, as well as original drama and comedy. Sky Arts is broadcast 24 hours a day and has over 1,000 hours available on catch-up TV, including flagship programmes such as Portrait Artist of The Year, Landscape Artist of the Year and The South Bank Show.