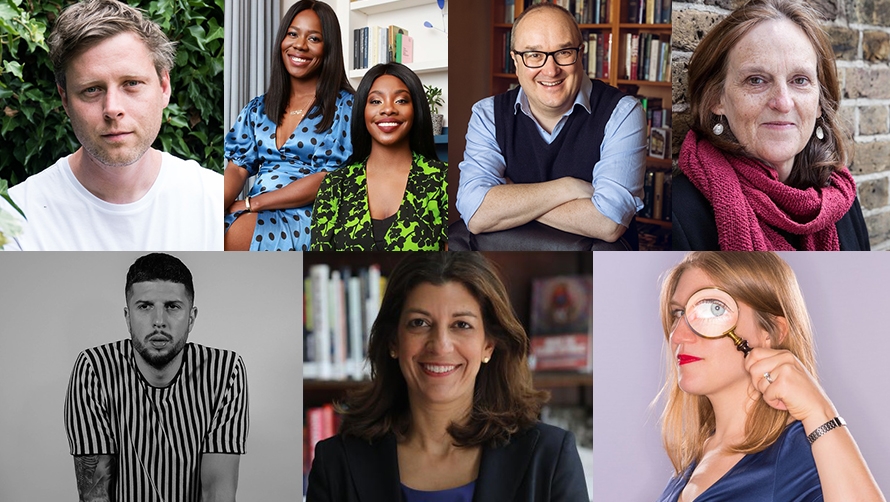 The Times and The Sunday Times Cheltenham Literature Festival is thrilled to announce plans for its unmissable ‘Seven at Seventy’ celebrations. This year marks 70 years since Cheltenham Town Hall hosted the world’s first literature festival and started a global, cultural phenomenon.

This literary revelry will form part of an extraordinary programme of over 500 events taking place in the heart of Regency Cheltenham from 4 – 13 October 2019.

As part of ‘Seven at Seventy’, seven Guest Curators will lend their unique voices and wealth of expertise to the programming team led by Nicola Tuxworth. This includes a unique set of discussions exploring some of the key social and cultural touchpoints from the past seven decades, including the novels that have defined our times.

The first taster of this year’s astonishing programme will be unveiled on 1 July, with the full programme on 16 August. The 2019 ‘Literature for Schools’ programme went on sale this week featuring award-winning authors such as Cressida Cowell, Kit De Waal and Patrice Lawrence and complementing the year-round education outreach work by the Festival.

Nicola Tuxworth, the Festival’s Head of Programming, said: “It is an honour to curate the 70th anniversary programme and the Seven at Seventy project. Seven at Seventy reflects the rich heritage of the Festival as well as looking towards the future. Here’s to 70 more years!”

Max Porter said: “I’m honoured to be given a chance to curate these events at Cheltenham. The open-mindedness of the festival, their energy for collaboration and experimentation is thrilling. I’ll be bringing events to Cheltenham which use improvisation, music and play. We are planning to get the text up off the page, walking, talking, singing into the festival and into the world. We want to ask difficult questions, unpack things, plant strange language seeds, and give visitors to the festival unusual and beautiful experiences to take away with them.”

Yomi Adegoke and Elizabeth Uviebinené said: ‘We’re so thrilled to have the opportunity to work with Cheltenham to curate vibrant and innovative series of events. We always maintain that Slay In Your Lane is not just a book, but a movement, and we cannot wait to bring our ethos of flourishing in spite of the limitations to life through a number of accessible, practical and inspirational sessions. We look forward to creating talks that celebrate the power of books and journaling to help to navigate all of the different ways to thrive and stay well.’

Tessa Hadley said: “It’s such a treat to be invited to help curate Cheltenham Literature Festival. My idea is, for this 70th year of the festival, that alongside the rich crop of the year’s new fiction, we should also celebrate re-reading: revisiting the old novels and stories which are like the mulch, the earth out of which our new reading grows – and ourselves. What is it that we do when we re-read? We know what’s coming at the end of Jane Eyre, or Madame Bovary, or Huckleberry Finn. Yet each time we read these books the story unfolds suspensefully as if it were happening freshly all over again. At each stage of our lives we read the same story differently, wanting different things. A reading history is always personal, made of the accidents of which books we found, or found us. But all of those personal histories add up to our collective literary culture.”

Anthony Anaxagorou said: “It’s an honour to be asked by Cheltenham Literature Festival to curate a series of events for their 70th anniversary. My hope is that these shows will help broaden the current conversation around the role of poetry, as well as the importance of literature at such a tenuous time. My aim is to bring books and writers who are engaging today’s issues with intellect and innovation. To consider the role of the polemic and how over the last five years it’s managed to successfully push back against populist rhetoric, fascist movements and harmful journalism seems both pertinent and vital. These are discussions I feel we need to have; queries we must walk towards with the intention of widening our perspectives and strengthening social cohesion.”

Dominic Sandbrook said: “I’m thrilled to be involved with the oldest book festival in the world, especially as it marks its 70th anniversary. The Cheltenham Literature Festival might have begun life in a battered, bombed-out Britain, but today it’s the ultimate book-lovers’ paradise. And as a historian, I’m especially excited about this year’s events marking the last 70 years, including two landmark events in which panels of critics and writers will be discussing the novels that have really defined our times. I can’t wait.”

Robin Stevens said: “I’m delighted to be a Guest Curator at this year’s Festival. I began my festival-going career at Cheltenham as a teenager, and even volunteered for the 2006 festival, so it’s very special to be back as not only an author, but a curator! Children’s mysteries is a genre I feel passionately about – I hope I can bring the sense of excitement I feel when I discover a great new mystery author to the audiences of the events I’m presenting.”

View our 7 at 70 events at this year’s Festival.