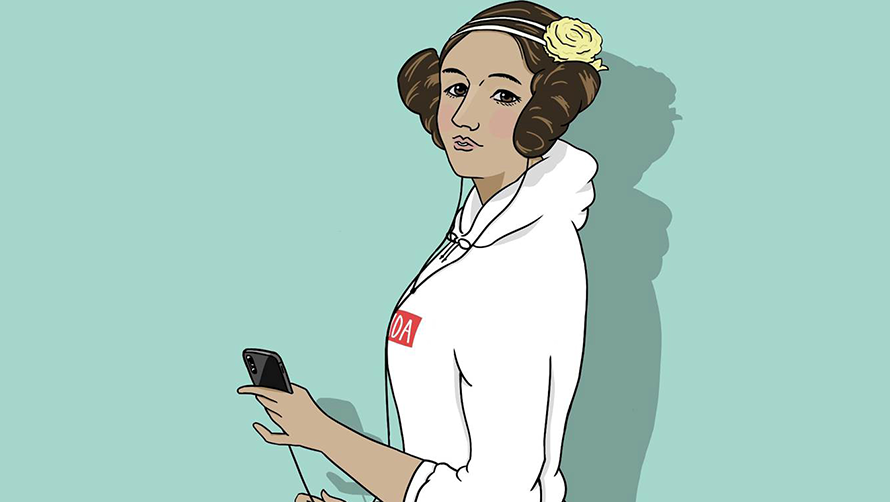 What happens when artificial intelligence is tasked with putting together a science festival?

Our new Head of Programming at Cheltenham Science Festival, Marieke Navin, decided to find out with the help of Bristol-based A.I creatives Tiny Giant and Sharpshooter Digital and their neural network AIDA (named after the 19th century computing pioneer Ada Lovelace.)

AIDA is a recurrent neural network – a type of machine learning algorithm, which takes source material, creates a model from it and then predicts new content. AIDA has created recipes for cupcakes and cocktails, but this is the first time she has been a guest curator at a science festival.

We trained AIDA’s neural network on 10 years’ worth of Cheltenham Science Festival event titles and descriptors. It then took 10 days for her to learn and for us to refine the output. We’ve picked four of her best ideas and are asking the public to vote on which event should take place at the Festival.

The events being put to the public vote are:

And the winner is… Introvert Narwhals. 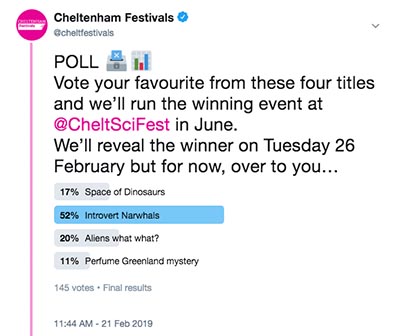 Now it’s over to the humans in our Science Festival programming team to assemble a panel to discuss the chosen event at the Festival in June.

The full programme will be announced on April 8 2019, to be the first to hear Festival announcements, sign up to our email updates below.