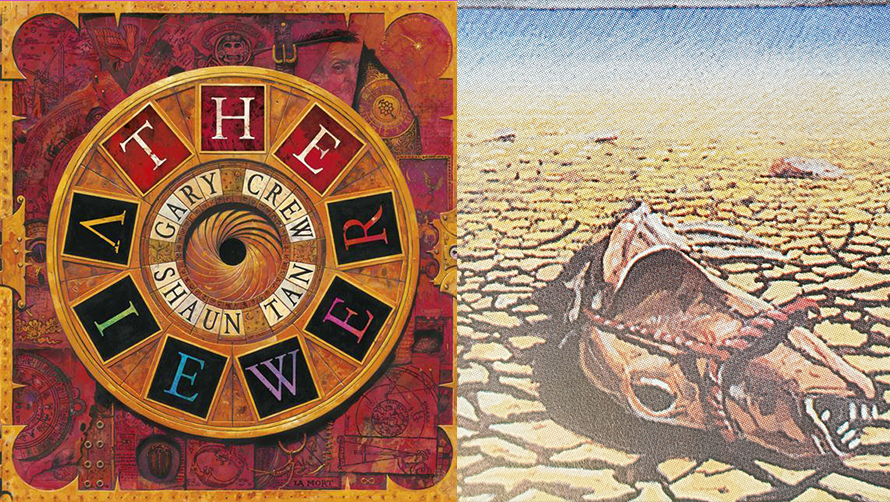 The Viewer by Shaun Tan and Gary Crew

After a few novels, the Reading Teachers = Reading Pupils group were given a picture book to share with the children in our class. It was a rare opportunity for Year 5 students to be read to in this way as unfortunately the curriculum often requires ‘meatier’ texts but little did they know just how enthralling and thought-provoking the book was going to be.

‘The Viewer’ by Shaun Tan and Gary Crew was a truly dark and moody book that gripped the children as soon as they saw the cover. Unlike the previous books that I had been given, I did not read this myself before sharing it with the children which meant that it was a new experience for all of us.

The cover of the book gave us lots to think about and the various objects and symbols led to discussions about science, history and symbolism before the book had even been opened. This was of course followed by the baby on the first page surrounded by numerous strange objects. We talked about things that had been found in unexpected places and whether they should be left where they were or taken and shared. It was interesting to hear about the ‘treasures’ that they had discovered but not all of us were sure that an animal skull should be taken home!

As the book continued and the images of eyes became more obvious, talk moved on to how the discs changed and what they might represent.

It was clear from the ideas that the children had that they had identified the journey through time shown on the discs. They also suggested that the images were not exactly uplifting and a positive reflection on any of the time periods that were covered. However, due to the dark nature of certain children in the class, their favourite images were those of the skeleton riding a horse, the dead soldier and the horse’s skull. 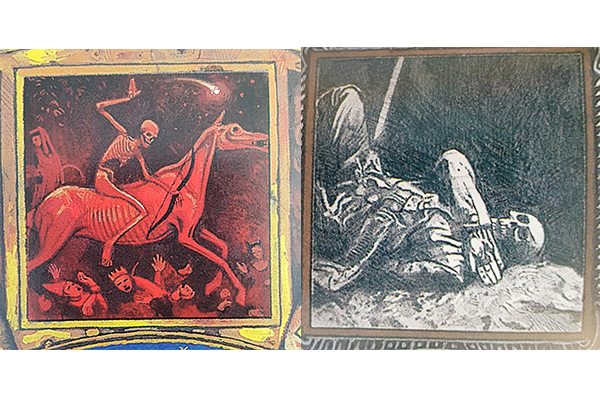 The figures that ran around the middle of the discs were also identified as changing as the book went on and the eyes on the left of the spreads appeared to become less human and more mechanical.

The students were surprised to hear that the book was over twenty years old which led to a discussion on what might be on a disc for 2018.

The following task was then set:

Children chose images that represented things that they thought were bad in today’s society. They ranged from computer games, misusing plastics and endangered animals to Russia, cancer and even Donald Trump!

Some of the results were pretty spectacular: 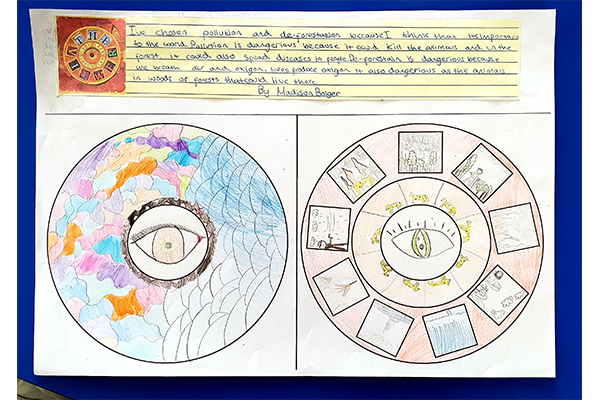 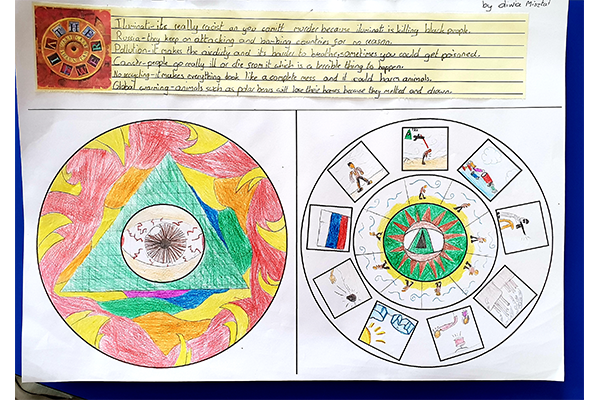 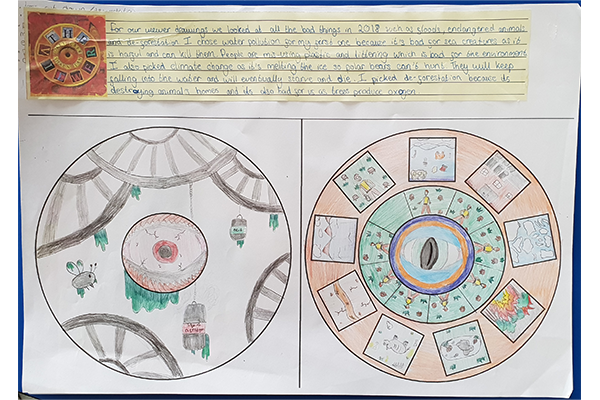 When asked, the children all said that picture books should be more of a part of learning for upper Key Stage 2 so next I’ll be showing them ‘The Arrival’.