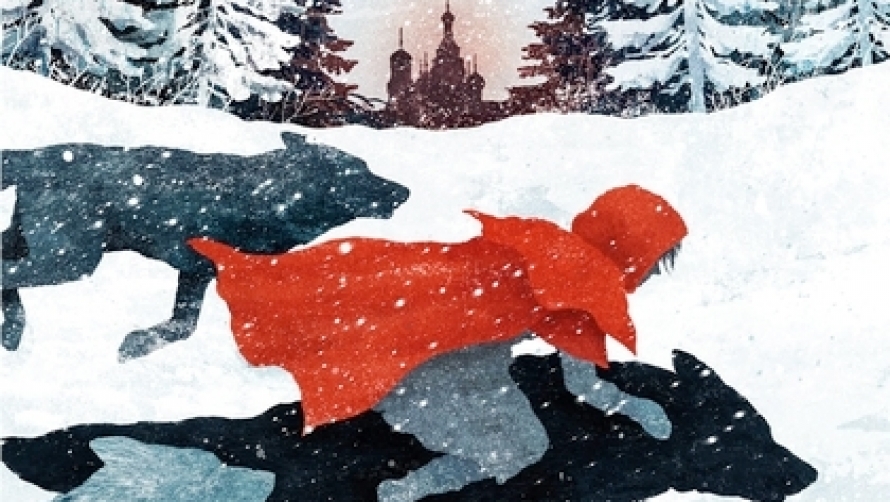 The second Reading Teachers = Reading Pupils title that I chose for the Book at Breakfast Time Clubs at Springbank Primary Academy and Rowanfield Junior School, was Katherine Rundell’s The Wolf Wilder. This was the first time that a RT=RP book choice hadn’t gripped me at first sitting and there was a long gap between starting and finishing the novel; a second reading, and discussing and dissecting it with the children soon changed my mind though. Reading aloud always helps to bring children’s literature to life and the excitement in both rooms as Feo’s story unfolded was palpable. Breathing life into the witty dialogue between Feo and Illya, the menace of General Rakov, and the lyricism of Rundell’s prose, converted me into an ardent fan.

From the time of introducing the book to the children to reading the last chapter together with the groups, the fairy-tale allusions were evident throughout; Feo’s red coat, the woods, the ‘Once upon a time…’ start to the story. This captured the children’s imagination and provided an interesting contrast to the historical element of the novel which we explored by searching online for photos and stories from this era.

As with The Last Wild, the children were keen to get on with the writing project even before we’d finished reading the book. Several ideas were floated around both groups, from acrostic poems to a study of the history of St. Petersburg, the Czars and the revolutions. The Springbank group were lucky enough to have a member who is of Russian heritage, so Dmitry helped us all out with some of the pronunciation and nuances of the Russian words in the text, and even gave us a wonderfully prepared lesson on Russian history and the Cyrillic script.

For the main writing project however, it was Katherine’s suggestion in the RJS group that appealed to everyone most, and so both groups embarked on creating a biography with a working title of ‘The Rise and Fall of General Rakow.’

The next few sessions were spent discussing why Rakow is as he is in the novel; had he always been evil? Did something happen to him to make him so cruel? Was it a slow process or did he suddenly snap? The groups discussed various possibilities and divided their biographies into three main sections, childhood, early career and later career. They came up with some fantastic ideas so I’ve shared some of the extracts here with you.

After whittling down the pieces to a short list and consulting with class teachers, a winner was chosen from each group. All Reading Club members were presented with certificates in an assembly and the first- prize winners at each school were given their own copy of the novel as well as some book-related goodies; bookmarks, book-bags etc. After the assembly, the Year 4 children were very excited to have the opportunity to join the book club for the following term. We are all waiting with baited breath to see what treats the next year of RT=RP has in store for us.