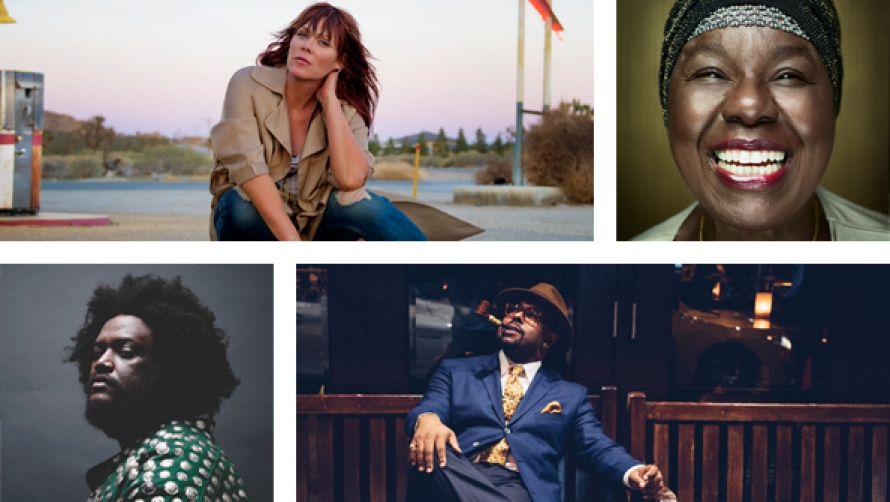 Some of the world’s biggest musical stars will make their way to Cheltenham from 2nd to 7th May next year for the return of the Cheltenham Jazz Festival. With the full line-up still to be announced, four early headliners sum up the Festival’s unique offer, combining a broad appeal with the best of contemporary jazz and blues.

Opening the Festival with a rare UK date on her Spring tour is American singer Randy Crawford – an artist of unmatched ability and extraordinary range. By the age of 21, Crawford had shared the stage and studio with jazz legends like Quincy Jones, Cannonball Adderley and George Benson. Following her debut 1976 album she had a string of hits including Street Life, You Might Need Somebody and her signature One Day I’ll Fly Away. Randy Crawford makes her first visit to Cheltenham on Wednesday 2nd May in the Big Top.

Beth Hart appears in the Big Top on Saturday 5th May. Since her sell-out performance at Cheltenham in 2015, Beth Hart has headlined a sold-out Royal Albert Hall, and her blues-rock voice is put to stunning use on her new jazz-infused album Fire on the Floor.

Young saxophonist and bandleader Kamasi Washington plays the Big Top on Sunday 6th May. His 2015 release The Epic reached Number 1 in iTunes Jazz charts around the world and made him a torchbearer for the new jazz generation. His eagerly awaited Harmony of Difference EP is due to be released this autumn.

Tickets for Randy Crawford, Beth Hart, Kamasi Washington and Christian McBride will go on sale to Cheltenham Festivals Members on Wed 8 November, from 1pm, and to the general public on Fri 10 November, from 10am.

The full Cheltenham Jazz Festival line-up will be announced in the New Year. To be the first to hear Festival announcements, sign up for enews.