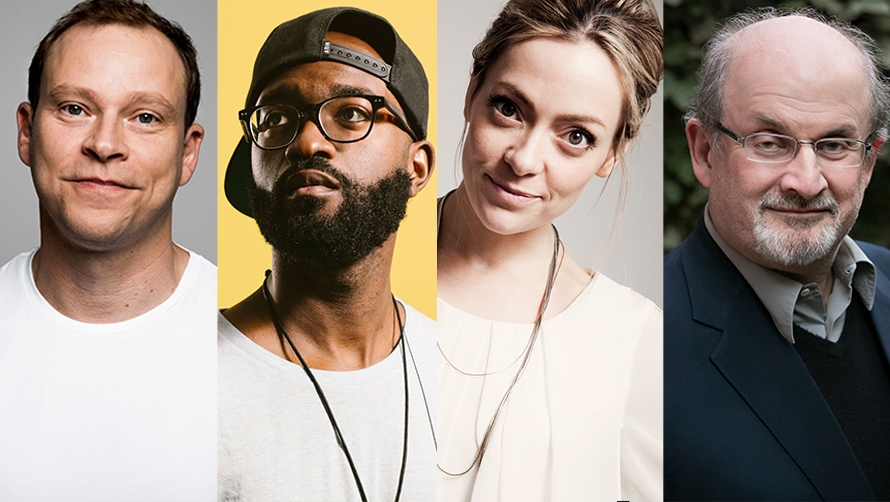 For ten days in October (6-15), the vibrant spa town of Cheltenham sees over 1000 of the world’s finest writers, performers, politicians, poets and leading opinion-formers gather to celebrate the joy of the written and spoken word.

This year, the Festival’s theme is “Who Do We Think We Are?” and will ask key questions around British identity in 2017 and celebrate Britain’s rich literary and cultural heritage.

As well as the very latest in Fiction, the Festival offers events covering History, Art, Classic Literature, Music, Entertainment, Current Affairs, Science, Sport, Food and Lifestyle. The Children’s and YA programme is packed with an exciting line-up of author events, shows and workshops for toddlers to teens.

There’s also a return of last year’s hugely successful Lit Crawl. Born from San Francisco’s Litquake Festival it turns a bar crawl into a fast-paced night of literary delights. And there are Festival Lates onsite providing a delicious after-hours offer of comedy, spoken word and music.

The full Festival line-up will be announced on Saturday 12 August at cheltenhamfestivals.com

To be the first to hear Festival announcements, sign up for email alerts.

Literary giant Salman Rushdie talks about his new novel, The Golden House; and there’s an interview with bestselling author Bernard Cornwell as he steps off the plane from the US. Discussing their new books are Paula Hawkins and Roddy Doyle, while Alan Hollinghurst talks about his new novel, The Sparsholt Affair as well as celebrating The Line of Beauty. Sarah Waters is this year’s recipient of The Sunday Times Award for Literary Excellence and we celebrate Booker prizewinners

There’s a rare chance to see two of the country’s best-loved poets in conversation when Scottish Laureate Jackie Kay and Lemn Sissay discuss race, identity and what it really means to truly belong, plus solo performances of their new work. Leading poets John Burnside, Michael Symmons Roberts, Daljit Nagra and Pascale Petit present their recent collections while we welcome the top stars of the next generation: Kayo Chingonyi, Andrew McMillan and the most exciting voices of the spoken word scene with Luke Wright, Hollie McNish, Rob Auton, Inua Ellams, Anthony Anaxagorou and Sabrina Mahfouz.

Distinguished historian Simon Schama introduces the second instalment of The Story of the Jews; Alison Weir reveals how historical queens wielded and secured their power; and in the Festival Lates strand, comedian Natalie Haynes delivers a stand-up show exploring what ancient civilisations can offer modern life.

A particularly strong crop of heavyweight agenda-setters include Newsnight’s Evan Davis and Victoria Derbyshire; Andrew Marr, Peter Hennessy and John Sergeant. MPs Jess Phillips and Jacob Rees Mogg discuss unlikely political friendships and last British governor of Hong Kong Chris Patten talks about his autobiography. We hear from Gary Younge, author of Another Day in the Death of America and from Financial Times columnist Tim Harford on modern economics. Marcus Brigstocke gives a shout-out to the liberal metropolitan elite and Phillip Collins advises non-Brexiteers in What Should Remainers Do Now?

Culinary stars include Nadiya Hussain, Nigella Lawson and Hugh Fearnley-Whittingstall with the chance to hear them speak and taste their recipes. Robert Crampton and Andy McNab delve into masculinity while the Knackered Mums Night Out journeys through the emotional highs and lows of motherhood with Cherry Healey, Clemmie Hooper, Hurrah for Gin’s Katie Kirby and The Unmumsy Mum Sarah Turner.

Robert McCrum and brain surgeon Henry Marsh discuss what it means to approach the ‘end game’ and Maggie O’Farrell recounts a series of near-death experiences. In The Lost Words, Robert Macfarlane and Jackie Morris examine how words representing childhood in the natural world are disappearing while bestselling author Amanda Owen describes her farming year as the Yorkshire Shepherdess. In sport, Olympian Tom Daley talks about his career and his new book; Judy Murray shares her inspirational story and Yorkshire and England wicket-keeper Jonny Bairstow discusses his moving memoir.

Read more about the Family programme 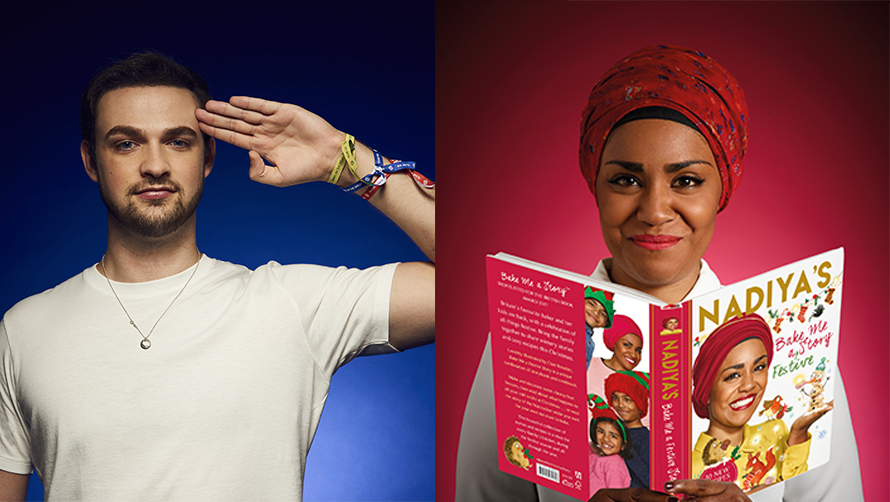