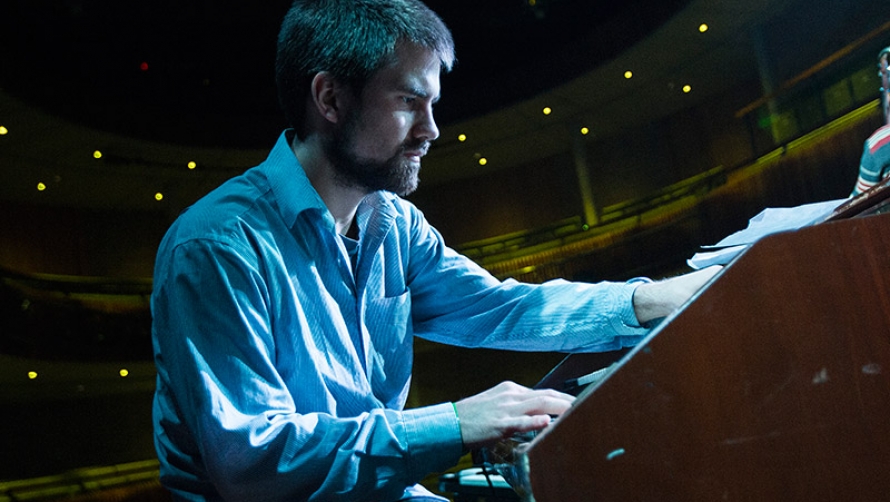 Welcome to the first of an occasional series which gives you an insight into how Cheltenham Festivals supports and builds the careers of the performers you see on stage at our festivals. First up is Emily Jones, Jazz Festival Manager.

At Cheltenham Jazz Festival we are privileged to be able to offer musicians a high-profile platform to showcase their work, through both the festival itself and associated radio broadcasts. The UK is blessed with a lot of wonderful musicians worthy of that platform, so one of our toughest and yet most important jobs is to use our influence wisely and support the ones we think can go far.

The UK is blessed with a lot of wonderful musicians worthy of that platform, so one of our toughest and yet most important jobs is to use our influence wisely and support the ones we think can go far.

Thanks to PRSF and their Talent Development Network we are able to offer more performance and commission opportunities and to devote more time to bespoke support for individual artists.

Let’s focus on someone who has been a stalwart of the Jazz Festival in recent years… so much so that the programme doesn’t feel complete without him!

British pianist and composer Kit Downes first appeared at the Jazz Festival as a bandleader with his trio in 2010 (the same year he was nominated for the Mercury Music Prize), and also in the jazz-rock trio Troyka with Joshua Blackmore and Chris Montague. Kit has returned every year since, in one guise or another, or sometimes in several at once!

Generally we try to avoid frequently booking the same bands but each of these appearances has been with a different group, which is a real testament to his flexibility as a musician, and highlights how he has become one of the most in-demand players in the UK jazz scene in last few years. It also shows how many different projects he manages to keep up with at once – a master of juggling!

Here are just a few of the Cheltenham performances and commissions which have helped move his career forward:

Animation Migration: A groundbreaking commission funded by the Wellcome Trust where Kit worked with an illustrator and a geneticistto create a short animated film about evolution.

Cheltenham commission for Troyk-estra (the big band version of the Troyka trio), recorded for BBC Radio 3 and later released as the acclaimed album ‘Troykestra Live at Cheltenham Jazz Festival 2013’.

Exclusive preview of Tricko – a new duo with cellist Lucy Railton showing a side of Kit’s playing not seen at Cheltenham before. Part of The Edge Project, a late-night showcase for musicians to test out new collaborations or previously unheard material.

Jazz in a Box (Musical Encounters) – Kit and I developed this concept, where he performed 5-minute mini gigs for one audience member at a time.

Dinner Games (Musical Encounters) , developed with experimental pianist Sarah Nicolls. An interactive sound installation based around a dining table. This was Kit’s first experience with installations and sound art, and the idea arose from his chance meeting with Sarah at the 2015 festival. 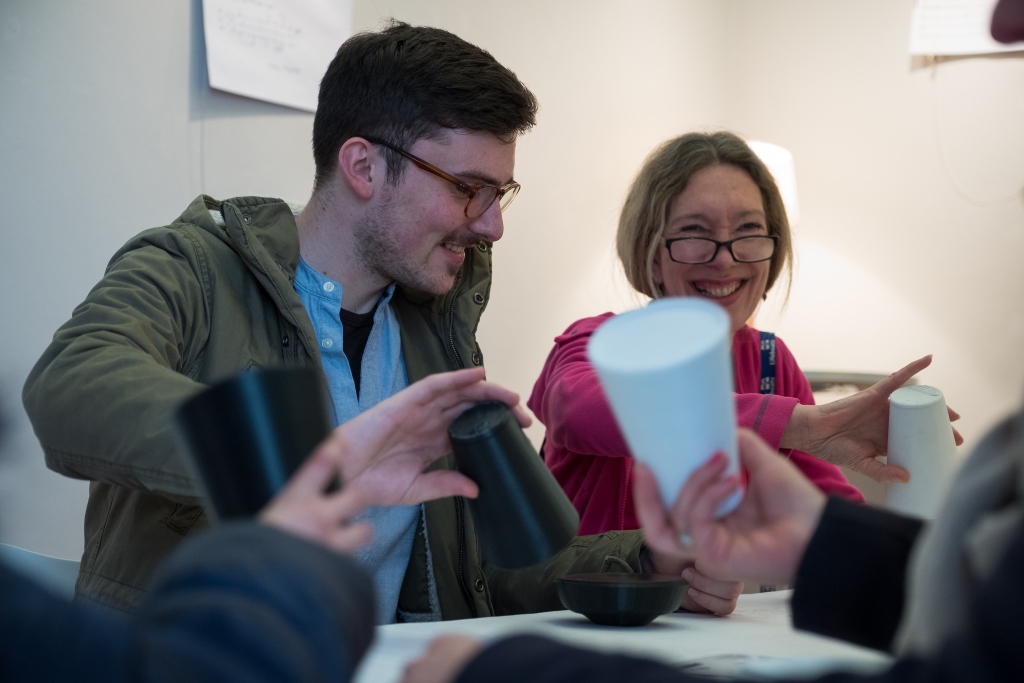 In recent years, Kit has become a key artist in the festival’s Musical Encounters strand, which presents jazz in new and surprising formats and venues. He is fascinated by the range of ideas to explore in this field, saying ‘I am really interested in the discussion of ‘role of the audience’ and how aesthetics change the appreciation of music – especially when connected to more left field music.’

Jazz In A Box was featured in The Times (‘Downes, a jazz pianist equally at home in the intricacies of modern classical, is playing thrillingly’) and captured in a short film. Dinner Games is now ready for further development and Sarah has received expressions of interest in hosting the piece from other UK festivals.

Kit will return to the festival in 2017 with an exciting project which opens up new horizons for him – watch this space for details!

For me, Cheltenham is the most important Jazz Festival in the UK, one which always champions new and original music from all over the UK. I am honoured to part of its programme, as I have always hugely enjoyed playing at the festival (and have also been in the audience for some amazing gigs there), and always consider it be a highlight of the year. Cheltenham has been pivotal for me in giving me an opportunity to play with many of the bands I write music for – my duet with Lucy Railton, Troyka (and the Troyka big band) and my duet with Seb Rochford – for which I am very grateful, and I hope to continue working with the festival, as each year it offers new and exciting opportunities – both for the performer and the listener.