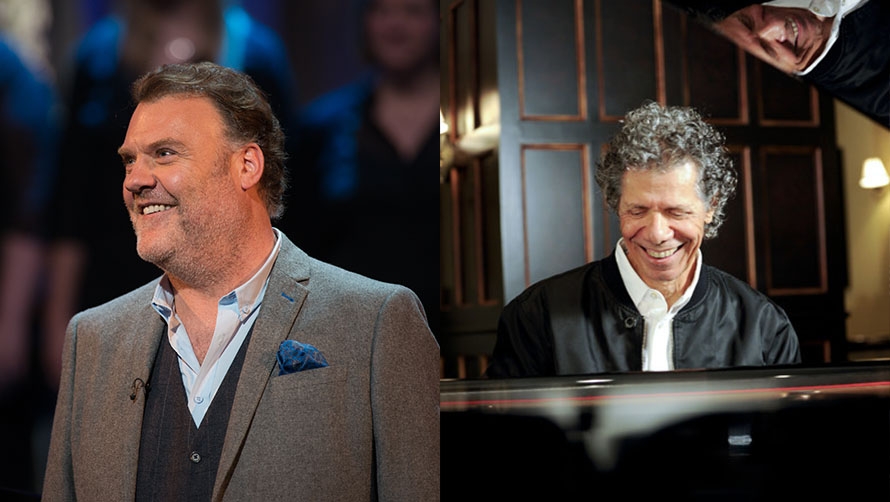 We want you to be among the first to know: We’ve lined up some incredible musical heavy-hitters to perform at the Cheltenham Jazz Festival and Cheltenham Music Festival in 2017, including Welsh bass-baritone Bryn Terfel and legendary jazz pianist Chick Corea.

The full Jazz and Music Festival line-ups are yet to be revealed, but early headliners for both Festivals will be on sale in plenty of time for Christmas!

Headlining The Big Top on Sunday 30 April is The Chick Corea Trio. A 22-time Grammy-winning jazz legend, pianist and composer Chick Corea is a tirelessly creative spirit who has touched an astonishing number of musical bases throughout his illustrious career. He has attained living legend status after five decades of unparalleled creativity, with many of his compositions now considered jazz standards. He will share the stage with bass virtuoso Eddie Gomez and drum titan Brian Blade.

Other names confirmed for 2017 are acclaimed jazz/funk collective Snarky Puppy fresh from their second Grammy-win, and the genre-defying multi-instrumentalist Meshell Ndegeocello.

Also announced are master bluesman Robert Cray, Hot 8 Brass Band with their funky sound from the streets of New Orleans, and 20-year-old rising star Marcus King with his fiery brand of American roots music. Tickets for these shows go on sale in February – sign up for Cheltenham Festivals enews and be among the first to hear about it!

Bryn Terfel’s charismatic presence draws thousands to hear him sing and he is in huge demand by the world’s leading opera houses. He will give a rare solo recital at the 2017 Music Festival that is sure to become one of the standout performances in the Music Festival’s long history.

Other concerts will include a celebration of Monteverdi’s 450th birthday with I Fagiolini, a selection of top West End singer/actors and the brilliant young musicians of Chetham’s School in Manchester bringing songs and sequences by Rodgers & Hart and Rodgers & Hammerstein to the stage and a Mendelssohn themed concert weekend with the Carducci Quartet, cellist Guy Johnston and friends at the Tithe Barn at Syde Manor.

Getting Closer to the Festivals with Membership

Being a Member is one of the best ways to enjoy all the Festivals have to offer: