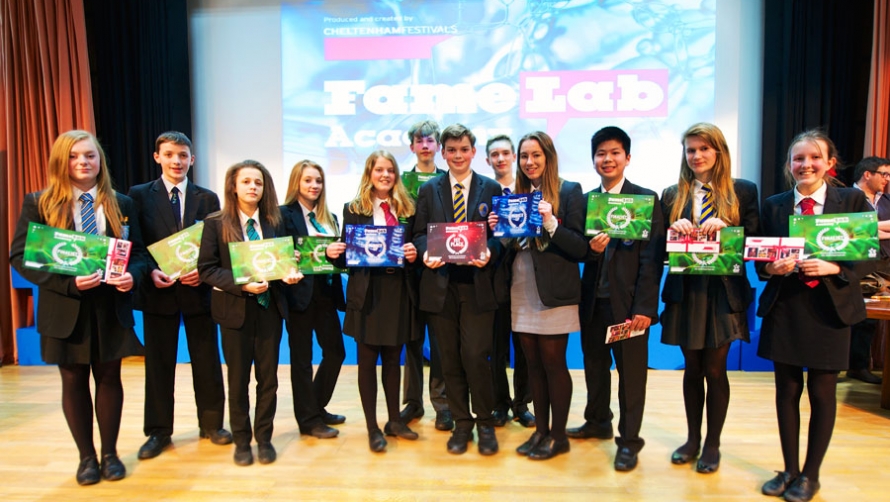 The Final was the culmination of a 5-month science communication competition which involved students researching, creating and delivering a 3-minute presentation on a STEM subject of their choice.

Twelve Year 9 students (7 girls and 5 boys) competed in the Final at EDF Energy in Gloucester. Subjects ranged from living in space to mobile phone technology, from hypnosis to the wonder of triangles. What unified them was the confidence and passion with which the students spoke.

The students were judged on the content, clarity and charisma of their presentations by three judges: Louise Emerson, CEO of Cheltenham Festivals, Ben Salisbury, Programme Lead at EDF Energy, and Ben Garrod, Evolutionary biologist and TV presenter. 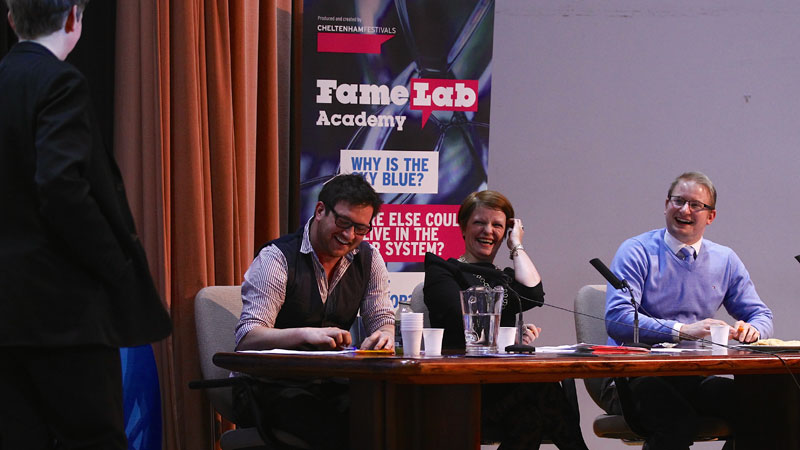 A finalist entertains the judges

Henry Cannon from Cotswold School Academy was crowned the overall winner. Abi Brown-Stark and Lexie Evans, from Pittville School and Pate’s Grammar School respectively, were runners-up. A special prize for the best engineering presentation was awarded to Chris Morgan from St.Edward’s School. 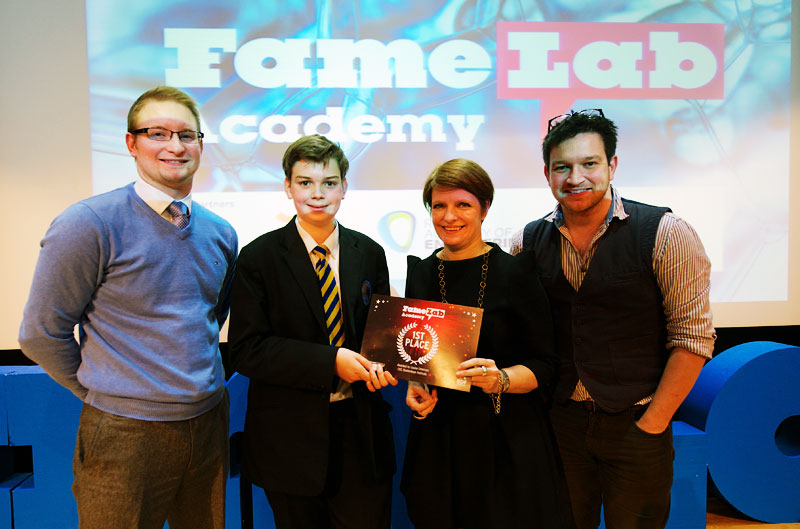 All of the Finalists received vouchers to The Times Cheltenham Science Festival in June – we look forward to seeing them there!

This has been a really significant project for our students because it is so different. Anyone could take part, not based on ability. It appeals to a much greater variety of pupil, not just the people who always do STEM club. It has been a really big confidence boost for them

FameLab Academy is a sister competition to Cheltenham Festivals’ FameLab – the world’s leading science communication competition which discovers and promotes the best new voices in science, technology and engineering, and is currently hosted in 26 countries.