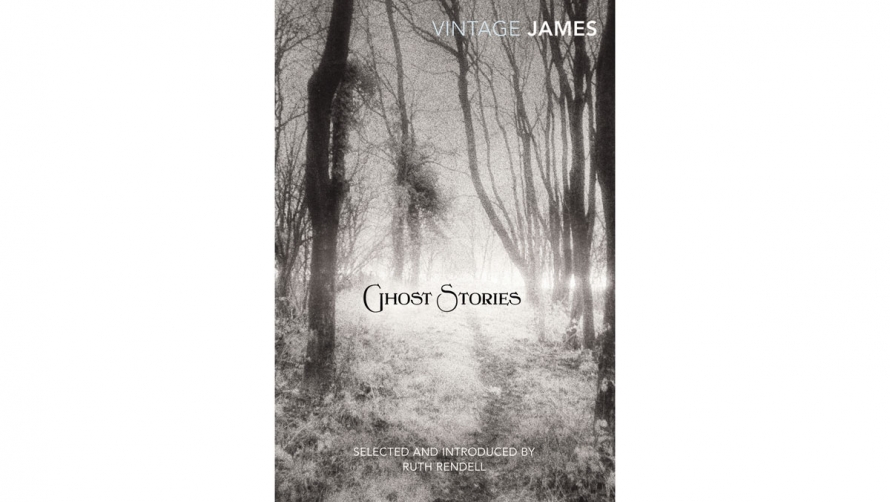 Selected and introduced by Ruth Rendell

An original and powerful storyteller…. A gnawing sense of unease, a steady accumulation of sounds, shadows and images finally meet in a single moment of sensational physical horror

M. R. James wrote his ghost stories to entertain friends on Christmas Eve, and they went on to both transform and modernise a genre. James harnesses the power of suggestion to move from a recognisable world to one that is indefinably strange, and then unforgettably terrifying. Sheets, pictures, carvings, a dolls house, a lonely beach, a branch tapping on a window – ordinary things take on more than a tinge of dread in the hands of the original master of suspense.

M. R. James, who ushered the ghost story into our century, is still quite simply the craftiest

I first came across M. R. James, I’m ashamed to say, via a television adaptation. There has long been a tradition of telling ghost stories on Christmas Eve, something our family rigidly adhered to – M. R. James wrote his stories with this in mind, and later the BBC screened an adapted Ghost Story every Christmas Eve. Perhaps the greatest of all these adaptations – and the greatest of James’ stories – is Whistle and I’ll Come to You. An eccentric academic who is insistent that everything has a rational explanation takes a holiday on the Norfolk coast and finds a whistle made of bone. He takes it back to his hotel and sees there is an inscription, words which still make the hairs on my arms stand on end: ‘who is this … who is coming’. He blows the whistle … and indeed, something comes. His haunting is dreamlike and odd, the barriers between reality and the subconscious suddenly, horrifying tenuous.
M. R. James redefined the genre. Ghost writers before him had largely relied on the gothic; James created tales that were rooted much more in reality, which made the sudden swerves into the strange all the more terrifying. There’s a common theme that runs through the stories – that of a disassociated individual, often of a scholarly nature, finding an object of a very ordinary sort, and somehow unleashing a supernatural power. The marriage of the very ordinary and the supernatural is what gives his writing such an eerie force.
These are stories to read in winter, preferably around Christmas – they are, in the words of the independent, ‘a masterclass in creepiness’.
Helen Francis, Senior Editor, Vintage Classics

Montague Rhodes James was born on 1 August 1862 near Bury St Edmunds, and he spent long periods of his later life in Suffolk, which provided the setting for many of his ghost stories. He studied at Eton and Kings College, Cambridge, where he was eventually elected Fellow, and then made Provost in 1905. In 1918 he became Provost of Eton. He was a renowed medievalist and biblical scholar, and published works on palaeography, antiquarianism, bibliography and history and guides to Suffolk and Norfolk, as well as editing a collection of ghost stories by Sheridan Le Fanu. However, he remains best known for his own ghost stories, which were published in several collections, including Ghost Stories of an Antiquary (1904), A Thin Ghost and Other Stories (1919), A Warning to the Curious (1925) and a collected edition in 1931. M. R. James never married and died on 12 June 1936.