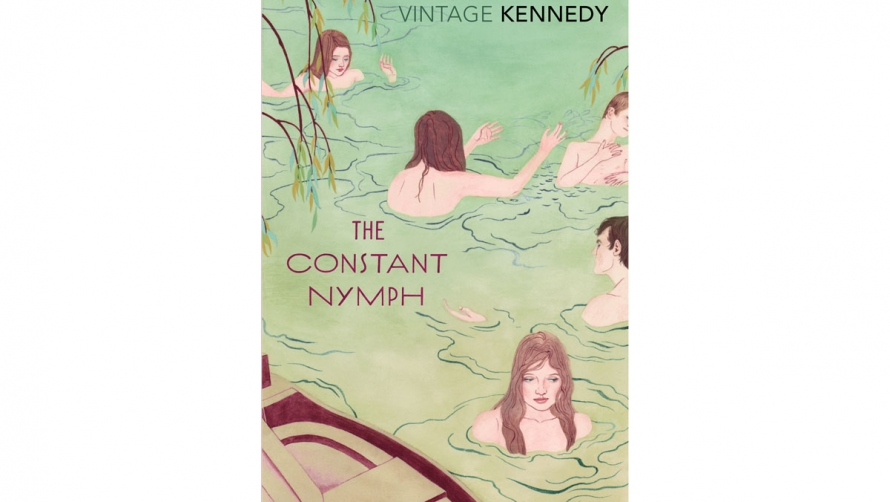 Focusing on a bohemian family and an unconventional romance, The Constant Nymph follows the lives of avant-garde composer Albert Sanger and his ‘Circus’ of assorted children, admirers and mistress. Living in a ramshackle chalet in the Alps, visitors are lured into this enchanting and unconventional life and the claims of respectability or upbringing fall away.

She is not only a romantic but an anarchist, and she knows the ways of men and women very well indeed

THE CONSTANT NYMPH was originally published in the 1920s, and propelled its author Margaret Kennedy to fame. All these years later, it’s not hard to see why – it is a wonderful novel, ahead of its time in its depiction of people, of place, of a bohemian lifestyle and of the fall-out of a doomed love affair. It’s looming patriarchal protagonist Albert Sanger is a composer who lives in a run-down chalet in the Swiss Alps with his family, which consists of an assortment of children from various different past relationships. This seemingly carefree life is brought starkly into question by the arrival of an old friend of Albert’s and the subsequent love-affair that unfolds, shockingly, with his 15-year-old daughter Teresa. Kennedy evokes the nature of their ill-fated relationship with a kind of crystalline accuracy – this no conventional romance, and the agonies it inspires, the suffering of Teresa, is palpable; her grasp of the complex psychological make-up of her characters is startling. This is a wonderful, odd, unforgettable novel, as relevant now as it was 80 years ago.
Helen Francis, Editor, Vintage Books

Margaret Kennedy was born in London on 23 April 1896, the eldest of four children. She attended Cheltenham Ladies’ College, then went on to study history at Somerville College, Oxford. Her first book, a commissioned work of history, was published in 1922 and was soon followed by her first work of fiction, The Ladies of Lyndon (1923). Her second novel, The Constant Nymph (1924), became a worldwide bestseller, and with it Kennedy became a well-known and highly praised writer. The following year she married David Davies, a barrister; they lived in London and had three children. Kennedy went on to write fifteen further novels, many of which were critically commended – Troy Chimneys (1953) was awarded the James Tait Black Memorial Prize. She also wrote plays, adapting both The Constant Nymph and its sequel The Fool of the Family very successfully. The former opened in the West End in 1926, starring Noel Coward followed by John Gielgud, to great acclaim. Three different film versions of The Constant Nymph, featuring stars of the time such as Ivor Novello and Joan Fontaine, were equally popular, and led to Kennedy’s engagement in film work for a number of years from the late 1930s. She also published a study of Jane Austen (1950) and a work of literary criticism, The Outlaws on Parnassus, in 1958. In 1964 Margaret Kennedy moved from London to Woodstock, Oxfordshire, where she lived until her death on 31 July 1967.