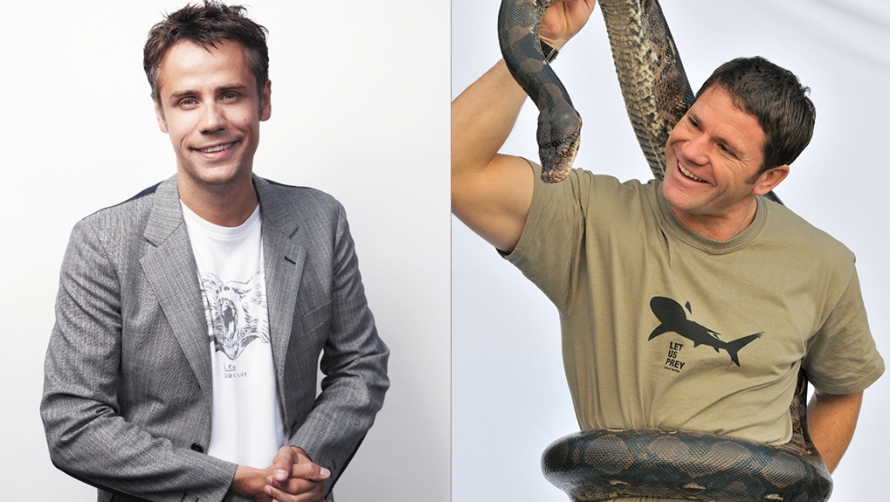 TV and radio presenter Richard Bacon will be broadcasting live from Cheltenham. Richard has a long standing interest in science and will be exploring at the Festival how science affects modern life.

I’m really looking forward to bringing my 5 Live radio show to the Cheltenham Science Festival. It will be a great chance to chat with a real range of scientists, celebrities and festival goers. I love the fun-filled festival atmosphere where there’s something for everyone!
– Richard Bacon

Steve Backshall is one of the busiest presenters on television. He’s an author, an expedition leader, a naturalist, a wildlife expert, as well as the presenter of the CBBC series Deadly 60 and Deadly Pole to Pole.

At this year’s Festival he will be talking to comedian and presenter Robin Ince about why he travels to the world’s most dangerous places. He’ll also find himself in the interviewer’s chair as he meets evolutionary biologist and world famous atheist Richard Dawkins to discuss his path to The God Delusion in ‘Richard Dawkins: An Appetite for Wonder’.

I’m really excited to be Guest Director this year; the programme is as eclectic as ever and leaves plenty of opportunity for adventures in science. It will be a brilliant chance for me to share my passion for wildlife and explore everything from giant telescopes to dinosaurs.
– Steve Backshall