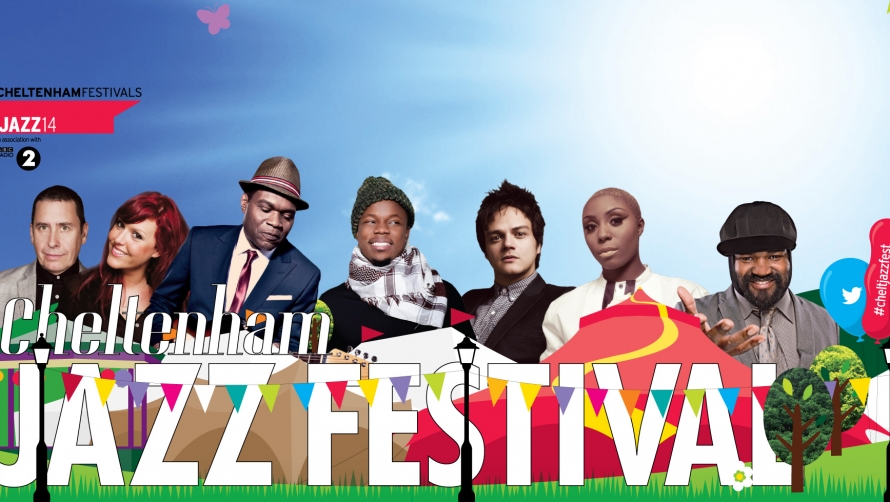 Spring is just around the corner and that can only mean one thing: the 2014 Cheltenham Jazz Festival is nearly here!

Opening on International Jazz Day and taking place over the May Bank Holiday weekend, the Jazz Festival returns with a unique and diverse programme packed with big jazz names, world and blues legends, superstar international acts and outstanding emerging talent.

The younger generation will be represented by the likes of rising-star US trumpeter Ambrose Akinmusire, Armenian piano prodigy Tigran, the inspirational Zimbabwe-born vocalist ESKA, BBC Sound of 2014 nominee Nick Mulvey, and acclaimed New York-based instrumental fusion band Snarky Puppy, who are teaming up with DJ Gilles Peterson for the return of the festival’s popular club night. Among an impressive roster of British talent being showcased will be the much talked about reunion of acclaimed big band Loose Tubes, one of the UK’s most renowned improvisers Paul Dunmall, accomplished pianist Jason Rebello, and the boundary-pushing Julian Siegel Quartet.

The festival continues its association with BBC Radio 2, who will broadcast live on-site across the weekend. Events include a gangster-themed Friday Night Is Music Night, celebrating the golden age of jazz and featuring the inimitable talents of Kurt Elling, Curtis Stigers and Liane Carroll, and a special Jamie Cullum radio show, which will go out live on Saturday afternoon.

In addition to a world class line-up of acts, the Beyond the Band tent will feature talks, workshops and masterclasses and will transform into a ‘silent cinema’, hosting a range of jazz inspired films.

We’re proud to once again be delivering a really diverse Festival programme that covers the entire jazz spectrum, incorporating blues, soul, funk, world music and more. We welcome musical megastars alongside the brightest emerging talents, all set against the beautiful backdrop of regency Cheltenham