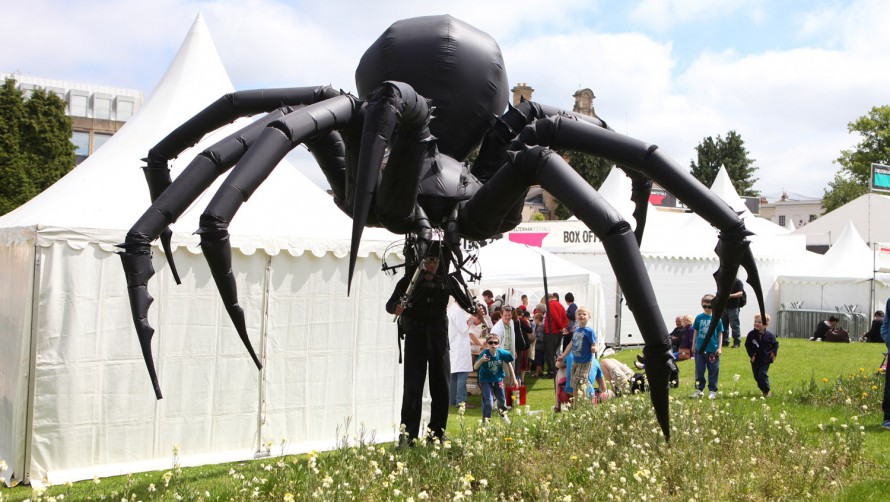 Thea is eight years old and is in Year 3. She loves reading and is interested in animals, cooking and playing outside. She is also learning piano. At the Cheltenham Science Festival this year, as well as going to quite a few events, she and her best friend, Olivia, enjoyed practising cartwheels in Imperial Gardens. One of the things she saw was a giant, mechanical spider, as well as a lot of explosions and some smashing chocolate!

On Friday 7th June, our class went to the Science Festival. We split into groups and did different things. I was in Mrs Stanley’s group.

First we did a trail in which we had to answer questions from posters on posts and write the answer on the sheet! After that we had we had lunch.

At the Discover Zone we looked at how you made one pennies turn gold!

Then we went over to a lady who had set up a stall in which you had to feel around in a box and you had to identify the object only with your fingers not your eyes.

Then we smashed some chocolate. First I smashed a Dairy Milk bar of chocolate but that did not work very well. So I tried a Fudge Finger and it was very good. Then we learned about cogs and gears.

After we did the cogs, we went to see a show about ICE! It was called Strange Ice, about different kinds of ice. Some of the girls in my class touched some dry and normal ice in bags to compare them. They said that the dry ice was dry and the normal ice was wet. There was also an explosion. I enjoyed it a lot. The Science Festival was epic!