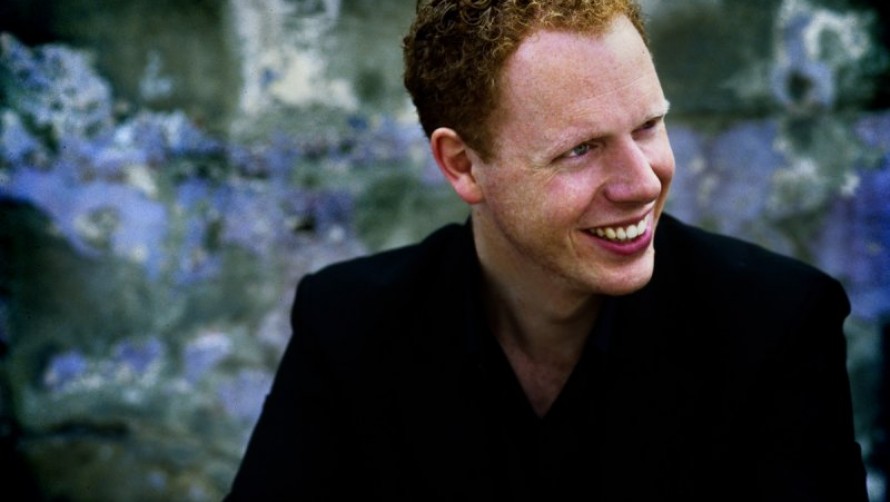 Pianist Joseph Middleton specialises in the art of song accompaniment and chamber music and has been highly acclaimed within this field. He performs and records with the greatest international singers in major music centres across Europe and North America. The Times recently described him as ‘the cream of the new generation’ and The Telegraph wrote that he ‘represents the crème de la crème of young British-based musical talent’.

Born in Gloucestershire, Joseph graduated with an MPhil from the University of Birmingham before studying piano at the Royal Academy of Music on an EMI Scholarship. He joins us at this year’s Cheltenham Music Festival for two performances: one in conjunction with BBC Radio 3 New Generation Artists scheme and the other with Dame Felicity Lott and the Royal Holloway Choir.

We caught up with Joseph to ask him a few questions ahead of his Music Festival appearance. Where does he call home? What’s his unfulfilled ambition? And what’s really on his iPod…

Place of birth: Cirencester, Gloucestershire
Studied: University of Birmingham and Royal Academy of Music, then Junior Fellowships held at RCM and RAM
Significant teachers and/or mentors: Michael Dussek, Malcolm Martineau
Place you call home: My bed. I love it. If I could do concerts from it, I would.
Career highlights: I feel deeply honoured to have accompanied Sir Thomas Allen at the Wigmore, Sage Gateshead, Oxford Lieder, Toronto and Vancouver Festivals and am looking forward to a Winterreise tour with him next year. I also loved recording Elgar songs with Dame Felicity Lott, performing Schubert with Mark Padmore, Mahler with Wolfgang Holzmair, Scandinavian repertoire at Het Concertgebouw with Katarina Karneus and Noel Coward with Ann Murray.
Press quote you are most proud of: I think my playing must encourage dairy-related analogies. The Times wrote that I was ‘the cream of the new generation’ and The Telegraph wrote that I represented ‘the crème de la crème of young British-based musical talent’.
Favourite composer: Impossible to answer. I like nearly everything, although I would feel my life much emptier without Schubert, Bach, Schumann, Debussy, Ravel and Fauré.
Unfulfilled ambition: I would like to design and build my own house.
Where will your next stop be after Cheltenham? Wigmore Hall in two days time, then looking forward to recitals with Sarah Connolly, Andrew Kennedy, Carolyn Sampson in preparation for our first CD together, and my first trip to Vienna’s Konzerthaus with Christopher Maltman.
Right now I’m reading: A Top Gear magazine and The Hare with Amber Eyes by Edmund de Waal.
The guilty pleasure on my iPod: The 16,000 tracks are all listed alphabetically with corresponding art work. Some might say I could have spent my free time better.
Britten or Poulenc? Impossible to choose. Both are giants of the 20th Century and therefore it’s incomprehensible to imagine the current musical landscape without either of them.
If you could play any other instrument, what would it be? All accompanists are closet singers.