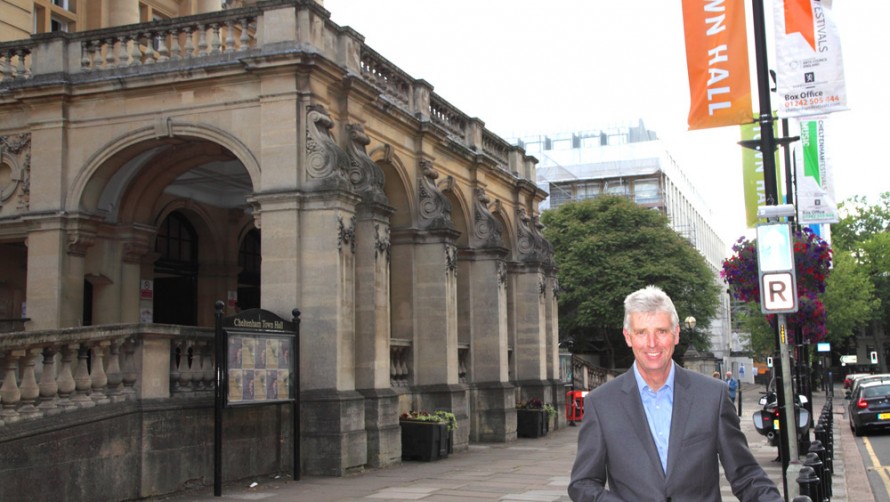 Edward Gillespie has been appointed as Chairman of Cheltenham Music Festival 2014, succeeding Christopher Cook who has stepped down after eight successful years in the role.

Edward, the former Managing Director of Cheltenham racecourse, takes the reins at a particularly exciting time as 2014 is a milestone year for Cheltenham Music Festival as it marks its 70th Anniversary.

Edward spent 32 years at the Racecourse, during which time he helped to develop and sustain the Festival as one of the highlights of the sporting calendar. His final year in charge attracted its largest ever attendance of 236,700 people over the four days.

Everyone at Cheltenham Festivals is delighted that Edward has chosen to share his vast business expertise by taking on the role as Chairman at the Music Festival.

Festival Director Meurig Bowen said: ‘Edward was an inspirational leader at the helm of Cheltenham racecourse and so we are thrilled that he is now joining us at Cheltenham Music Festival. He’s long been a friend of the Music Festival and so we’re really pleased to now be able to consider him an esteemed colleague and mentor too.

‘I know Edward has lots of ideas for the Festival’s future and we are already busy planning next year’s programme. 2014 is our 70th Anniversary; a landmark year for us which we intend to celebrate with our most momentous Festival yet.

‘While we joyfully welcome Edward, this sadly means that we must say a fond farewell to our outgoing Chairman Christopher Cook. Christopher has been an excellent Chairman for the Festival and we are all extremely grateful for the commitment he has shown the organisation, despite his many other commitments including as a leading music broadcaster, lecturer and critic.’

Edward said: ‘I’ve been visiting Cheltenham Music Festival as an audience member for decades, so it’s an incredible honour to be invited to be Chairman, particularly at such an exciting time. Cheltenham Music Festival has a truly illustrious history and I’m very much looking forward to taking on the mantle of Chairman and doing all I can to help Meurig and the tremendous Festivals team to continue to grow the success. Christopher has made a massive contribution and I’m most grateful to him for handing over a Festival in such excellent health’.

‘ I looked forward to this year’s Music Festival more than any of the 30 or so I have attended in the past. There was a fantastic range of events in equally diverse venues.

‘The programme is far more accessible than it was 20 years ago; a trend I want to see continue. There’s a perception among many people that classical music is too highbrow and not for them. Classical music is such a wide-ranging genre that there really is something for everyone, including families and children.’