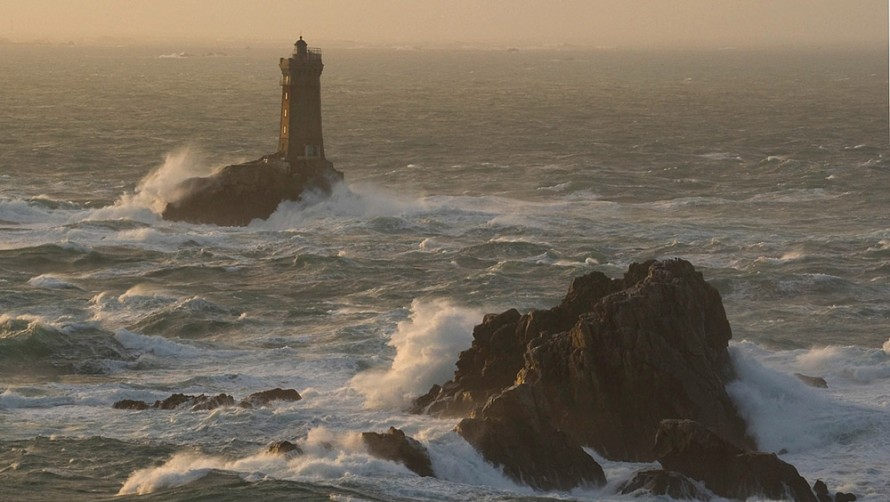 BCMG presents two works, one new, one established, both ‘plays for radio’, one on-stage, one off-stage.
The Lighthouse Keepers is a claustrophobic tale based on a French play of 1905. It premieres alongside Samuel Beckett and Morton Feldman’s Words and Music where Joe (words) and Bob (music) struggle to formulate expressions on themes such as love and age under the command of the mysterious Croak.

The two actors for this performance are Thomas Howes, from the hit TV series Downton Abbey and William Oxborrow.

Read a bit more about the people involved in this unique and exciting event:

Formed in Birmingham, June 1987
How did you meet? The Group was formed by two cellists, Simon Clugston and Ulrich Heinen, who at the time were both playing for the City of Birmingham Symphony Orchestra. Simon Rattle, Simon Clugston and Ulrich agreed to help. Together they developed the concept, put together the first season and found money to fund it – and from that point onwards BCMG has continued to go from strength to strength.
Significant mentors When setting up BCMG, Simon and Ulrich’s eyes were on London Sinfonietta and Ensemble InterContemporain in Paris as groups that operated on a level we could aspire for. However, in a way, BCMG has always been intentionally different.
Where do you rehearse? We mostly rehearse and perform at CBSO Centre, Berkley Street, Birmingham.
Career highlights Performing Gerald Barry’s The Triumph of Beauty and Deceit and three Thomas Adès works under his baton at Carnegie Hall, New York in 2008 is up there; as is the production, premiere and UK tour of David Sawer’s brilliant Rumpelstiltskin – which we plan to tour again in 2014/15, this time alongside The Lighthouse Keepers.
Press quote you are most proud of ‘I don’t think there’s another British new music group who generate such passion and excitement.’ The Times, 2013
Something else? To enable the Group to regularly commission and premiere new pieces of music –BCMG’s Sound Investment scheme was launched early on in the Group’s history. The scheme has raised £300,000 for the commissioning of new music. The Lighthouse Keepers is the 68th Sound Investment world premiere.
Where will your next stop be after Cheltenham? Our next large-scale concert will be in Birmingham in early October, conducted by BCMG Artist-in-Association Oliver
At this year’s festival, we absolutely wouldn’t want to miss the Composer Academy Showcase on Saturday 6 July as it’s vital that audiences support the endeavours of young composers.

Place of birth Leicester
Studied London and Leningrad
Significant teacher Ilya Musin
Place you call home Ruscombe, Gloucestershire
Career highlights My La Scala debut this spring
Favourite composer Beethoven
Where will your next stop be after Cheltenham? Nagoya, Japan
The guilty pleasure on my iPod is… What is an iPod?!

Place of birth Stockport
Studied University of York and Cologne Musikhochschule
Significant teacher Mauricio Kagel
Place you call home London
Do you still compose with pencil and paper? Yes
The piece I wish I’d written is the Pas d’Action from Stravinsky’s ballet Orpheus, where the Bacchantes tear Orpheus to pieces: the rhythmic brilliance of this section makes me jump up and down.
Instruments you play I used to play the violin, and can play the piano badly.
I’d love to have been an archeologist, like Heinrich Schliemann, and discovered Troy.
Right now I’m reading Michael Chabon’s Telegraph Avenue.

Buy tickets now for this event on Thursday, 4th July at the Parabola Arts Centre.