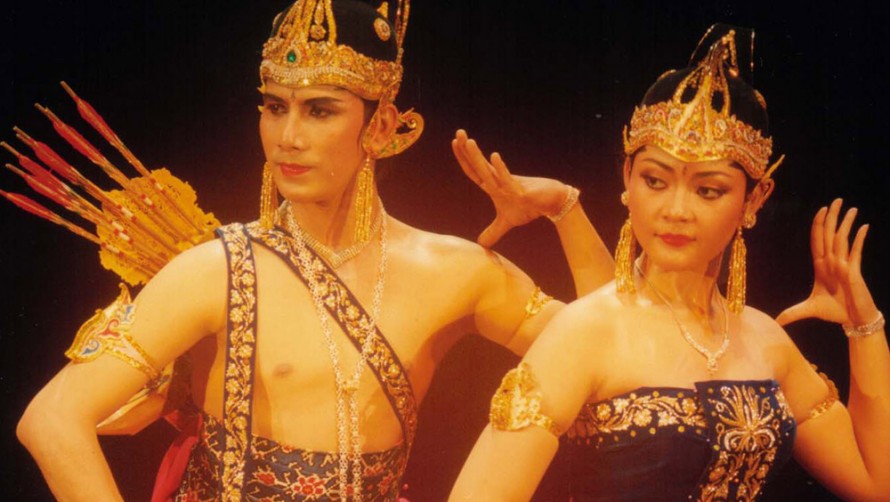 Cheltenham’s Pittville Pump Room houses one of the most beautiful and prized gamelan in the country. In this Britten centenary year, Mervyn Cooke focuses on the composer’s particular interest in this Indonesian gong orchestra.

The Canadian composer and ethnomusicologist Colin McPhee inscribed the copy of his two-piano transcriptions of Balinese gamelan music he gave to Britten in 1941 the inscription read: ‘To Ben – hoping he will find something in this music, after all.’ The remark is intriguing, since it suggests that at this stage Britten was certainly not enamoured of Indonesian music; but all that was to change dramatically in the 1950s, when he visited South East Asia for himself. He began to make creative use of gamelan scales, textures and sonorities in his own compositions.

It was the idyllic fortnight he spent in Bali in January 1956, a brief holiday during a five-month world concert tour that resulted in a far stronger engagement with Indonesian music and culture. Britten had been frustrated that he couldn’t complete a ballet commission for Covent Garden, but in the island’s gamelan music he now found the fresh inspiration he required to complete the score. With palpable excitement, Britten quickly made a thorough study of local gamelan performances. Material from these sources was then reworked into an uncannily accurate gamelan pastiche in the ballet’s second act, during which a fairy-tale princess finds herself stranded in exotic Pagodaland.

Britten’s excitement can be sensed in this letter Britten excitedly wrote to his assistant Imogen Holst from Bali on 17 January 1956:

[Balinese] music is fantastically rich – melodically, rhythmically, texture (such orchestration!!) & above all formally. It is a remarkable culture… At last I’m beginning to catch on to the technique, but it’s about as complicated as Schönberg.

After The Prince of the Pagodas, which was finally premiered in 1957, Britten continued to use the gamelan’s scales, layered textures and percussive sounds in other major works. By far the most satisfying and ambitious exploration of gamelan-inspired ideas was to come in Britten’s final opera, Death in Venice (1973). He revisited the score of The Prince of the Pagodas to remind himself of how he had written his earlier gamelan pastiche, but now he more boldly refashioned and distorted the borrowed ideas to help tell for one final time a story about the irreconcilable tension between innocence and experience that underlies almost all of his operatic output.

Mervyn Cooke is Professor of Music at Nottingham University. As a major Britten scholar, he has written extensively on the composer’s Far Eastern musical influences and has co-edited Faber’s extensive series of his letters.

Gamelan at the Pump Room, Monday 8th July, 6pm – 9pm
This night of gamelan opens up to everyone the visual and musical beauties of this Indonesian orchestra. Have-a-Go sessions and a special performance by Javanese dancers and musicians.