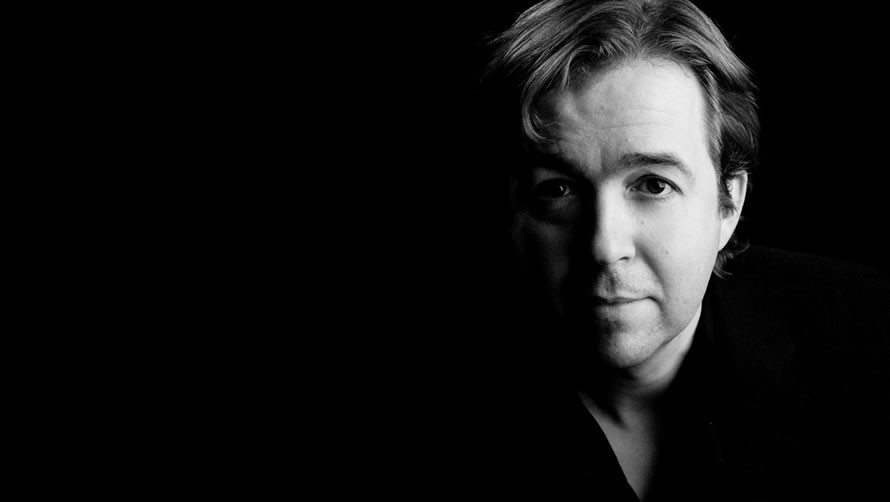 Why composers and conductors talk to each other…

“Lance, is it OK if he injects you with some sort of clear fluid? I’m not really sure what it is but he’s pointing it towards your spine.”

I had arranged to meet American composer Lance Hulme at his hotel in order to discuss his orchestral work Sirens’ Song which the Brno Philharmonic and I were due to record the following day. As it turned out, our discussion had taken a turn which I don’t think either of us had fully anticipated.

There’s something about conductors and composers discussing scores that feels faintly but compellingly illicit; a small part of you suspects you shouldn’t really be doing it but you just plough on ahead and do it anyway. On the one hand, the composer wants to write a score that speaks directly to the performer and which perfectly conveys his or her vision, thereby obviating the need to sit down in a shabby Central European hotel bar somewhere and explain how to decipher all the pretty hieroglyphs to the conductor. On the other hand, the conductor aims to bring to the table the ability to cast but a cursory glance at a score, instantly inhabit the mind of the composer and subsequently transfer wholesale the composer’s vision to around eighty hungry Moravians.

The composer-conductor discussion seems to admit, at first glance, the possibility that one or other party might conceivably have fallen short. So why do we do it?

To be fair, it’s often helpful. One composer recently sent me an earlier recording of his piece and said “don’t record it like this.” He then went through the score and told me everything that was wrong with it and we arrived at an agreed-upon interpretation by eliminating the infinite number of possible alternative interpretations.

When I conducted the UK premiere of Iannis Xenakis’s huge electro-acoustic ballet score Kraanerg, the great man walked in on the rehearsal at a point when the orchestra and the electronics were a full minute out of synch with each other. In the break he suggested we might like to tighten up our “ensemble”.

Lance’s score, however, is beautifully written and (in the very best sense) plays itself. The performer immediately gets a sense of the overarching form of the piece as well as of all the immediate textural detail.

In the end, I suspect that the composer-conductor meeting is not unlike a meeting between two prospective partners in a tandem parachute jump. If either had any doubt about the airworthiness of the equipment (or indeed of the other), they wouldn’t step anywhere near the plane. On the other hand, you’d want to meet up beforehand just to reassure yourself that your partner wasn’t the kind of person who’d bring a penknife to the party just to make the descent “interesting”.

As it happened, our discussions were curtailed by Lance putting his back out on the way over from Vienna. I quietly suspect that my deft navigation around a robustly monolingual Czech hospital (and, ironically, arranging for needles to be stuck into him) did as much to reassure Lance of my non-penknife-wielding character as any detailed discussion of his score might have achieved.

The day after the recording, I met Lance heading back towards Vienna and looking suprisingly sprightly. Perhaps it was the never-identified colourless liquid still coursing about his lumbar region that did it. Or maybe it was just that the recording of Sirens’ Song had gone pretty well.

We shall never know.

Lance Hulme’s Sirens’ Song will be released on ABLAZE later this year.

Catch Mikel Toms at this year’s Cheltenham Music Festival for ‘What’s It Like… To Be A Conductor?’ – Monday, 8th July