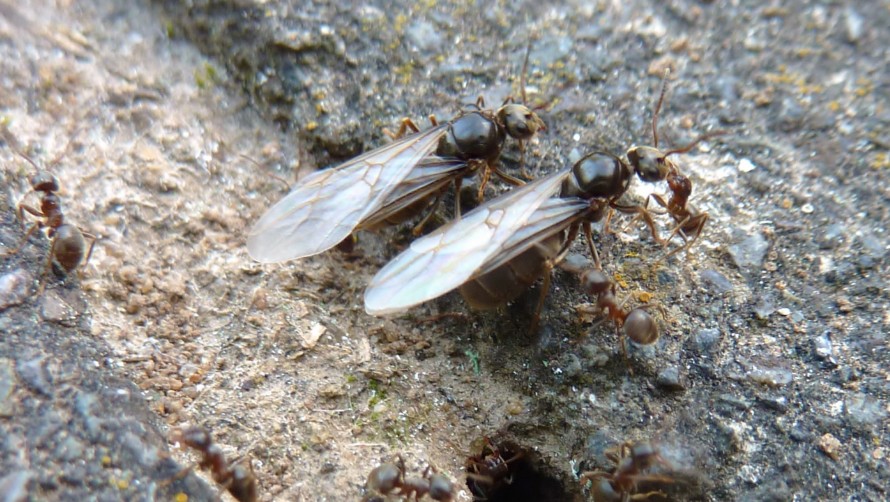 Like much of the animal kingdom, we inherit half of our chromosomes from our mother and half from our father. But some species have taken a very different approach to reproduction, and there can be advantages to dispensing with a father altogether.

Our Society of Biology pets, Macleay’s spectre stick insects, will be visiting Cheltenham Science Festival next week without their parents. In fact, only some of them have fathers. When there aren’t many males around, female Macleay’s spectres can reproduce asexually. Their offspring are exact clones of themselves, so are always female.

They are certainly not alone in this ability to reproduce without the need for a father.

Asexual reproduction is called parthenogenesis and occurs in many plants, some invertebrates (including water fleas, some scorpions, aphids and some bees) and a few vertebrates (some fish, amphibians, reptiles and very occasionally birds). And cloning isn’t the only way to do it.

Genetic relationships are even more complex in ants. The mating ritual of the black garden ant (Lasius niger) is one of our summer spectacles. Males and virgin queens leave the nest en mass for flying ant day, and this year we are keen that everyone who witnesses this takes part in our Flying Ant Survey.

Flying ants are the same species you see throughout the year, but on flying ant day we are witnessing a very interesting strategy for reproduction.

This means that a worker ant is more closely related to her sister than to her own daughters. Female ants share an average of 75% of their chromosomes with their sisters. They all inherit exactly the same chromosomes from their father, but only inherit half of their mother’s chromosomes, not necessarily the same ones. Just like in humans, a mother passes on 50% of her chromosomes to her daughters. This was probably important for the evolution of social insects.

There is no genetic difference between queens and workers; the difference is caused by the way they are raised.

Honeybees use the same system, but the queen often mates with multiple males (drones) so the workers won’t all share the same father. The greater genetic diversity in the hive is thought to protect against disease.

You may be wondering why stick insects produce clones while we rely on finding mates. This is actually a question which still fascinates scientists. Why did sexual reproduction evolve at all?

Rebecca Nesbit will be manning the Society of Biology stand in the Discover Zone at The Times Cheltenham Science Festival, along with her stick insects. She runs Biology Week, including the Flying Ant Survey, and has previously studied butterflies, moths and bees.

What did you think of #CheltJazzFest 2021? We'd love to hear from you! Your feedback helps us shape future Festiv… https://t.co/P8IrpkcoZE

Fancy some light afternoon reading? 😎 The reviews are in from @Jazzwise for #CheltJazzFest 2021. Don’t forget yo… https://t.co/2VLMZPhOdN

@Palomafaith_ec @BBCRadio2 @Palomafaith Hi there! You should still be able to catch the show on BBC sounds here: https://t.co/XTrCsF5n0s