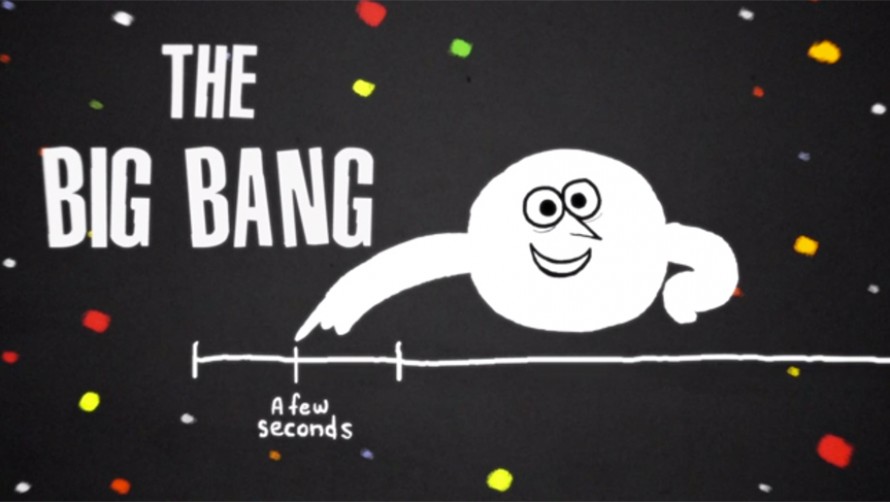 How did our universe begin? People have been trying to answer this since they’ve been able to ask questions. Tom Whyntie, speaker at this year’s Times Cheltenham Science Festival and winner of the UK FameLab 2009 competition, recently wrote and narrated “The Beginning of the Universe… for Beginners” as part of a collaboration between CERN and TED ED.

If you’re going to Question Everything, then where better to begin than questioning every thing? The matter of how our universe began has been tugging at the frontal lobes of humanity’s finest (and not so finest) since time immemorial. So when CERN (European Organization for Nuclear Research) invited me to write and narrate a short film about the origins of the universe for TED ED as part of their #TEDxCERN event, it was an offer I couldn’t refuse. The question (well, another question) was – where to, um, begin?

The study of the universe – its beginning, middle, and ultimate fate – is traditionally the realm of cosmology. However, you can study how matter and forces behave at the high energies and high densities by looking at what happens when you smash subatomic particles together in machines like CERN’s Large Hadron Collider. Indeed, I’ve spent many an afternoon with my cosmologist friend Andrew Pontzen arguing about which approach is better.

But for this video, I wanted to emphasise how the two fields – cosmology and particle physics – can work together to further our understand what really went on in those first few seconds. After all, even outside the huge teams of scientists working on experiments like Planck, the Compact Muon Solenoid (CMS) and ALICE, science is a team sport – and the best way we can make progress is to share our findings, knowledge, and insights with each other. Hopefully I did that, albeit as an animated British voiced blob.

Tom is speaking at the festival with Prof. Mike Charlton in PARTICLE PHYSICS: AN INTRODUCTION, 4pm, Friday 7th June in the EDF Energy Arena.

Tom and Andrew will also be filming for the HeadSqueeze YouTube channel at the Festival – stay tuned for their latest #SciGuide!