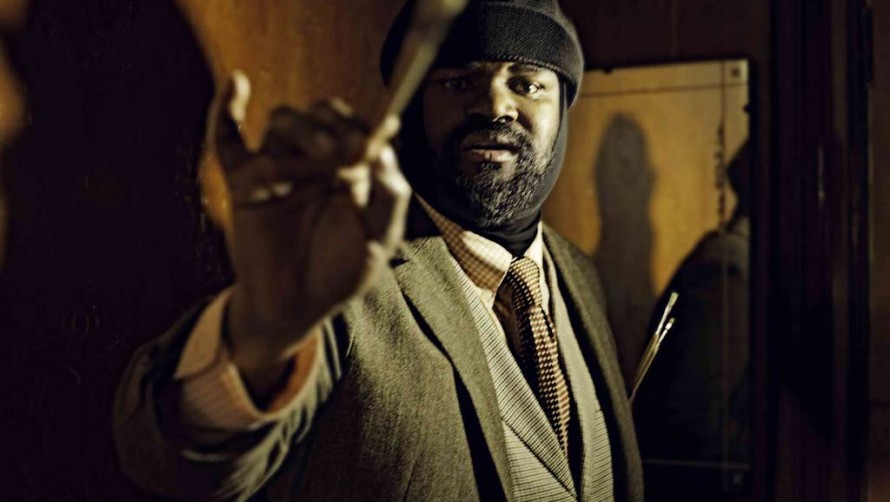 Gregory Porter has recently taken a turn towards soul, pop, and the classic RnB sound, which he displayed in his grooving show last night in the Big Top. There was a great musical connection between the rhythm section throughout the show, which itself was focused on “the movement and cleansing powers of water”, with music mostly taken from his 2 albums Water and Be Good with a few unreleased songs thrown in for good measure.

Not being greatly familiar with Porter’s music myself, and after being dubbed “the brilliant new voice of jazz” (Huffington Post), I expected more of a jazz vocal style. However, this did not detract from his rich and soulful voice, with elements of vocal improvisation similar to that of Stevie Wonder. Porter was also a great entertainer, getting the crowd involved with his performance and telling the stories behind his lyrics, which gave the evening a nostalgic element. He started with On My Way To Harlem, a cool soul groove which he wrote on a napkin during a subway ride in New York City. However, I felt the aggressive style of the sax to be a distraction to the otherwise cohesive and grooving sound of the band; the fast improvisational style a little out of place on this tune.

Water was a more atmospheric song, with a floating vocal melody backed by sections of groove and more open passages. This was my favourite tune of the evening, an explosion of energy as the band launched into the sax solo, this time the fast Cannonball-like solo style more agreeable thanks to some swinging accompaniment from the rhythm section. Porter’s own scat solo showed his natural feel for the music, at some points reminiscent of Kurt Elling’s sound and use of a large range of the voice.

They also played popular Porter songs Hey Laura It’s Me, Liquid Spirit and For All We Know, a jazz standard popularised by many legendary singers, from Billie Holiday through to Nat King Cole. This provided a much needed contrast within the set, and featured a captivating melody by Porter, accompanied by solo piano. Porter’s high vocal range was impressive and clearly impressed the rest of the audience too who thanked him enthusiastic cheers and round of applause. Chaingang gave a darker reference to the work-songs of the slave trade era, and took clear influence in Nat Adderly’s Work Song. This was perhaps the most energetic performance from Porter who had to catch his breath before No Love Dying, an optimistic song full of imagery, and the 2013 Grammy nomination Real Good Hands.

Overall the show was very entertaining and was a great showcase for Porter’s soulful and powerful RnB style. I would have liked to have seen more room for some jazz songs in the set, but the humble Porter is clearly a master of entertaining the audience nonetheless, finishing with a well-deserved standing ovation.