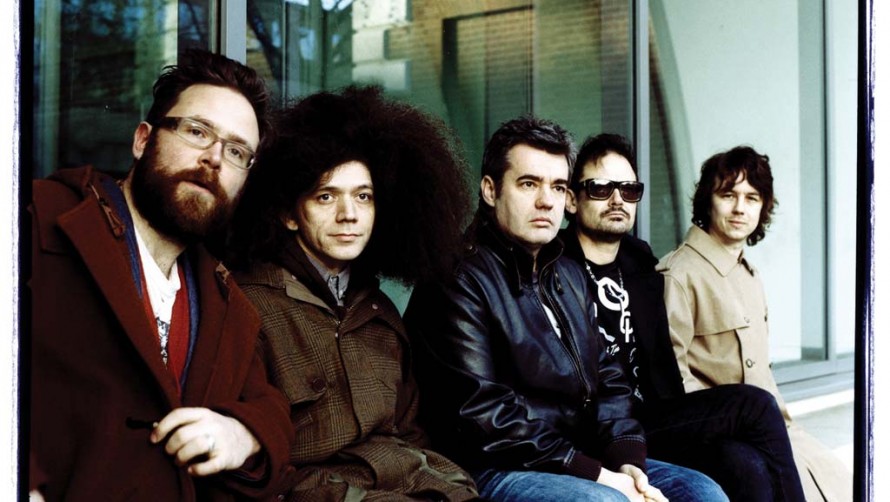 My penultimate show was the Roller Trio/Polar Bear double bill at the Jazz arena on Monday evening.

Roller Trio are Mercury prize nominees and have been praised for their contribution to jazz and creative music. Their opening number, Deep Heat, featured abrupt shifts of style and pulse, a technique also featured on The Nail That Stands Up later in the set. Gorilla (Guerrilla?) Toaster featured an atmospheric drone introduction before building to a energetic guitar feature for Luke Wynter.

Several of their tunes made use of a heavy, half-time rock feel (again, The Nail That Stands Up was the most notable in my opinion). The closer, Reef Knot featured a highly technical yet musically informed drum solo from Luke Reddin-Williams.

Despite their youth, the band seemed very comfortable onstage; James Mainwaring’s announcements were concise and sincere, and his use of electronics (and his tenor saxophone playing) was mature and added a valuable texture to the band.

Seb Rochford’s announcements during Polar Bear’s set were long and marked by pauses, but equal in sincerity – they played entirely new compositions which he admitted were all as yet to be titled; at one point he spontaneously dedicated a tune to a crying baby in the audience (Lucian, before you ask). The pieces were long, (apart from the last one, which started loud and ended louder!) and frequently run together.

Rochford’s tunes are atmospheric, contain abrupt changes of mood, and are often melodically simple with a strong foundational groove. The twin tenor frontline of Pete Wareham and Mark Lockheart have the ability to pick their moments to play and don’t crowd the considerable rhythmic and textural input of Rochford, Leafcutter John (electronics) and Tom Herbert (bass). Without wishing to get too ethereal, there was sometimes a pleasant inevitability to the music – I felt as if I knew what was coming, but also that it had to happen. Rochford stated his hope was simply that the music would make the audience ‘feel something’ – it did in my case!