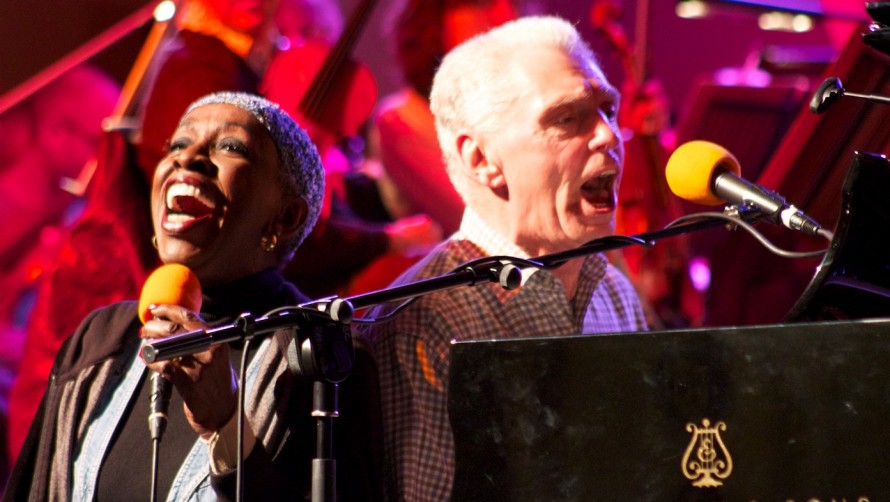 Georgie Fame is one of Britain’s most well-known rhythm and blues musicians, releasing over 30 albums in his career. In this epic 2 hour show, he charismatically led the audience through his adventurous life, the people he has met and his love of jazz, blues, R&B and rock and roll. I loved the vibe in the circus like Big Top tent, it was buzzing from the moment I stepped in; full of the bustle of the musicians preparing and the audience rushing around finding their seats, set to the varying sounds of 60s grooves right through to the Mingus big band.

Despite being one of the youngest audience members, after having heard the band and orchestra soundcheck from outside the Big Top all day, I was excited to see the show up close and personal and witness the world-class musicianship for myself. Admittedly, being a jazz nerd, I was perhaps more excited to see The Guy Barker Big Band than anything else, and they didn’t disappoint. Accompanying Fame through his myriad styles effortlessly, at some points reminiscent of Sinatra and Basie at the Sands and at others a fully fledged 60s rock and roll and rhythm and blues orchestra. Barker had written all of the arrangements himself and to his credit, utilised both the dynamic of his big band and BBC Concert Orchestra effortlessly and in a very musical way; the big band could really swing and at an instant drop down to allow the strings to sing a gentle melody at the quietest of volumes.

After an eventful medley of instrumental tunes, Fame strutted onto the stage and sang a blues accompanying himself on piano, and was then joined by Price, Bell and Money, who throughout the evening joined him in vocal exchanges and duets. Fame took the audience through his musical career, which is a lot more varied than I initially realised. He sang everything from pop ballads to Charlie Parker solos, even singing Chet Baker’s trumpet solo on Everything Happens To Me with incredible accuracy. I thought that Price, Bell and Money were a great addition as it really gave a personal connection to the tribute to Fame, however I felt as though they were missing a lot in the second set, and due to this the latter half of the show felt a little half hearted. Nevertheless, Fame knew how to work his audience, singing many of his hits including Yeh Yeh and The Ballad of Bonnie and Clyde, and the audience showed their appreciation with a standing ovation at the end of the show. Overall, having not heard much of Fame’s music myself, he proved himself to be both an amazing musician and impressive showman at the same time, over 50 years after the peak of his career. This was matched by the incredible musicianship of The Guy Barker Big Band and BBC Concert Orchestra, who for me really made the evening what it was.