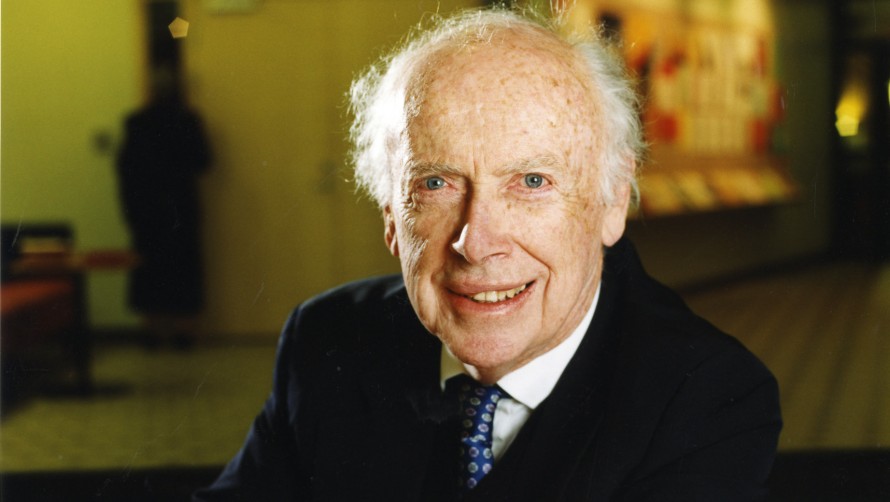 Few scientists find fame, and even fewer find it in their twenties. Yet in a Cambridge pub 60 years ago, a 25-year old James Watson and his colleague Francis Crick realised they had unravelled one of nature’s greatest mysteries: the structure of DNA.

That this acronym can be used without batting an eyelid is a testament to the fundamental nature of Watson’s work and the degree to which it has pervaded modern life. From the identification of Richard III to Angelina Jolie’s preventative double mastectomy, our ever-expanding understanding of DNA has provided us with a way to probe our past and our future as never before. And from creating the iconic structural model to publishing his entire genetic blueprint, James Watson has been leading the charge.

He hit the ground running with his university career beginning at the age of 15. By 22 Watson had a PhD from Indiana University under his belt and was already captivated by the burgeoning field of genetics — having investigated how x-rays affect the genetic material of bacterial viruses he wanted to delve deeper and probe the very composition of genes.

His chance came when he moved to Europe in 1950 to pursue his interest in nucleic acids. Attending a lecture by Maurice Wilkins in Naples, Watson saw X-ray diffraction data of DNA that spurred his determination to solve its structure. He gained a position at the Cavendish Laboratory in Cambridge, also the workplace of Francis Crick, and the rest, as they say, is history.

But the discovery of the double helix and the ensuing Nobel Prize was far from the culmination of Watson’s career. He went on to spearhead research into numerous areas including cancer-causing viruses, genetic engineering and RNA — a single stranded cousin of DNA — elucidating its role in turning the genetic information contained in chromosomes into proteins vital for life. He has worked at Caltech, held a professorship at Harvard and became director and later president of the Cold Spring Harbor Laboratory in New York, where he is currently Chancellor Emeritus.

With an enduring commitment to public interest, he led the human genome project for four years from 1988. Completed in 2003, the project underpins efforts to develop therapies tailored to individuals and Watson was one of the first to publish his own genome to aid scientific research in pursuit of this goal. He has also waded into science policy, staunchly opposing the patenting of genetic sequences.

Having been in the vanguard of genetics for over half a century it may seem surprising that Watson’s early ambitions lay elsewhere: fascinated by birds from childhood onwards he had originally intended to become an ornithologist. And while his career has taken quite a different tack, he has yet to put his binoculars down.

Watson’s energy for science shows no sign of flagging either. His propulsion into the public psyche has been in a large part a result of his powers of communication, from lifting the lid on scientific discovery in The Double Helix to writing seminal textbooks. From the layman to the scholar, Watson’s forthright style and persistent enthusiasm have found an eager audience.

It is with equal enthusiasm that we look forward to his participation in this year’s Cheltenham Science Festival.

See James Watson in The Scientist and the Landscape Designer, James Watson: In Conversation with Matt Ridley, Happy Birthday MRC!, and Birdwatching.