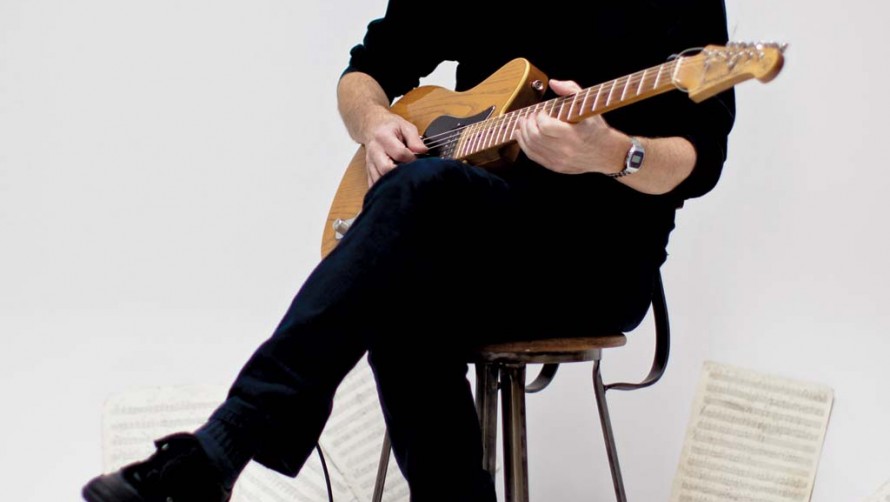 This show was also in the Big Top, and they were joined by Tom Kennedy on bass and Dave Weckl on drums. I confess the drum geek in me was excited at the prospect – Dave Weckl is one of the living legends of jazz/fusion drumming. I have seen him with this band once before (with Bob Malach on saxes), and he did not disappoint – flawless technique, smooth-as-silk grooves and great sounding drums and cymbals.

Enough! While I must admit this is not my favourite musical style, I know that it is difficult to find a more skilled group of practitioners. I enjoyed the melodious simplicity of Stern’s Wishing Well, the swingy funk of Evans’ Tit for Tat, and the duets, notably between Stern and Weckl (culminating in a rendition of Miles Davis’ Jean-Pierre). Stern sang on a number of his own tunes, and while he does not have the same freedom of expression on that instrument as he does on guitar, it was a pleasant addition to the sound.

Stern obviously enjoys himself a great deal onstage – grinning, dancing, yelling encouragement to his bandmates, and encouraging audience participation and making up his own lyrics to the bluesy encore Ode To The Working Man. An impressive, highly polished set that retained a sense of spontaneity. Perhaps a better description was one I overheard just after leaving the venue: one man claimed ‘never to have heard so many notes played at the same time’.