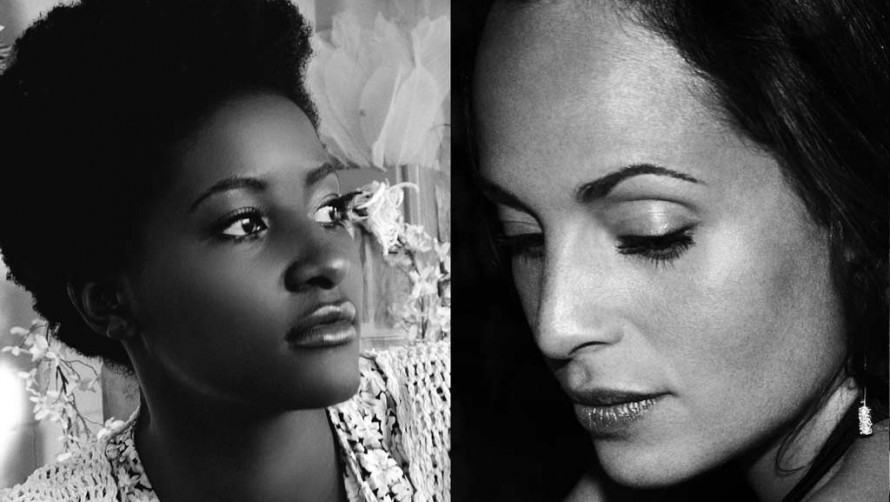 Hi everyone.
First up, Josephine in the big top on Sunday afternoon. A singer/songwriter who I admit I was unfamiliar with previously, she performed entirely original material and her acoustic guitar was augmented by the electric guitar and backing vocals of Steven Broad (I think – I struggled to hear a few of the announcements). Highlights of her set for me included the bluegrass-y feel and syncopated vocals of Salt Lake, the muted electric guitar of Pepper Shaker, and the waltz-like closer, House Of Mirrors.

She possessed a pure, clear falsetto that was used to great effect on the aforementioned Salt Lake, and when she put aside her guitar (as she did for Trespassers), it freed her up to deliver the song with greater power and authority. She seemed comfortable in the relatively spacious surroundings, managing to draw in the audience and create a quite intimate atmosphere. When she invited people to come and chat to her at the CD stall afterwards, it felt as if she meant it.

The second half was Emilia Mitiku and her band (Al Cherry acoustic and electric guitars, Emily Dolan Davies drums, and I was unable to catch the bass player’s name – apologies to him!) On that subject, not very many of the songs were introduced that I could hear – she announced early on her intention was to simply let the audience hear her music without much talking.

The set incorporated a lot of differing musical styles, opening with a fast shuffle groove and from there moving into uplifting pop-rock, laid-back swing (the only non-original number, the classic Dream A Little Dream Of Me), reggae and eastern European influences (in two back-to-back breakup songs), a slow 12/8 blues which contained some backing vocals from her drummer, (something that always impresses me) and straight-ahead rock.

It was a varied set that held my interest and it was enjoyable to see a singer who clearly know how to work with other musicians – her ability to control the intensity level and dynamics onstage really lifted the performance.