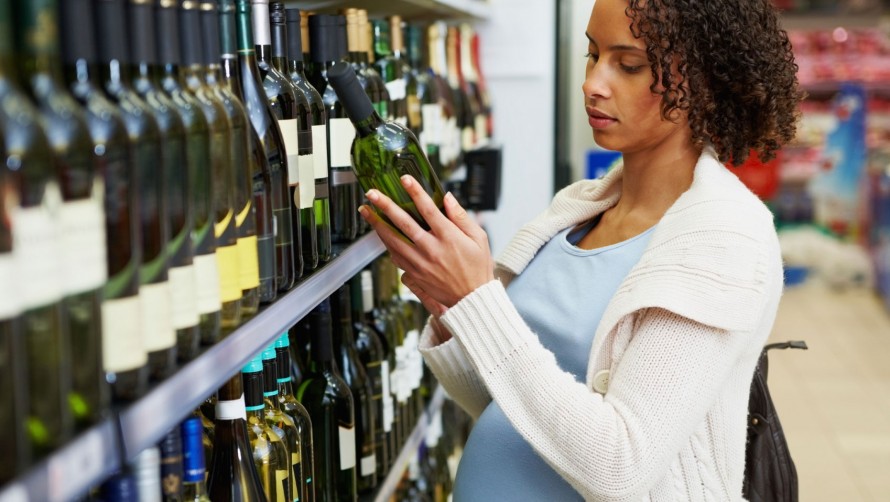 A woman sits down in a pub with a large glass of wine and a newborn baby, then pulls up her top and starts breastfeeding. Would you do a double-take? A few years ago, I was out celebrating a friend’s birthday (with baby in tow), when a hairy man in his fifties wearing a grubby t-shirt strode up to me and told me that I was disgusting. I’m not sure if he was referring to my swollen breasts, the fact that I was drinking, or that I’d deigned to take a baby into his local pub.

The issue of drinking during pregnancy and breastfeeding is one that can leave even the lightest drinker riddled with guilt and uncertainty.

I’ll refer any pregnant readers to a column I wrote for New Scientist about alcohol during pregnancy, but to summarize: it’s a massive grey area, though you’d be hard-pushed to argue that the odd glass of wine is going to cause any harm to your developing baby.

As for anyone who, like me, has just completed nine months of near-abstinence and is relishing being “permitted” to drink again (but worries that alcoholic wine-shakes might not be so good for their breastfed baby) I have both good news and bad.

1. It isn’t stored there, meaning that as your blood alcohol levels fall, so too does the amount of alcohol in your breast milk. There’s no point in pumping and dumping your milk the morning after a night out because you’re worried about its alcohol content (unless it was a REALLY big night out).

As a rough guide, it takes about an hour to process and eliminate one unit of alcohol from your body – although it also takes a little while for alcohol to get into your bloodstream after having a drink. This means that drinking your wine while breastfeeding is probably slightly better than drinking it afterwards as there’s more time to eliminate it before the next feed. It also means that if you have three glasses of wine (approximately 6 units) it will take 6-7 hours before your milk will be alcohol-free again.

2. If you do decide to breastfeed after a few drinks, the amount of alcohol that gets into your baby’s bloodstream will be significantly less than the amount in your blood, because it has to pass through their digestive system first.
So is it wrong to breastfeed if your milk is ever so slightly boozy? In the short-term, drinking alcohol dampens your “let-down” response, meaning your baby gets less milk to drink and will try and compensate by feeding more frequently until it catches up (not great if you have a hangover). Alcoholic milk also seems to affect the quality of babies’ sleep: they fall asleep faster, but sleep for less time overall.

However, there is no strong evidence that drinking while breastfeeding has any long-term health impact on babies’ development – though there is a surprising paucity of research in this area, so no-one really knows for sure. Personally, I don’t worry about breastfeeding if I’ve had a glass of wine or two with dinner, but I would feel uncomfortable about feeding my baby if I’d had a lot to drink, as it stands to reason that very boozy milk probably doesn’t do little babies any good. If I’m planning a big night out, I’ll either express some milk the morning before, or turn to my “emergency formula” supply.

My current dilemma is that I have a friend’s birthday to go to tomorrow night, and a 12-week-old who is going through a growth spurt — there’s literally no excess milk to express. So if you see me in the pub with a glass in one hand and a baby in the other, please raise your glass in solidarity.

Linda Geddes’ myth-busting book Bumpology has the answers to anything you’ve ever wondered about having a baby, and is a fascinating companion for every expectant mother and father.

See Linda Geddes in Bumpology: The Truth About Pregnancy