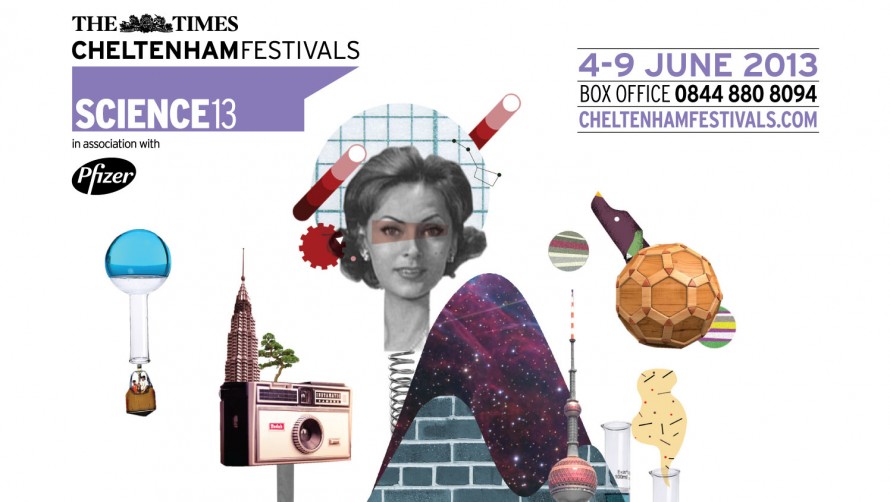 How is a butterfly wing like an iPad? Can an Act of Parliament cure cancer? What does purple sound like? And what makes the perfect cuppa?

Called the country’s “premier science festival” by Professor Brian Cox, Cheltenham Science Festival is a feast of hands on adventures, exciting debate and inspiring events for all ages. From asking what makes the world turn, to seeking out the secrets of the perfect cuppa, the Science Festival is all about asking questions – and this year’s programme features some of the world’s most outstanding thinkers exploring the biggest questions in science.

Leading the way, Guest Directors comedian Dara O Briain, Professor of Computer Science Dame Wendy Hall and Minister for Science and Universities Rt Hon David Willetts have each added a generous dose of their own ideas and enthusiasm to the line-up. Dara will interview physicist Peter Higgs and bring BBC2’s Science Club to Cheltenham, Wendy will explore how the web is changing society, and David will examine the challenges facing science and technology in the UK.

You can delve into the discovery of DNA with James Watson, examine the hunt for the Higgs boson with the man who started it all, Peter Higgs, and take a trip to the stars with pulsar expert Jocelyn Bell-Burnell. Explore the health of the monarchy with BBC2’s Lucy Worsley, and ask if an Act of Parliament can cure cancer with Maurice Saatchi. And join in debates with Festival favourites including Alice Roberts, Jim Al-Khalili, Mark Miodownik, Marcus du Sautoy and Robin Ince.

Festival-goers will be able to get hands on with the latest technology, explore the criminal mind and Shakespeare’s medicine cabinet, investigate exoplanets, meet winged predators and sniffer dogs and discover the science of tea. Audiences will learn about disturbed sleep, stem cells, fly-sized spies, Great comets, and how to survive a tsunami. The Festival also offers free hands-on science in the Discover Zone and ‘Area 42’, and informal science chat at The Talking Point.

Festival Director Professor Mark Lythgoe is thrilled by this year’s line-up: “We’ll be hosting some of our most inspiring and explosive events yet. We’ll be exploring some of the last century’s landmark scientific discoveries with big scientific thinkers, and looking to the future with a focus on cutting-edge research.”

The Medical Research Council, in partnership with The Times and Cheltenham Science Festival are on a hunt for the nation’s most significant medical innovation. Which medical discovery has meant the most to you and what would you most like to see over the next century?
Read all about the poll and how to submit your entry here.