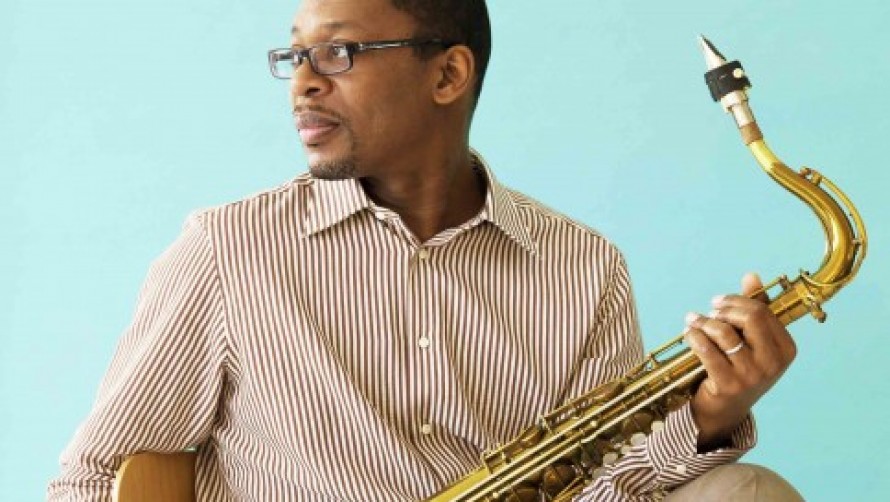 Jazz seems to go through fascinating changes of focus in the even number decades, the 1960s, 1980s, 2000s, and this year’s Cheltenham Jazz Festival programme has some strong links to the quite radical changes that emerged in the 1960s. This was a period dominated by the two major figures of jazz, John Coltrane and Miles Davis and was a decade when jazz refreshed itself, rediscovered its links with rock music, and developed a huge following for both the spiritual style of Coltrane and for Miles Davis’ rock influenced style of jazz.

The first link is with Ravi Coltrane, son of John and Alice Coltrane, who plays Cheltenham with his quintet. Ravi in fact was born just two years before his father’s premature death and was brought up by his mother, whose ambient spiritual music gained many followers both from jazz and other audiences.

Ravi took a long time to develop his own identity in the music, but recent albums, such as Spirit Fiction, show that he has his own voice that combines the power of his father’s music with the ‘elusive beauty’ of his mother’s. Interestingly, Ravi is a cousin of the electronic producer Flying Lotus and has appeared at live events with him.

The second link is with Gary Burton, the vibraphone player who appears at Cheltenham with his new quartet. Gary studied in Berklee in USA in the 60s at the same time as Mike Gibbs, and in the late 60s played with the very influential Larry Coryell Quartet, which built on the early jazz rock albums of Miles Davis and played a key role in further developing this style. Mike Gibbs is also at the festival leading and conducting the 12-piece Hans Koller Ensemble.

Mike was born in Southern Rhodesia, now Zimbabwe, and first spent time in London in the 60s and 70s where, amongst other things, he acted as musical director for the very popular comedy show The Goodies. Mike, along with Gil Evans, was a key figure in adapting the rock influenced style to big band jazz. At Cheltenham this year he presents a programme of arrangements for the Hans Koller Ensemble of Gil Evans pieces plus some of his own work. This is music of great subtlety, beautiful textures and infectious swing.

Moving to the 1980s, Mike Stern joined the newly re-formed Miles Davis Band, having played with an early version of Blood Sweat and Tears, and added the rock energy of that band to Miles’ new band. After Miles, Mike Stern went to play with The Brecker Brothers band and Jaco Pastorious. Since the 1990s he has followed his own career and led his own bands. He is a guitarist who loves to play and rolls off chorus after chorus of music of driving energy that one can just sit back and enjoy.

So, including Dave Douglas, the subject of a separate blog on this site, we are presenting five jazz legends from America, all of whom have a key place in the history of the music. Each one remains at the top of their game and will undoubtedly make an important and enjoyable contribution to the festival.