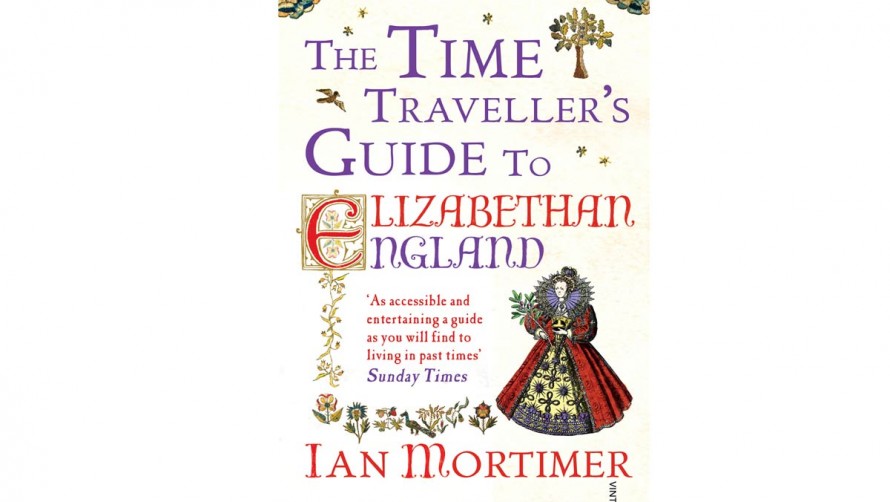 As Mortimer puts it, “sometimes the past will inspire you, sometimes it will make you weep”. What it won’t do, thanks to this enthralling book, is leave you unmoved.

A note from the editor

Ian Mortimer doesn’t write history like other historians. Where other works start with the big picture, he works up from the world and the preoccupations of the individual. Here, the time traveller’s everyday concerns – what to eat, where to stay and how to make sense of the foreign country she finds herself in – are asked of the world of Raleigh, Drake, Shakespeare and Marlowe.
In Ian’s hands, history becomes utterly immersive, richly sensual, a world as real as the one around you now. It’s history in the present tense. Ian has written Time Traveller’s Guides to both Medieval and Elizabethan England that have won him great acclaim and an army of devoted readers: if you haven’t read him yet, you have a double pleasure in store.
Stuart Williams, Publishing Director, The Bodley Head

Thursday May 9, Central Cheltenham.
Cheltenham Festivals Member? Apply for your free book and chance to attend.

We think of Queen Elizabeth I as ‘Gloriana’: the most powerful English woman in history. We think of her reign (1558-1603) as a golden age of maritime heroes, like Sir Walter Raleigh, Sir Richard Grenville and Sir Francis Drake, and of great writers, such as Edmund Spenser, Christopher Marlowe, Ben Jonson and William Shakespeare. But what was it actually like to live in Elizabethan England? If you could travel to the past and walk the streets of London in the 1590s, where would you stay? What would you eat? What would you wear? Would you really have a sense of it being a glorious age? And if so, how would that glory sit alongside the vagrants, diseases, violence, sexism and famine of the time?

In this book Ian Mortimer answers the key questions that a prospective traveller to late sixteenth-century England would ask. Applying the groundbreaking approach he pioneered in his bestselling Time Traveller’s Guide to Medieval England, the Elizabethan world unfolds around the reader.

He shows a society making great discoveries and winning military victories, and yet at the same time being troubled by its new-found awareness. It is a country in which life expectancy at birth is in the early thirties, people still starve to death and Catholics are persecuted for their faith. Yet it produces some of the finest writing in the English language and some of the most magnificent architecture, and sees Elizabeth’s subjects settle in America and circumnavigate the globe. Welcome to a country that is, in all its contradictions, the very crucible of the modern world.

A delightful book, full of busy research lightly worn, that is as accessible and entertaining a guide as you will find to living in past times.

Dr Ian Mortimer is the author of the bestselling Time Traveller’s Guide to Medieval England, eight other books and many peer-reviewed articles on English history between the fourteenth and eighteenth centuries. He is a Fellow of the Royal Historical Society and was awarded the Alexander Prize (2004) for his work on the social history of medicine in seventeenth-century England. In June 2011, the University of Exeter awarded him a higher doctorate (D.Litt.) by examination, on the strength of his historical work. He also writes historical fiction, published under his middle names (James Forrester). He lives with his wife and three children on the edge of Dartmoor, in Devon. For further information about him and a full bibliography, see his website: ianmortimer.com

The Time Traveller’s Guide to Elizabethan England is to be a 3-part series, broadcast on BBC2 as part of their Tudor Season this Spring.