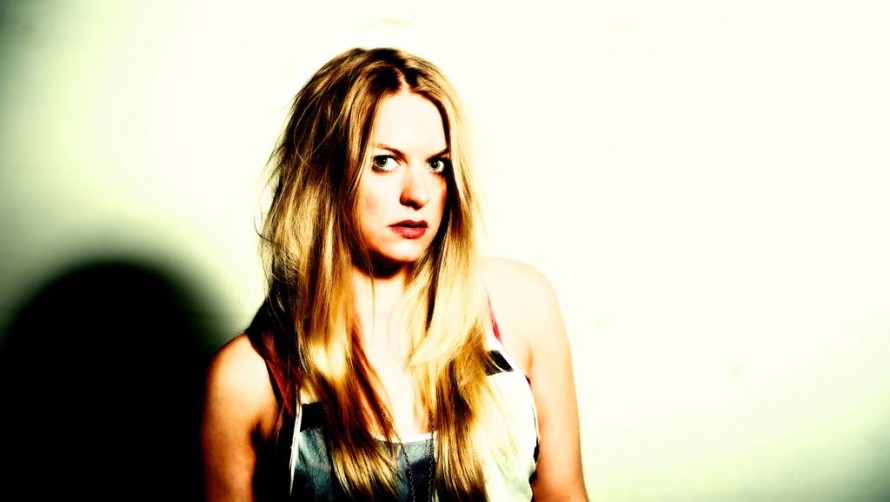 Jo Harman exploded onto the blues scene last year, supporting Don Mclean, Marlena Shaw and Terry Callier. With a world-class band and a stunning voice, she draws heavily on a compelling mix of roots, blues, gospel and soul influences in a style that has been compared to Eva Cassidy.

Jo joins us at this year’s Cheltenham Jazz Festival, where she will be performing tracks from her debut studio album Dirt On My Tongue.
We recently caught up with her ahead of her Festival appearance…

Cheltenham Jazz Festival is just around the corner. Are you looking forward to it?

Very much so, I think it’s going to be a great gig. What’s really nice about festivals is that you get a chance to perform to an audience that maybe wouldn’t necessarily know about you or maybe wouldn’t have specifically bought tickets to see you. But they think “I’ll go along to that” because they’ve heard good things and you manage to pick up a new audience. I do love the atmosphere at festivals too – everyone’s really happy and just wants to dance.

How would you describe your sound?

I would consider myself a root blues, soul artist. So I’m not trying to just do one thing in particular. I’ve got gospel tinges on the album and I’ve maybe got a bit more of a soul voice than a blues voice but then the guitars are very bluesy. There’s a bit of country as well, so it’s a nice mix.

Tell us about your new album, Dirt on My Tongue.

Dirt On My Tongue is my debut studio album, which is very exciting for me. It’s been a long time coming – you know, it’s been quite a few years finding out who I really am as an artist and I finally feel like that’s happened. I’m still discovering more things about myself every day and in no way am I totally developed – no artist ever really is. It’s not necessarily an out and out blues album or a soul record… it’s a bit of a story and it’s quite confessional.

Who are you influenced by, musically?

My influences, especially when I was growing up, were Aretha Franklin. In my early teens I just used to wail along to Aretha Franklin records and drove my parents mad probably! Janis Joplin as well, I love her energy. All those kind of old-school Memphis singers really inspire me – I’m not particularly religious but there’s something about gospel music that is so powerful. It’s a really inspiring thing to listen to.

You wrote nearly all the songs on the album yourself. What’s your approach to writing new music?

I did, apart from one called Fragile, which is by an amazing writer called James Maddock. His songs and lyrics are amazing. It’s really different depending on whether I’m writing on my own or with other people; each individual song has a different process. I sometimes get the lyrics first then put the melody to them – I really enjoy finding really nice chord patterns and progressions then adding things over the top. If I’m writing with someone we might try and do it all at the same time, so it really does vary. Whatever the hell works to get the song done really!

What else have you got in the pipeline?

I’m doing a little side project with some friends in America at the moment – a guy called Freddy V, who’s the saxophonist with the Average White Band and he’s got some great people working with him over there – a guy called Mo Pleasure, who’s a trumpet, keyboard and bass player and a famous session musician over there. Him and Fred actually both featured on the album, so we’re going to do a little side writing project and we might put an EP out. So we’ll see what happens. To be honest I’m open to collaborating with anyone who wants to collaborate with me!

Have there been any real career highlights for you so far?

I’ve had some really great ones. We’ve done some amazing gigs over in Holland, playing in front of almost 10,000 people. Playing on the same stage as Don McLean was pretty amazing for me. And, I have to be honest, getting booked for Cheltenham Jazz Festival was a really lovely moment. It’s a bit of a crossover for us and I was really chuffed to be contacted about it. We’ve got some amazing festivals coming up this year – Parkpop in Holland, which is like 300,000 people and I’m one of 11 main stage artists. The others are the likes of Bob Geldof and Sinead O’Connor so that’s pretty nuts! It’s been really mad this year but we’re going with the flow.