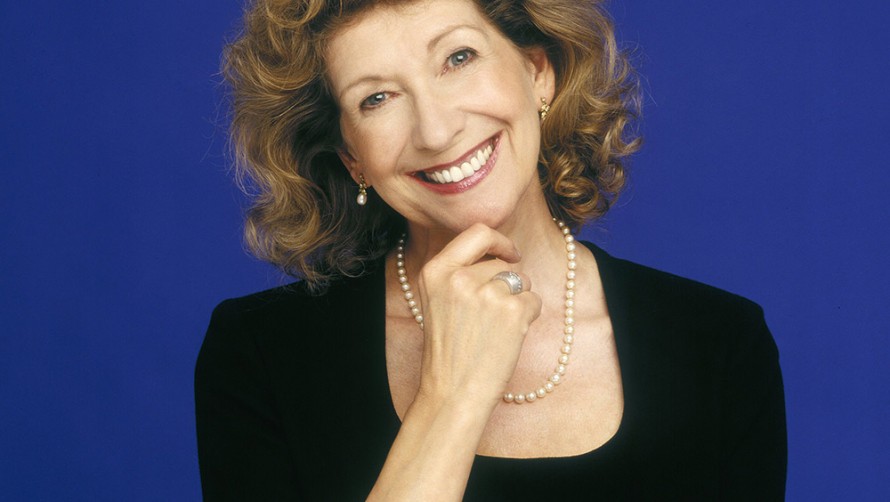 Dame Felicity Lott is one of Britain’s best-loved sopranos. She has earned an international reputation as a concert singer, working with some of today’s most celebrated musicians and conductors. She returns to this year’s Cheltenham Music Festival with The Royal Holloway Choir, performing Britten and Poulenc alongside specially commissioned works.

Felicity chatted to us recently about her love of French music, singing at a royal wedding and coming back to Cheltenham…

We’re delighted to be welcoming you back to Cheltenham Music Festival this year. Cheltenham has a special significance to you doesn’t it?

Yes, I’m from Cheltenham. I lived there until I went away to university and I love coming back – it’s such a beautiful place. I was very lucky, we had marvellous music teaching at school and I’m still in touch with a lot of my old school friends. We’re having a reunion in May!

What is it that you most enjoy about the Music Festival?

It’s a great occasion and very important in terms of promoting new music. Coming back to perform at the Pittville Pump Rooms just takes me straight back to school speech day! It’s such a lovely place and Pittville Park is beautiful.

It’s the centenary of Benjamin Britten’s birth this year – what is it that you love about his music?

He chose very interesting poems to set and, because of his relationship with tenor Peter Pears, he was a real singer’s composer. I’ve sung and recorded a number of the operas; Turn of the Screw, Peter Grimes, Albert Herring and A Midsummer Night’s Dream. I give recitals in France and we’ve arranged some of the Britten folk songs for harp.

Is there anyone up-and-coming in the classical music world that you are excited about?

Thomas Adès is completely brilliant – I think he’s a fantastic talent. I’m also thrilled to bits to be doing a new commission by Gabriel Jackson at the Music Festival. I admire him very much and I sang one of his commissions for Leeds Lieder Festival, a piece called Adonis Images. He writes really interesting and possible things to sing. I also had some songs written for me by a French composer called Régis Campo, who has created wonderful orchestral colours.

You’re known as an exponent of French music.

Yes, very much so – I’ll be singing some Poulenc in the Cheltenham Music Festival programme. We rehearsed with The Royal Holloway Choir recently, which was wonderful. That’s where I went to university, so I’m thrilled to be doing this première of Gabriel Jackson’s piece with them. The choir sings an English poem by Elizabeth Bishop, I sing a Baudelaire poem and Gabriel blends the two together. It’s lovely for me to have something in French, which has been the other great love of my life!

You’ve had a very illustrious career thus far, but is there a moment or performance that really stands out for you?

I performed Der Rosenkavalier with conductor Carlos Kleiber and the Vienna State Opera, which was amazing. But also years and years of opera in Glyndebourne. If Cheltenham is my home, Glyndebourne is my musical home. What else? I sang at a royal wedding! I thought that was going to change my life and I wouldn’t be able to travel on the bus or the underground but it didn’t quite work like that.

What else will you be doing at this year’s Music Festival?

English and French folk song settings by Britten – it’s nice to mix up the languages, as Gabriel Jackson has done with the poems. I’ll also be performing two songs by Michael Berkeley (CBE). I gave recitals back when Michael was running the Music Festival. One is called Echo and is a homage to Poulenc, which ties in well to an interesting programme. It’s very exciting that he’s had this honour given to him [cross-party peerage in the House of Lords]. He’ll be a powerful voice for music.

What else have you got planned for 2013?

I’ve just recorded a DVD of Poulenc’s La Voix Humaine with pianist Graham Johnson. Then I’m going off to France to do a concert with the wonderful harpist, Isabelle Moretti, who I’ve worked with for a few years now. I’m actually going to Mumbai as well! I went out there a few years ago to perform with the Polish pianist Maciej Pikulski – it seems a bit daft to go all that way just for one concert but it’s very exciting.

Felicity Lott will be performing with The Choir of Royal Holloway at Cheltenham Music Festival on Friday 12th July 2013.