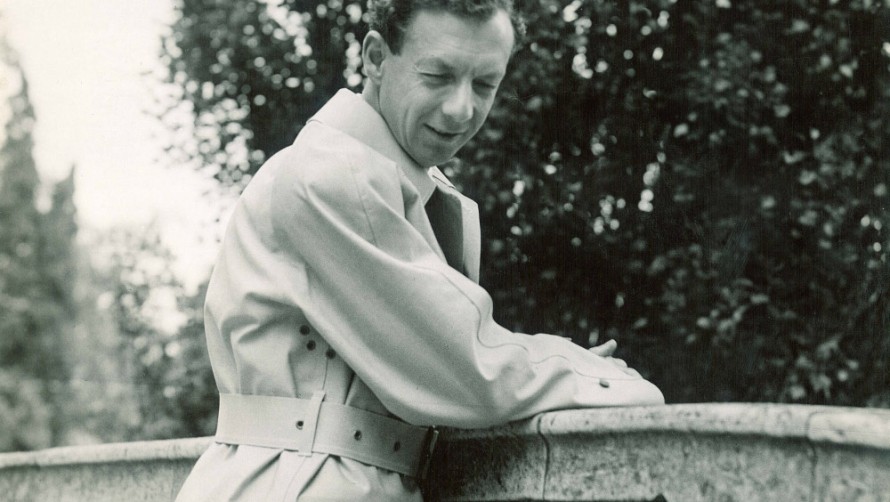 However much I have composed, the process is always a tantalizing voyage of discovery. It’s like visiting a foreign country for the first time. However well-travelled you are, the sights, sounds and smells are always a heady shock – acclimatising oneself takes time. So with a new work, I find I have repeatedly to walk its pathways and taste its special flavours, until I am able to make things fit together.

As my piece for Cheltenham also involves poetry, it’s a question of getting inside the moods and patterns of the words. Yet as I become familiar with the terrain, so I start to move faster, more confidently. And the first song, setting Byron, is now complete – and ready to be sent off to the tenor Toby Spence.

I had initially thought my piece would move expression-wise in a single direction – from darkness to light: beginning in Britten’s night-time world, psychologically-speaking, and reaching, by the last song, a place of serene brightness. But as I delved deeper into the Byron, and responded to its turbulent mixture of despair and urgent hope, it became clear to me that a one-way route for the piece as whole would be too simplistic. And so instead I now have in mind a work that sways back and forth between shadow and illumination, between frailty and strength.

I have Philip Larkin’s Days to take on next, then Blake’s A Poison Tree. Following that, I’ve found a poem by the early 20th-century English-Jewish poet Isaac Rosenberg, who was killed in the First World War. And finally an exquisite text by the American E. E. Cummings, whose blend of the lyrical and the modern I’ve felt much in common with for many years.

Musically speaking, I’m now feeling my way well into the myriad possibilities of how black and white mix – I might say ‘50 shades of grey’ if it hadn’t already been used elsewhere. Harmonies may be thought of in terms of colours, while musical texture – the weave of the music – has endless possibilities in terms of, say, how a bright image may contain a troubling shadow, or how dark clouds may have the sun glinting around them.

And I also have a further fundamental musical source to draw on: the performers. Toby Spence has a voice that can move from the most simple, almost innocent sound, to a full-on operatic intensity. Richard Watkins – whom I’ve known since childhood – can float his horn sounds across the air like few others. Stephen Layton knows my work from long ago, when he conducted a work of mine with the choir of King’s College, Cambridge. I’m fortunate indeed.

The finished piece will be premiered in the final concert of the Cheltenham Music Festival, Sunday 14th July.