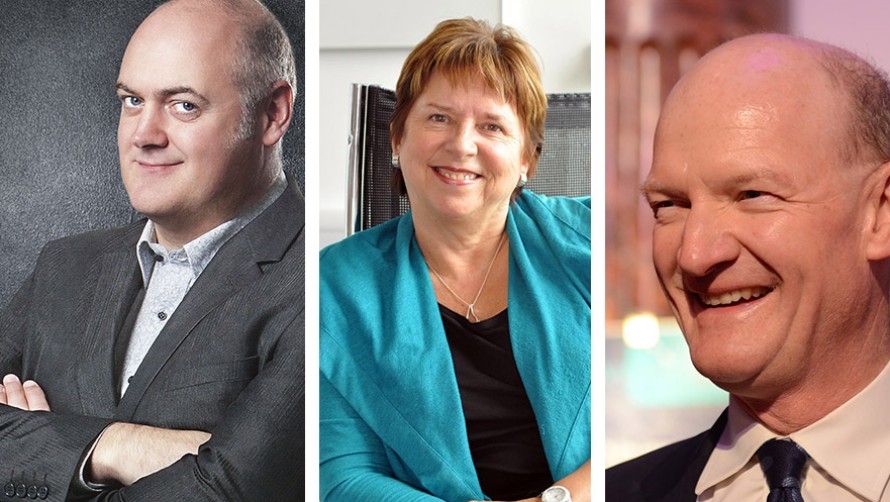 We’re very excited to introduce our three Guest Directors for this year’s Science Festival: television presenter and comedian Dara O Briain, computer scientist Professor Dame Wendy Hall and Minister for Universities and Science, Rt Hon David Willetts MP. This year’s Festival is shaping up to be one of our most surprising, inspiring and explosive programmes yet – and we’ll be revealing the full line-up online next week, but in the meantime you can see what our Guest Directors will be up to in June…

Comedian, presenter and theoretical physics graduate Dara O Briain will be joining us to explore his love of all things scientific. The frontman of BBC 2’s Science Club and Stargazing Live, Dara is a keen astronomer with a curious mind. Throughout the Festival he’ll be flexing his scientific muscle in an interview with Professor Peter Higgs, pitting brains against brawn in School of Hard Sums, and hosting a live Science Club with some special guests from the show.

Dame Wendy Hall is Professor of Computer Science at the University of Southampton and is one of the most influential people working in IT in the UK. One of the first computer scientists to undertake serious research into multimedia and hypermedia, she has been at the forefront of the field ever since. Wendy joins us in Cheltenham to explore how the internet impacts on our society, shapes how we think and changes the way we interact with each other and the world around us.

As Minister for Universities and Science, Rt Hon David Willetts MP is at the forefront of scientific policy in the UK. An advocate for the study of STEM subjects and public communication of science, David is a regular visitor to Science Festivals across the country. He joins us in Cheltenham to explore the challenges facing science and innovation in the UK today.