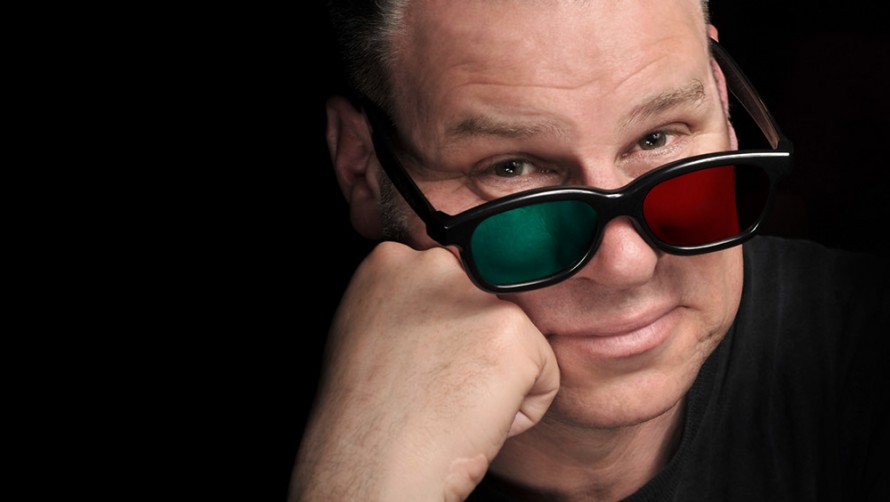 Acclaimed film critic Mark Kermode joins us on the opening night of Cheltenham Music Festival for a ‘night at the movies’. In the first performance of a specially-curated national tour, he is joined by the City of Birmingham Symphony Orchestra to talk about his favourite films and film scores. He gives us a glimpse of what to expect…

Listen
“Director William Friedkin commissioned a Lalo Schifrin score for his unforgettable chiller which was then dramatically ditched in favour of existing pieces by composers such as Krzysztof Penderecki and Hans Werner Henze. But it was the opening bars of Mike Oldfield’s Tubular Bells, used only fleetingly in the film, which became synonymous with this terrifying tale of demonic possession, to the apparent bemusement of Oldfield who was no great fan of the film.”

Listen
“Ken Russell’s finest work is a fiery true-life tale (adapted from John Whiting’s play and Aldous Huxley’s book The Devils of Loudon) about religious hysteria and political corruption. Heavily censored on its original release, the full ‘director’s cut’ is still considered too incendiary for general release. Much of its power came from Peter Maxwell Davies’s score which perfectly accompanied the increasing madness of what Russell called ‘my most, indeed my only political work’.”

Listen
“For my money, this underrated seventies classic from director Doug Trumbull, who created some memorable visual effects for 2001, remains a superior – and crucially more ‘human’ — work to Kubrick’s feted Space Odyssey. A tale of a lonely astronaut cast adrift in space with the last of the Earth’s forests, the soundtrack album to this heartbreaking sci-fi gem was one of my most treasured possessions as a child, with Peter (aka P.D.Q. Bach) Schickele’s score alternately majestic and melancholic.”

There Will Be Blood

Listen
“In 2008, Jonny Greenwood became the proud recipient of a’ Kermode Award’ for Best Music for his haunting work on Paul Thomas Anderson’s masterpiece about the search for oil and the loss of innocence. My awards (hosted on BBC 2’s The Culture Show) were set up to recognise the kind of fabulous work which is regularly overlooked by the Oscars – of which there is no better example than this terrifically evocative score which was disqualified from Academy consideration on a tenuous ‘technicality’. The original soundtrack was recorded under the baton of our conductor Robert Ziegler.”

Listen
“One of my favourite movies of all time, this die-hard Disney favourite is practically perfect in every way, boasting a memorable story, splendid performances (Julie Andrews and Dick Van Dyke both at the top of their game – despite his geographically challenged ‘London’ accent), breathtaking visual effects and – perhaps most importantly – some of the finest music ever to grace the silver screen with songs by the Disney giants Robert and Richard Sherman all overseen by the orchestral wizardry of Irwin Kostal. Awards were showered upon it, and rightly so. Completely Supercalifragilisticexpialidocious!”

Planet of the Apes

Listen
“In my book It’s Only A Movie, I claimed that everything I know about politics I learned from the Apes movies. This was no exaggeration – I really did learn about how the world worked from watching men dressed up as monkeys. For me Jerry Goldsmith’s bold, dissonant score is not just a great movie soundtrack, it’s the sound of my education. Legend has it that Goldsmith wore an ape mask while writing and conducting in order to “better get in touch with the movie”!”

Twin Peaks: Fire Walk With Me

Listen
“David Lynch’s brilliant big screen prequel to his cult TV hit was savagely mauled by critics on its original release, ensuring that the film failed to find the audience it so richly deserved. Years later, it is increasingly being recognised as one of Lynch’s most extraordinary works, part horror-movie, part grief-stricken elegy. Chief amongst its strange pleasures is Angelo Badalamenti’s moody score, at once seductive and spine-tingling, and utterly spellbinding.”

North by Northwest and Taxi Driver

Listen – North by Northwest
Listen – Taxi Driver
“Two examples of the work of the great Bernard Herrmann, arguably the most important film composer of the 20th century. While Alfred Hitchcock was revered as the master of suspense, it was Herrmann who provided the heart and soul (and pulse) of many of his most memorable movies, including Vertigo, Psycho, and of course North by Northwest. Having worked with Orson Welles on Citizen Kane and won an Oscar for The Devil and Daniel Webster, Herrmann became Hitchcock’s key creative collaborator – their names as synonymous as Lennon and McCartney. His final score, for Martin Scorsese’s epochal Taxi Driver, was recorded just before his death on Christmas Eve, 1975, earning Herrmann a posthumous Oscar nomination. Decades later, that score (as so much of his work) still sounds as electrifying as the day it was written.”