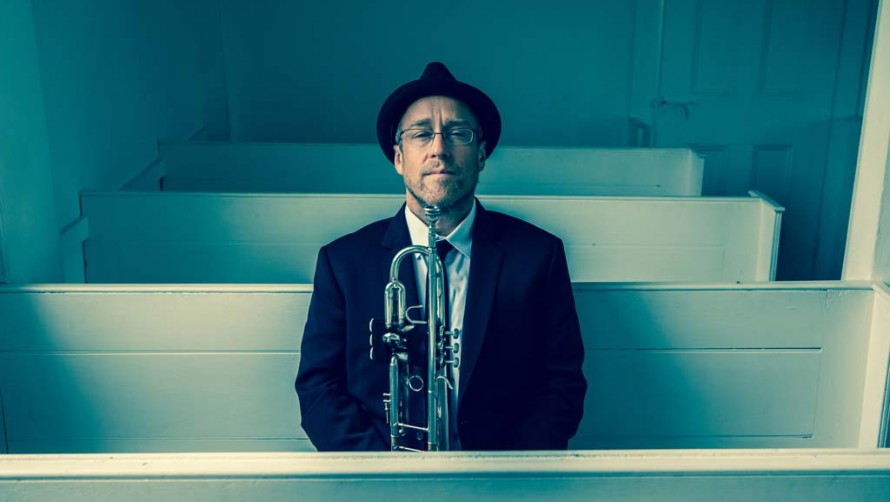 For me, the appearance of Dave Douglas and his quintet with vocalist Heather Masse is a real Jazz Festival highlight. Dave is a musician whose dedication to the craft of performance and composition I greatly respect and whose music I thoroughly enjoy.

In my first year at University a fellow trumpet player urged me to check out an upcoming gig in Leeds, at the brilliant Wardrobe venue. I am forever indebted to him for that recommendation, as this was the night I discovered Dave and his music. It also turned out to be the first gig I went to with my future wife, so it’s a great memory for lots of reasons.

The Wardrobe was to prove an important venue for my musical education over the next few years and this was a great way to start. Up to that point my musical horizons were a bit limited, particularly where jazz music was concerned, with a background firmly rooted in traditional big band and standard material. Dave’s music was a fresh sound to me and it was the beginning of 4 years of discovering a whole range of superb music and innovative creative approaches.

His music features lyrical melodic lines, absorbing solo playing and a strong modern groove, which conjures up images of hip downtown jazz clubs in New York. His choice of collaborators and different musical projects has always impressed me and reflects his considered and forward thinking approach.

His latest project is a superb example of a thoughtful and well-crafted response to a significant personal inspiration. The musical result, his album Be Still, is beautiful and ultimately uplifting. It mixes jazz with Americana, folk, and hymnal music. Its origins are poignant, featuring arrangements of hymns his mother asked him to perform at her funeral service. Alongside these are some excellent original compositions and several other arrangements of traditional folk themes.

At Cheltenham, Dave and his quintet will be joined by vocalist Heather Masse to perform this wonderful music. I’m now also indebted to Dave for introducing me to Heather. She is a fantastic singer with a gentle, warm voice that really draws you in. She studied as a jazz singer, and is steeped in that tradition, but has also developed a distinguished reputation for her work as a folk and bluegrass singer with the Billboard-charting folk supergroup The Wailin’ Jennys. She seems the perfect singer to convey Dave’s arrangements.

I cannot recommend this recording or the Festival performance highly enough, whether you are a Festival regular or a jazz newcomer. This is truly moving and engaging music making of the highest quality – something it is a privilege to present at this year’s Cheltenham Jazz Festival.