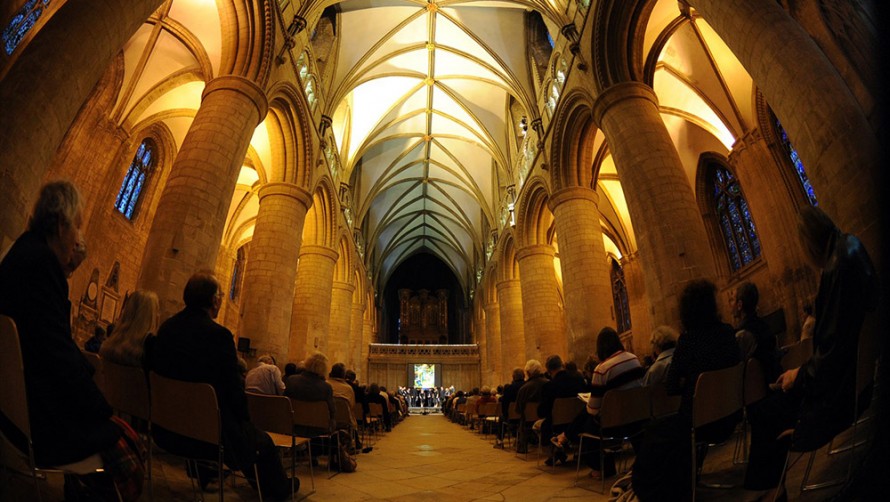 When you’ve been assembling the hugely varied contents of this Music Festival programme for 18 months and more, as Director Meurig Bowen has, it’s inevitably hard to single out just a few events. But to highlight the massive range of the programme, here are some Festival Choices by Meurig:

The Priority Booking Must – M28

2012 was an amazing, career-defining year for star violinist Nicola Benedetti. Her talents shone in situations as varied as the Last Night of the Proms, high up in the CD charts and on breakfast telly sofas. She has now consolidated her position as a musician of rare class and international standing – the complete package. Witness her close-up at the Pittville Pump Room in beautiful trios by Beethoven and Tchaikovsky.

If you instinctively give the Music Festival a wide berth because classical music isn’t for you, stop right here! Both these concerts are crowd-pleasing barrier-breakers: one, a feast of stirring, fascinatingly varied film music curated and introduced by critic Mark Kermode; the other a virtuoso display of a cappella vocals that effortlessly bridges the gap between classical, jazz and pop. Where else can you hear Bach and Mumford & Sons in the same concert?

The same creative team that melded striking music with silent film in Salomé last year brings a new cross-media project to Parabola Arts Centre in 2013. Michelangelo’s extraordinary anatomical studies prompt – in a fusion of music, dance and film – what will undoubtedly be a musical and visual treat.

Dream Teams don’t get better than this 200-strong super-chorus and orchestra, brought together specially in Gloucester Cathedral for this concert of French classics by Fauré, Ravel and Poulenc. Let the spirit soar, let the soul be calmed – and prepare to be pinned to the back of your seat by moments as contrasting as the Pie Jesu in Fauré’s Requiem or the mighty force of the Cathedral organ in Poulenc’s schlock-gothic concerto. A concert promising spine-tingling majesty and huge emotional range.