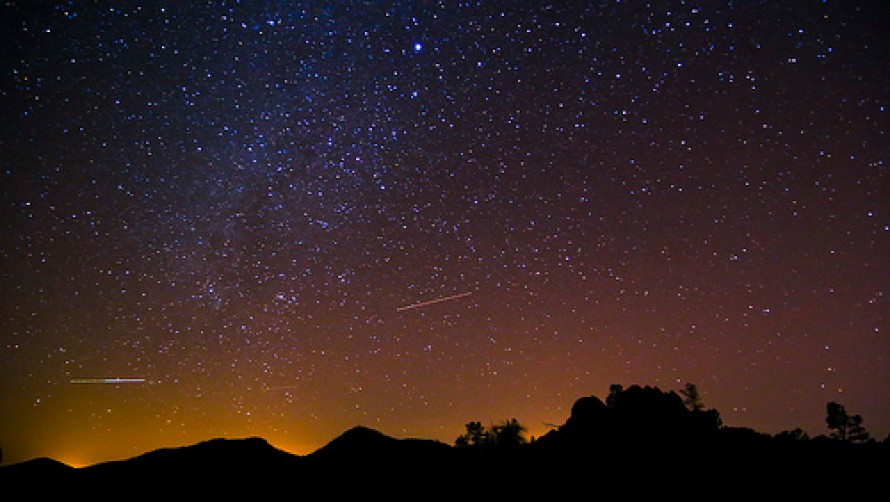 Alan Fitzsimmons is one of the project leaders of the Pan-STARRS project, which looks for new objects in the night sky.

As the newly discovered C/2011 L4 PANSTARRS comet comes into view in the second week of March, we caught up with him from his base in Hawaii to find out a little more about what we could be seeing…

What are you up to in Hawaii?

Right now I’m working on the Pan-STARRS project. We’re using the Pan-STARRS 1 telescope – known as PS1 – to survey the Solar system, finding new asteroids and comets, and measuring those we already know about.

PS1 is the world’s largest astronomical camera, taking pictures that are 1.4 Gigapixels in size (1,400 Megapixels). In a single 30-second exposure it covers an area of sky 30 times the size of the full moon, and detects objects two million times fainter than you can see by eye.

Are you discovering new comets all the time then? How do you go about doing that?

Each night, PS1 looks at the same patch of sky two to four times. Between the exposures, a comet in orbit about the Sun will have moved slightly, and we can see that motion against the background of much more distant stars and galaxies.

To identify it as a comet we look for the gas and dust that comets expel when they are warmed by the Sun’s heat. It turns out that PS1 is a pretty good comet finder, so far we’ve discovered 28, and we expect to find many more.

What is a comet? What’s so great about them?

Comets are the left-over building blocks from the formation of the Solar system. By studying them we can figure out what it was like back then, and what the material was that went into making the planets (including our Earth). We also believe that all of Earth’s water may have been brought here by comets, which has implications for looking for life in other solar systems.

What’s especially interesting about this comet? What can people expect to see?

The orbit of C/2011 L4 PANSTARRS will bring it within the orbit of the planet Mercury this March. As it will be so close to the Sun, the comet should be releasing a lot of gas and comet dust from its surface, making it much brighter than most other comets. Much of this material will be swept back into the tails of the comet, stretching millions of kilometres away from the Sun. To see this from the UK with their own eyes, people should be looking low down in the Western sky about 30 minutes after sunset from March 9th onwards. The best views will probably be with a pair of binoculars.

What’s your favourite thing in the night sky?

Well, apart from comets(!), it’s the night sky itself. Most people never get to see a truly dark sky, as they live in cities or towns with lots of streetlights. In my work I’ve stood on mountain tops where there is no artificial light for many miles. There I’ve seen my shadow cast by the planet Venus, watched the ghostly zodiacal light rise before the Sun, and been able to walk by the light of the Milky Way alone.